IT modernization, procurement policy, and the GSA schedules: ‘To be or not to be’

On Aug. 30, the American Technology Council (ATC) issued for public comment its draft 36-point plan for federal IT modernization.  The draft, “Report to the President on Federal IT Modernization,” sets forth a blueprint for IT modernization focusing on three broad implementation areas:

On Aug. 30, the American Technology Council (ATC) issued for public comment its draft 36-point plan for federal IT modernization.  The draft, “Report to the President on Federal IT Modernization,” sets forth a blueprint for IT modernization focusing on three broad implementation areas:

Layered cybersecurity capabilities, use of commercial cloud services, shared security services, and applications are among the key features to be addressed as part of the overall modernization strategy. Comments on the draft are due Sept. 20.

Coalition members welcome the focus on IT modernization as a strategic facilitator in reorganizing government to enhance the delivery of secure, best value services and support to the American people. Members also appreciate the opportunity to comment on the draft IT modernization plan and believe comments represent just the beginning of a robust, comprehensive, and timely dialogue on the future framework of federal IT.

The draft IT modernization plan includes several areas, on which, the Coalition will focus in future blogs, including category management strategies, the government’s role as a buyer in the market, and the proposed pilot outlined in Appendix D of the report. In the meantime, this blog focuses on the leading role procurement reform can play through the GSA Schedules, in particular, IT Schedule 70, to increase access to commercial IT solutions, services, and products that will support IT modernization and facilitate agencies’ missions.

As noted in the IT modernization plan, although procurement policies and procedures remain a weakness, and many would say a choke point, in acquiring the latest IT capabilities from the commercial market, it is an area where existing policies and programs can be updated to readily increase competition and access to commercial IT solutions. Nowhere is this opportunity for quick improvement more apparent than in GSA’s IT Schedule 70 program. Over the years, as it has attempted to incorporate cybersecurity capabilities, cloud computing, and SAAS, the restrictive pricing compliance policies and procedures have created disincentives for commercial firms entering the federal market. The Administration’s IT modernization effort provides the impetus and the imperative for schedules reform that enhances access to innovative commercial IT services and solutions.

Over the last five years, the Coalition has articulated a clear vision for schedules reform. Indeed, in an effort improve competition and access to the commercial market through the schedules program, the Coalition has proposed a holistic, comprehensive set of recommendations, including modernizing the program’s pricing policies to reflect the 21st century commercial marketplace, eliminating the Price Reduction Clause, incorporating ODCs, consolidating Special Line Items (SINs) and schedules, adding a cost reimbursement capability, and adopting an unpriced schedule model based on competition for agency specific requirements at the task and delivery order level.

Individually, each of these recommendations will deliver incremental change to the schedules program. Collectively, implementation of these recommendations will transform the IT Schedule 70 program into an IT innovation hub for modernization, one which affords agencies streamlined access to innovation while implementing the policy goals articulated by Congress in statute.

For example, cloud service offerings via IT Schedule 70 are contracted in a manner that is inconsistent with the commercial marketplace. The pricing policies, especially the PRC, result in thousands, if not tens of thousands, of pricing points identified and listed on IT Schedule 70 contracts for cloud services. This excessively proscriptive pricing framework, when combined with the highly complex, outdated PRC, severely limits the ability of IT Schedule 70 cloud contractors to offer responsive, competitive, contract and task order pricing.

Moreover, the pricing and compliance complexities significantly increase costs and risks for IT Schedule 70 contractors. Reform of this compliance dynamic is critical to increasing access to cloud and SAAS solutions that deliver best value mission support to customer agencies. At the end of the day, the engine of IT modernization runs on the fuel of procurement streamlining, and with the authority to implement this streamlining already in the hands of GSA, it begs the question: Is real Schedules transformation — to be, or not to be?

The Coalition looks forward to working with the ATC and all stakeholders in transforming IT Schedule 70 into a dynamic Federal marketplace for commercial innovation, services, and solutions.

Roger Waldron is the president of the Coalition for Government Procurement, and host of Off the Shelf on Federal News Radio. 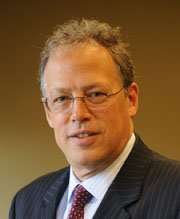 Best-in-class contracts: Where is the classroom?