Members of Congress brought back a longtime relic from previous congressional sessions Tuesday afternoon that could have major implications for federal employees during the appropriations process.

The House of Representatives voted on party lines and approved the rules package for the 115th Congress. It reinstates the “Holman Rule,” a little-known provision that allows lawmakers to bring an amendment on an appropriations bill to the House floor that may “retrench” agency spending, reduce the number of federal employees in a particular agency or cut the salary or “compensation of any person paid out of the Treasury of the United States.”

Five lawmakers from the national capital region say reinstating the rule would allow any member to bypass traditional order and make significant changes to agency functions or personnel.

“Federal employees work in every congressional district to provide vital services that help keep our nation healthy, safe and strong, but with this rule House Republicans would instead treat these civil servants like political pawns and scapegoats,” national capital area lawmakers said in a Jan. 3 statement. “We urge the GOP leadership to withdraw this harmful provision and show support for the federal workforce.”

“We see this as an end-around, a surgical tool intended to reach deep into the federal budget to cut away programs and employees who run afoul of the Majority’s ideology,” a spokesman for Rep. Beyer’s office told Federal News Radio. “Functionally, a member could effectively remove an individual by reducing their salary or defunding their program. This is even more concerning given reports of transition team members requesting names of federal employees doing work on specific projects.”

The Holman Rule essentially lets House lawmakers make changes to a federal employee’s salary or position without input from the appropriations committee. Members can debate these amendments on the House floor for a limited time.

Appropriations committees typically call on agency leaders to testify about their organization’s priorities, projects and other matters in the beginning of the budget and appropriations process. But once a member introduces an amendment to an appropriations bill on the House floor, the affected agency or individual won’t have a chance to officially respond before Congress.

“Reviving this rule means lawmakers will be able to vote to cut the pay and jobs of individual workers or groups of workers without getting input from the agencies where these employees work,” said J. David Cox, national president for the American Federation of Government Employees, in a statement.

The office of House Speaker Paul Ryan (R-Wis.) did not immediately return a request for comment.

Longtime federal employees may recognize the Holman Rule as a familiar provision. It was last included during a congressional session in 1983. The rule itself dates back to 1876 and has been a part of the rules package on occasion since then. 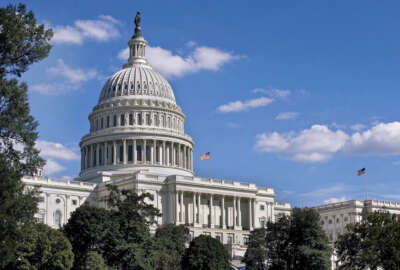