A package of bills aimed at government oversight and transparency was voted out of the House Wednesday, as the 115th Congress settled in to its first week of legislative work.

“These bills will bring greater transparency and accountability to the federal government for the American taxpayer,” Chaffetz said, after the bills passed under...

A package of bills aimed at government oversight and transparency was voted out of the House Wednesday, as the 115th Congress settled in to its first week of legislative work.

“These bills will bring greater transparency and accountability to the federal government for the American taxpayer,” Chaffetz said, after the bills passed under suspension of the rules. “Throughout this Congress, the committee will focus on measures like these to reform the federal government.”

Here’s a summary of the legislation that now makes it way to the Senate.

Sponsored by Rep. Rod Blum (R-Iowa), the legislation reauthorizes the Office of Special Counsel for another five years. A similar bill made it out of the House during the last session, but did not make it through the Senate.

While speaking on the floor, Blum said there needs to be more whistleblowers in the federal government.

“The best way to ensure government employees come forward to expose waste, fraud and abuse is to ensure that they will be protected,” Blum said. “This legislation will enable OSC to do exactly that.”

The bill ensures access to agency records during an investigation, introduces a “simplified process to reduce duplicative complaints” and institutes a three-year statute of limitations.

The bill grants the Government Accountability Office access to the National Directory of New Hires, which is “a national repository of employment, unemployment insurance, and quarterly wage information,” according to the Department of Health and Human Services.

“This will assist GAO in its evaluation of fraud work and its evaluation of programs,” said Rep. Lacy Clay (D-Mo.). “It would also provide GAO with standing to pursue litigation if an entity in the executive branch improperly denies GAO access  to information.”

Similar legislation has previously passed in the House, Clay said.

Rep. Earl Carter (R-Ga.), who is sponsoring the bill, said limiting the information available to the GAO limits the office’s ability to serve as “one of the most important tools taxpayers and Congress have to keep the federal government accountable.”

“This bill clarifies that the GAO has access to data, such as the directory of new hires, which will better equip them to audit federal programs on behalf of taxpayers,” Carter said while defending the bill on the House floor.

The legislation builds on the Government Performance and Results Modernization Act of 2010 and the DATA Act.

“The Obama administration launched the Performance.gov website to implement the GPRA Modernization Act, and this bill would enhance the information available through the website,” Rep. Lacy Clay (D-Mo.) said. “The bill would require the Office of Management and Budget to make available on a central website an inventory of all federal agency programs that have a budget authority of more than $1 million.”

The bill’s sponsor, Rep. Tim Walberg (R-Mich.), said a Senate companion bill will be introduced in the coming weeks.

Walberg said the legislation will also establish an “across the board definition of programs and requires the publication of detailed information on each federal program.”

The bill is sponsored by Clay as well, and the congressman has introduced the bill in previous sessions. FACA was originally enacted in 1972, Clay said while speaking about his bill on the House floor.

“It’s intended to ensure that committees that provide advice to federal agencies and the president operate with transparency,” Clay said. “This bill makes it clear that FACA applies to subcommittees as well as parent committees. The bill also clarifies that a committee set up by a contractor is subject to FACA if it is formed under the direction of the president or its agency.”

Agencies will be required to disclose how advisory members are picked and any financial conflicts of interest, Clay said.

The package of bills also includes the Presidential Library Donation Reform Act, which calls for the disclosure of donor identities for contributions worth more than $200. 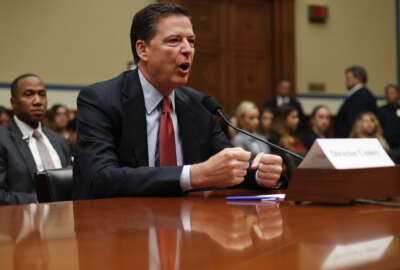 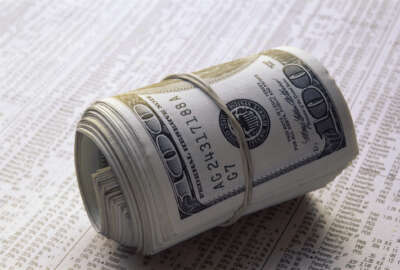