SBA hopes to cut back on the hoop jumping for government contractors, WOSBs

Subscribe to Federal Drive’s daily audio interviews on iTunes or PodcastOne
The Small Business Administration is closing in on a proposed rule that will lighten the load for both its contracting officers, and the women-owned small businesses (WOSB) looking to work with the federal government.

Sean Crean, director of SBA’s Office of Government Contracting, said SBA is about 30-60 days away from putting a rule out for public comment, establishing a WOSB certification process.

“What will eventually happen,...

The Small Business Administration is closing in on a proposed rule that will lighten the load for both its contracting officers, and the women-owned small businesses (WOSB) looking to work with the federal government.

Sean Crean, director of SBA’s Office of Government Contracting, said SBA is about 30-60 days away from putting a rule out for public comment, establishing a WOSB certification process.

“What will eventually happen, after this process is complete, we will implement a policy where contracting officers no longer have to go into an electronic file cabinet, they’ll be able to rely on the fact that SBA has now got an approved certified firm and it’ll be on parity with the other certification programs that we have like HUBzone, as well as the 8(a) program,” Crean said during said Thursday’s ChallengeHER event in Washington, hosted by SBA, Women Impacting Public Policy (WIPP), and American Express OPEN. “And then their choices as a contracting officer become very simple.”

The certification issue dates back to the National Defense Authorization Act of 2015, when Congress said it wanted two things for WOSBs, Crean said: certification for this type of small business, and for WOSBs to have sole-source contract opportunities available to them.

Today SBA has a WOSB repository, where, after a WOSB completes the required documents for a contract, it puts them into the repository where a contracting officer would need to go review those papers before awarding a contract.

“When you’re a contracting officer …. they can choose any kind of set aside of the socioeconomic interest that they want,” Crean said. “They can decide ‘do I set this aside for a historically underused business zone, or do I do it for women or do I do it for service-disabled veterans.’ When they have to go through extra hoops, we’ve seen that they won’t go through the extra hoops if they can choose an easier path.”

Along with self-representation, SBA also has four approved third-party certifiers, which do the work of reviewing a business’s documentation to say it is eligible for a particular contract.

“We have a variety of operations that are out there … but we want to make sure that we’re following the intent of Congress and being able to make it something that women-owned small businesses are going to be able to do,” Crean said. “We want to make it simpler and once the program gets into place, then it’ll be easy. Contracting officers will be able to say ‘ah, SBA is certified, I can go to that. We’ll be one of their choices.”

Crean said it’s important to note that this certification applies only to certain industries such as construction and professional services.

The certification is one of the ways in which SBA is meeting its fiscal 2018 management and performance challenges.

According to the 2018 report from SBA’s Office of Inspector General, the certification falls under the challenge of weaknesses in small business contracting programs, which can undermine reliability of contracting goals.

“We believe allowing sole-source contracting authority for WOSBP, without implementing the contemporaneously required certification program, was inconsistent with SBA’s statutory authorization,” SBA’s OIG said in its report. “In the meantime, this continues to be a risk that exposes the program to abuse by having firms incorrectly self-certify as a women-owned small business, which overstates goaling for women-owned firms.”

Another way in which WOSBs are getting help from SBA is through a proposed study that would look at women-owned small businesses and their participation in multiple award contracts.

Jane Campbell, president of Women Impacting Public Policy, said the study was introduced as a bill by Sens. Joni Ernst (R-Iowa) and Kirsten Gillibrand (D-N.Y.), and she was hopeful it would pass as an attachment to the 2018 National Defense Authorization Act.

The bill would require SBA to look at multiple award contracts “to ensure that there are tracks for all of the groups that have been identified as disadvantaged,” Campbell said. “Women, veterans, HUBzone, 8(a), because the fact of the matter is, we want to make sure in all of our work, it’s not anybody against anybody else. It’s all of us together, because what we’re trying to do is create an on-ramp. The 8(a) program is sort of an entry level, but it’s only for a certain number of years. You’re still a woman even when your [8(a)] years are up.” 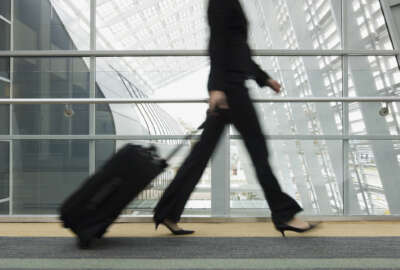 SBA’s legal woes not over with appeal