The Army and the Pentagon’s inspector general are at loggerheads over allegations that the service has been intentionally overstating how much money it needs in its civilian payroll accounts with the explicit intention of using the leftover funding to pay for programs it has been ordered to cut.

A partially-redacted report the IG released Monday said the service’s civilian workforce steadily shrank between 2014 and 2017, amid Department of Defense and congressional mandates to reduce headquarters staffs. During that time, however, the Army’s budget requests for civilian pay grew, suggesting that it planned to use tens of millions of dollars in funding in ways that differed from what it told Congress.

Auditors say the gap between what was budgeted for civilian pay and what was actually spent was at its largest in 2017; they claim the Army overstated its actual civilian payroll needs by $482 million, or 5 percent. The IG said Army commands, with the full knowledge of headquarters budget staff, intentionally hired fewer employees than they were authorized so that some of the excess funds could be diverted to programs that the Office of Management and Budget had ordered the Army to cut, and that were not justified in the service’s official budget requests.

“Army command officials relied on the [Civilian Pay budget] to fund non-pay expenses,” IG officials wrote. “For example, the [Training and Doctrine Command] deputy budget director stated that if the command’s CIVPAY was further cut, the command would not be able to afford its underfunded, non-pay expenses. The officials stated that non-pay funding cuts directed by the President, OMB, and DoD have resulted in inadequate funding for mission critical non-pay expenses, such as fuel, training, travel, office supplies, information technology equipment, and underfunded contracts.”

The report recommended that the secretary of the Army consider “appropriate administrative action” against the service’s budget officials for allegedly misrepresenting its budget requirements to Congress.

In an unusually strongly-worded response, Army officials said they had no intention of doing so, and objected to virtually all of the conclusions in the IG report, arguing that they “are not supported by empirical data.”

For starters, officials said it was impossible to verify the office’s claims that Army commands were “intentionally” hiring fewer civilians than they were authorized, since many of the budget officials the IG staff interviewed were not identified in the report.

“Without that information, the Army cannot ascertain whether the IG misunderstood what it was told, if that information was provided by a disgruntled or unqualified employee, or if the information has some validity,” Powers wrote. “Without such information, due process is not possible, and the secretary cannot even consider whether administrative action is appropriate.”

The Army also said it had reasonable grounds to explain why its budget requests for civilian pay were growing at a time when its workforce was shrinking. For one, workforce reductions are not directly proportional to cost savings.

Eighty-four percent of cuts which the Army made in a downsizing phase between 2010 and 2014 were directed at employees and jobs in lower paygrades. Those reductions caused the Army to “underprice” the per-employee cost of its remaining workforce.

After seeing that trend, Army planners decided to account for some relative “price growth” in the planning process leading up to 2017.

Officials said the Army’s budget planners were also hampered by outdated information as they began the fiscal 2017 budget-building process. Their assumptions about civilian fill rates were based on data from 2014, which was the latest full year of information available at the time, and calculated before the latest round of congressionally-mandated headquarters cuts were fully in effect.

A long string of continuing resolutions, stop-gap appropriations bills and an extended hiring freeze at the beginning of 2017 also did not help. Commanders and senior leaders worked in an environment of extreme uncertainty, making them reluctant to fill positions, the service said.

Overall, the Army characterized the gap between what was budgeted for civilians and what it actually spent as an “outstanding performance” that’s well within parameters set by OMB. It based that assertion on its Budget Estimate Submission (BES), part of the budget planning process in which funds are planned two years before they are spent.

But the actual figures are unknown because the Army said the BES process is “internal,” and any data arising from it are “for official use only.” Consequently, the service insisted that the IG redact all such figures from the final report.

Despite the Army’s protests, the IG stood by its conclusions, and other than redactions, made relatively few changes after having supplied a draft version of the report to Army officials.

In the final report, the IG also pointed to one potential motivation for Army officials to move non-payroll operation and maintenance (O&M) expenses into budget activities that are marked for civilian pay.

Existing DoD, Army and OMB policies explicitly require the military services to fully-fund civilian pay in each and every one of their budget submissions to ensure that no employee misses a paycheck. Reducing employee headcounts within the government without resorting to reductions in force is a complex, often multi-year process.

At the same time, the Pentagon was under the gun to cut its overall headquarters spending — everything from conference travel to copier paper and minor construction projects — putting much more relative pressure on the “non-pay” portion of its O&M budget requests.

“The Army [Program Evaluation Group] and [Department of the Army Headquarters] budget officials acknowledged that they were aware that the Army Commands were intentionally not hiring up to their authorization levels and that the Army Commands used the excess CIVPAY funding to pay for non-pay expenses,” the report said. “However, the PEG officials stated that they would not reduce the CIVPAY budget and increase non-pay expenses in the Army’s budget because they did not want Congress to see non-pay cost growth.” 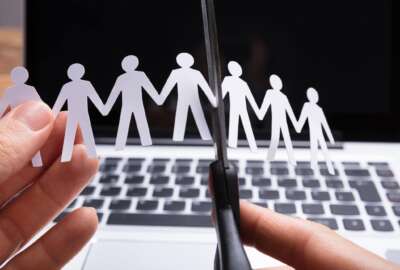 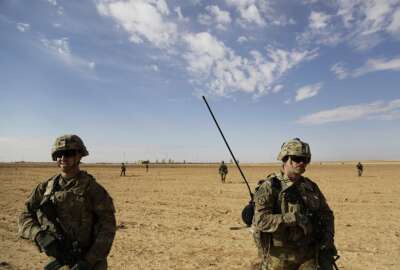 Defense to cut out bigger slice of workforce