Congress gets high marks from military services on acquisition reforms

After spending the last three years trying to revamp the defense acquisition system, Congress is getting some feedback from the military services on how the reforms are faring in action. The answer is “pretty well.”

The military service acquisition chiefs headed for Capitol Hill March 7 with a report card for House Armed Services Committee Chairman Mac Thornberry (R-Texas), who has introduced major changes to the...

After spending the last three years trying to revamp the defense acquisition system, Congress is getting some feedback from the military services on how the reforms are faring in action. The answer is “pretty well.”

“We have enacted literally hundreds of changes to the law designed to improve agility, streamline processes, remove cumbersome statutory requirements, and foster greater commercial industry participation in the defense sector.  We have also augmented authorities to support rapid prototyping and fielding, the use of Other Transaction Authority, as well as engagement with non-traditional contractors, all intended to accelerate innovation during a time when, as Secretary Mattis testified last month, ‘our competitive edge has eroded in every domain of warfare – air, land, sea, space, and cyber,” Thornberry said during his opening remarks.

A lot of the reforms have taken authority from the top tiers of the Defense Department and pushed decision making down closer to the warfighter.

The conclusion from the service acquisition chiefs so far is a job well done, but there is still a lot of work to do.

“The committee should declare victory on the reforms. I think it is what we need as service acquisition executives to go try to restore the appropriate level of decision authority where it belongs,” Assistant Secretary for of the Air Force for Acquisition William Roper said.

Roper added that the committee’s hearings have helped with the workforce as well.

“It sends a clear message to the workforce that this delegation of authority and expecting people to be able to make decisions on their own and that is OK is in keeping with the intent of Congress is very useful … We really now have to equip a workforce that are ready to take the reins that you have allowed us to put in their hands and to feel empowered to use them and also knowing what the boundaries are,” Roper said.

Of course, there are always tweaks and changes that need to be made.

Thornberry acknowledged that and stated he plans on making further changes to the acquisition process in the 2019 defense authorization bill.

Assistant Secretary of the Navy for Research, Development and Acquisition James Geurts said there are some areas where there is conflicting guidance. Those are areas he said he would put in the “refinement” category for future bills.

Geurts also brought up the issue of decluttering legislation. He says there is a lot of legislation out there saying the same things, but with small changes between them.

Geurts said now that the military has had some time to work with the new acquisition changes, 2019 would be a good time to refine and declutter those issues.

As for some of the larger tweaks, Assistant Secretary of the Army for Acquisition, Logistics and Technology Bruce Jette said he needs some changes in the rapid capabilities office department and in the chain of command.

“Rapid acquisition … has a limitation on it. It says you can do zero to five years, but in zero to five years you have to be able to field a full set to the Army. The Army is very big. It makes it very difficult to use that,” Jette said.

He added he’d like to change the requirement from fully fielded to initial operational capability to ease the restriction a bit.

“That would give me a lot more flexibility to apply it to a broader array of opportunities,” he said.

Jette said while Congress pushed more decision authority down to the services, they still have to run decisions back up to the deputy defense secretary, which takes extra time. Jette said he’d like to see that eased as well.

The acquisition chiefs noted that retaining talented individuals is becoming harder as the military is competing with private industry for the best people.

“It is often difficult to have a person whose primary goal in life had been to be a solider turn around and have developed all the skill sets necessary to sit across the table from somebody who went to Harvard Business School and got a law degree at Yale and suddenly is sitting on the other side of the table with 15 years’ experience in negotiations,” Jette said. “We need to up our game to properly manage that.”

Jette said he is talking to the Army chief of staff about offering sabbaticals to acquisition officers so they can go out into the private sector and get experience or to go back to school.

Both the Army and the Defense Department are already making changes in how they evaluate and prioritize the experience and education of the acquisition workforce.

The directive mandates more standardized training for people who write contract requirements to reflect the training of program managers.

DoD Undersecretary for Acquisition and Sustainment Ellen Lord says she doesn’t think DoD’s acquisition training is up to date and says she’s looking at the Defense Acquisition University’s training to empower the workforce to take more risks. 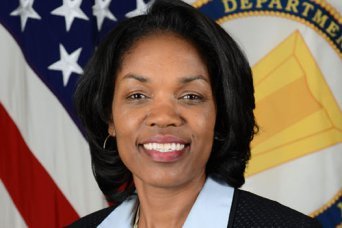 Army kicks off largest reorganization of acquisition bureaucracy since Vietnam