Modernizing the Defense Department’s software will take more than just updating the development process — it will also require reforming the way the agency buys it.

That is according to Ellen Lord, undersecretary of defense for the less than four-month-old Office of Acquisition and Sustainment. She is trying to fulfill Defense Secretary James Mattis’ third line of effort as outlined in a Feb. 1 memo: Bring business reforms to DoD.

Modernizing the Defense Department’s software will take more than just updating the development process — it will also require reforming the way the agency buys it.

That is according to Ellen Lord, undersecretary of defense for the less than four-month-old Office of Acquisition and Sustainment. She is trying to fulfill Defense Secretary James Mattis’ third line of effort as outlined in a Feb. 1 memo: Bring business reforms to DoD.

“It is no accident that the service acquisition executives are all individuals who have had a lot of experience running acquisition programs in nontraditional ways,” said Lord, who has nearly 30-year background in defense-related industry. “We want to bring all these flexibilities and capabilities to the mainstream and have a list of different ways to go about acquiring weapons systems, businesses systems, anything it might be that allows us to do it the fastest way possible, the lowest cost way possible, bringing the most capability.”

DoD split its acquisition office into two divisions in February, as required by the 2017 defense authorization act. One office was created for research and engineering, and the other, Lord’s purview, handles acquisition and sustainment.

Lord said at the time of the split that she did not expect a large workforce reduction, but that reorganizations were likely. She also said she would need special assistance for human resources, finance and software.

“What we’re doing is developing policy a little bit differently,” Lord said to a crowd at the Special Operations Forces Industry Conference in Tampa, Florida, on May 23. “We are putting out minimum guidance and allowing the services and research and engineering to pilot authorities, assessing what happened and then writing the policy.”

Lord said that so far under the reform effort, DoD has delegated milestone decision authority for most major defense acquisition programs back to the services. In the Office of Acquisition and Sustainment, she still oversees joint programs such as the F-35 and the operational control system (OCX) satellite program.

Lord said the Office of Acquisition and Sustainment also is shifting toward capability portfolio management.

“Instead of Kevin [Fahey, assistant secretary of Defense for acquisition] and his team looking over the shoulder of the service acquisition executives, program managers, contract professionals, what we’re spending more of our time doing is looking across a portfolio and understanding what we have for NC3 capability — command, control of our nuclear assets,” Lord said. “We’re looking at where we have fragility in our defense industrial base.”

Data is another big focus for Acquisition and Sustainment, as well as leveraging that data for artificial intelligence, machine learning and other needs. To make these changes, Lord said DoD needs a cultural shift that values critical thinking and taking “smart risks.”

Meanwhile, Lord said the 2017 and 2018 NDAAs contain several authorities DoD has not yet embraced. She said she is most eager to implement middle-tier acquisition, which she said was actually included in the 2016 NDAA.

“What this is is rapid prototyping and rapid fielding,” she said. “The key to it is that you don’t have to go through the [Joint Capabilities Integration and Development System] process. The idea is that there might be commercial technology out there that’s very close to being fieldable … We need to get the word out about how to use this.”

As for industry players during this reform period, Lord advised they use their professional associations as advocates.

“I can respond to individual companies to a degree, but if I have 20 small, mid-sized, large companies come through an industry association with a concern, that’s very compelling and allows me to focus more resources on addressing whatever the issue is,” she said.

DoD memo starts to cleave its acquisition office in half, reassigns workforce 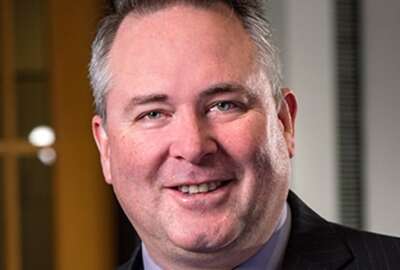