The congressionally-mandated panel in charge of finding ways to streamline the Defense acquisition system called Thursday for dramatic changes in how the Defense Department organizes itself to define requirements for weapons systems and manage its procurement budgets, saying DoD must move to a “portfolio-centric” approach to procuring military equipment.

In the second volume of its report to Congress, the Section 809 Panel said the Pentagon’s current decision making and incentive structures are far too focused...

The congressionally-mandated panel in charge of finding ways to streamline the Defense acquisition system called Thursday for dramatic changes in how the Defense Department organizes itself to define requirements for weapons systems and manage its procurement budgets, saying DoD must move to a “portfolio-centric” approach to procuring military equipment.

In the second volume of its report to Congress, the Section 809 Panel said the Pentagon’s current decision making and incentive structures are far too focused on individual weapons programs, not on broader portfolios of capabilities.

In a related problem, the panel said the three broader communities within DoD that are in charge of deciding what to buy, prioritizing funding for those systems, and actually conducting procurements, are too siloed to make the sorts of quick, agile decisions needed to deliver military capabilities that are relevant to the modern battlefield.

“The highly centralized management framework of each support system fosters inconsistent accountability and responsibility,” the panel wrote. “Decision-making processes that focus on individual programs instead of enterprise capabilities as a whole cultivate a system bereft of flexibility, speed, and innovation.”

To implement a meaningful approach to portfolio management, the commissioners suggested a new, more-empowered role for the military services’ program executive officers. Those officials would be renamed “portfolio acquisition executives” and take on the responsibility for all aspects of the systems in their portfolio, from initial development to long-term sustainment. They would also have the authority to make budget tradeoffs within their own portfolio.

Currently, the panel said, PEOs typically do oversee several program managers, but lack command authority. And commissioners said that although Congress has already made attempts to speed up the acquisition process by devolving major milestone decisions from service acquisition executives to PEOs, “there has been no evidence that these changes will increase weapon systems execution agility and efficiency.”

Those portfolio acquisition executives would continue to report to the Senate-confirmed acquisition executives within their own military services, but would also be aligned with a revised Pentagon organizational chart that’s also meant to give senior officials in the Office of the Secretary of Defense (OSD) a broader view of capabilities within each of the military services, along with more access to data from each of the services.

The new structure would set up capability portfolio managers at the OSD level. In one notional example the panel laid out, one of the CPMs would have overall “enterprise portfolio” responsibility for the military services’ command and control programs, taking input from the Army, Navy and Air Force PAEs in charge of C2 at the service level, and helping to make tradeoff decisions within the broader Pentagon budget.

Commissioners said the approach would help integrate what they criticized as a collection of “industrial age” processes for making decisions about the acquisition process, with separate stakeholders in the Pentagon in charge of deciding what’s needed, how to prioritize funding, and how to execute programs.

“This fragmentation contributes to the perception there is no accountability and authority for resource allocation decisions,” the panel wrote. “These diffuse decision-making responsibilities make it difficult to determine who is empowered to make enterprise-level weapon system investment decisions. Without responsibility and authority, DoD will continue to struggle with effectively allocating resources.”

The panel’s recommendations borrowed heavily from prior Government Accountability Office findings. For several consecutive years, GAO has said that DoD would benefit from organizing its acquisition decisions into portfolios, rather than program-by-program.

Both GAO and the 809 Panel noted that while DoD does have guidance on the books directing more use of portfolio management, the efforts have never taken off, partly because no one within the department or the military services has fully bought into the idea for a long enough period of time to institutionalize the practice.

In the structure the commission suggested, each of the portfolios overseen at the DoD level would have representation from senior officials within the military services, the Office of the Secretary of Defense and the Joint Chiefs of Staff.

“Capability Portfolio Management is not another layer of oversight or bureaucracy designed to check and approve the military service’s work, but instead multiplies value,” the panel argued. “It enables analysis and integration of cross-cutting data and creates an enterprise view, allowing enterprise and military service decision makers to make better-informed decisions.”

GAO says DoD isn’t cashing in on billions in savings 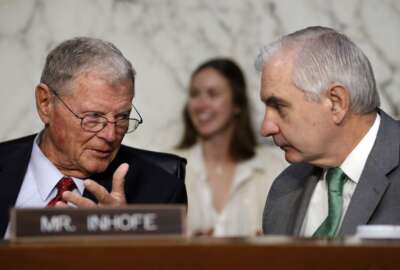