Last week, the Defense Department’s premier outreach organization for companies that usually don’t do business with the Pentagon changed its name, leading many to wonder where the future of the organization is going.

Last week, the Defense Department’s premier outreach organization for companies that usually don’t do business with the Pentagon changed its name, leading many to wonder where the future of the organization is going.

The Defense Innovation Unit Experimental dropped the “experimental,” a change Deputy Defense Secretary Patrick Shanahan said “reflects DIU’s permanence within the DoD. Though DIU will continue to experiment with new ways of delivering capability to the warfighter, the organization itself is no long an experiment.”

But the name isn’t the only thing changing. Sean Heritage, DIU’s acting managing partner, said the organization is doing some introspection.

“We are going through a period of thoughtful reflection. Recent experiences, some of which have been rather public, have given us reason to really embrace the fact that we are a learning organization,” Heritage told Federal News Radio. “And as we continue to experiment there’s going to be hiccups and things we learn along the way and it’s important that we are modifying our processes and ways of doing business as a result.”

Leading up to the new moniker, things seemed a little out of the ordinary. DIU is known for its Commercial Solutions Opening (CSO) – a way to work outside of traditional acquisition rules to attract nontraditional defense companies.

However, DIU’s webpage showing all of its CSO offerings has been dormant for months. That’s a drastic change to the speed former Defense Secretary Ash Carter bragged about when he was in office. In 2017 alone DIU awarded 48 prototype contracts.

“Yes, the number of CSOs have slowed down and yes it’s rather deliberate as we begin to focus more and more on choosing the most impactful projects and problems to solve and ensuring we are executing our processes in a defensible way,” Heritage said.

DIU has also been without an appointed leader since the end of February. Heritage said the lack of formal leadership for nearly six months is misunderstood.

“[Undersecretary for Research and Engineering Michael] Griffin has assured me that he is making sure he finds the right leader to lead us at DIU, because he believes so strongly in the model and what we are doing.” he said. “He does not want to leave anything to chance. We felt as though we are on a good path,”

He added there should be an announcement on who will head DIU officially in the next month.

Then, of course, there is the elephant in the room. DIU awarded a $950 million other transaction agreement to REAN Cloud in February, but Pentagon officials overruled DIU and narrowed the agreement’s value to just $65 million. It was later successfully protested by Oracle, and overturned entirely.

DIU is now taking some time to make rethink the way it creates contracts so they stick.

“It’s about how we communicate and how we write contracts from the beginning, so those who are looking in from the outside won’t question things as we move to production and won’t have reason to question them. This is more about satisfying others,” Heritage said.

He added that using CSO and other transaction authorities (OTA) are not always the best option for procuring systems.

“We are not of the mind that the Federal Acquisition Regulation is bad and OTA is good. There are places where any and every contracting vehicle is good,” Heritage said. “We’ve found ourselves lately looking at the prototypes we have and creating a wider customer base along the way … We feel as though everything we do will solve problems for more than one customer.”

DIU is also spending this downtime expanding the companies with which it does business. DIU has offices in Silicon Valley, Austin and Boston. Hermitage said DIU is working on finding companies to that can attack DoD’s problems in other states as a well.

Some skeptical of DIU’s success

But as DIU takes this time to look into itself, there are some who are skeptical of the organization’s accomplishments.

“Everyone talks about how awesomely DIUx has done. They’ve actually produced no fieldable systems. They’re just handing out money,” a congressional staff member said in July. “That’s the view of a lot of the staff up here and some members [of Congress] who are starting to pay attention to this.”

Heritage admitted the rate of success for DIU is low.

“We expect that somewhere between 40 percent to 60 percent of the projects we do will scale across the force. Some in government might think ‘That’s really low, that’s an F by my standards thinking back at school.’ But out in the venture capital world that’s hitting homeruns all the time.” Heritage said. “Right now we are at 38 percent and trending in the upward direction. We feel as though we have a responsibility to accept risk on behalf of the department, and I think if we were batting much higher than we are now we’d not be taking enough risk and doing things that others could do on their own.” 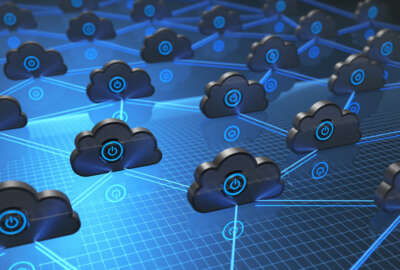