The United States is in direct military competition for the first time in a decade, and its operational advantage is at risk. New competitors and the rapid advance of technology have changed the character of the competition, and the military has to change with it.

That’s the message Chief of Naval Operations Adm. John Richardson delivered during the keynote address of the 68th Current Strategy Forum at the U.S. Naval War College in Newport, Rhode Island on June 13.

Richardson’s argument revolved around a strategical concept known as the “OODA Loop.” OODA is an acronym that stands for “Observe, Orient, Decide and Act” — the decision cycle that strategic combat operations undergo.

“That first ‘O’ in the OODA loop — observe — is becoming ubiquitous, and I think that that has tremendous implications for how we do business,” he said. “In the near future, I hypothesize, I propose that just about anybody is going to be able to see almost anything anywhere in the world on demand. In fact, it’s going to be as accessible to my daughter on her cell phone as it is going to be to my son, a Navy lieutenant on a skiff.”

That’s due to a proliferation of sensors — smart electronic devices gathering and feeding data along various networks. These can include cell phones, tablets and laptops, but the list is expanding to also include cars, household appliances and a wide range of other devices. This is what’s commonly known as the Internet of Things.

Richardson said as of the end of this year, there are projected to be more than 20 billion devices connected to IoT. By 2020, that number is projected to rise to 30 billion, and is then expected to more than double by 2025.

“As things get more and more connected, as the information becomes, really, flowing in a waterfall or an avalanche, it’s bringing with it a new age of cognitive computing decision, and cognitive assistance, machine assistance, to help us make sense of all that data. Adaptive network sensors are now on the horizon and proliferating,” Richardson said.

He referred specifically the Global Fishing Watch, a private sector effort helmed by Google, as an example. This program uses data from automatic identification systems and satellite constellations to monitor more than 50 percent of the world’s fishing fleets. But it doesn’t just track location, it also monitors behavior.

If these systems can be used to monitor fishing fleets, why not naval fleets and the locations of specific ships? Or perhaps a nation’s strategic oil reserves?

“So, it’s sifting through all that data to be able to rapidly understand the operational environment and discern those changes is now going to be the critical part of orienting,” he said.

He said that this is why the US advantage in observation is eroding. Previously, the US military had the advantage not only in gathering information (observing), but also in using that data to orient — the second ‘O’ in OODA — with greater accuracy using weapons systems like precision munitions.

But the rapid pace of technology advance is changing that.

“The story didn’t stop simply with precision,” he said. “The information technology trends in the decades since we were last in a head-to-head competition have not only continued, but they have accelerated. The technological march has become more of a sprint.”

That increasing pace of technological advancement is forcing competition down the OODA loop; Richardson said the era of precision orienting is giving way to competition for decision.

“In an era in which CubeSats are being launched into space, and zetabytes of information available, the advantage boils down to not who gets the information, but who can make the better sense of it. Who can orient themselves better, and make the better decision,” he said.

He also predicted that soon, hardware-as-a-service and software-as-a-service will give way to sensors-as-a-service. Once that happens, we’ll be able to count on near-constant observation being a given for all players on the world stage. And that’s going to prompt some reevaluations on concepts like operation deception.

“What does that mean in terms of the way we train and exercise?” Richardson asked. “I mean, if you’re going to get ready for the big game on Sunday, how do you prepare for that game when you’ve got the competition watching all of your practices during the week?”

Richardson said the good news is that the U.S. military is poised to retain its advantage if it can adapt to the changing nature of the competition. 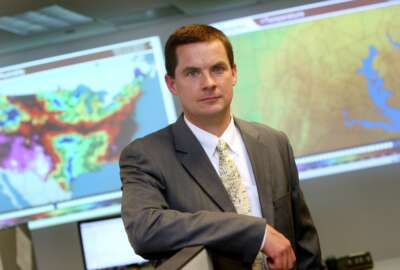 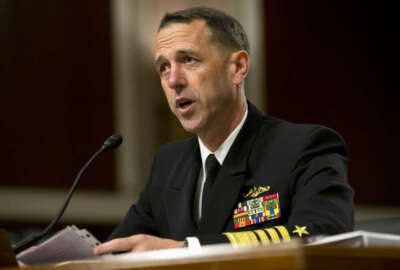