The House may be setting itself up for a game of chicken next year with some fancy budgetary maneuvering it’s trying to use in the 2017 defense authorization bill.

Those requirements include a pay raise for active duty military that is half a percent above what President Barack Obama requested and an additional 27,000 troops in the active duty ranks.

Those requirements are expensive and the committee needs to find a way to pay for them.

That’s easier said than done when Congress is restricted by the budget deal signed in November to keep defense spending at $610 billion or less for 2017.

The budget deal allowed for $551 billion in base budget spending and $59 billion in overseas contingency operations funding.

What the committee plans to do is take $18 billion from OCO and move it into the base budget to fund the pay raise and troop increase. But, it doesn’t raise OCO any more.

Here’s where the acrobatics start.

What would be left in OCO is $41 billion, that’s enough to cover the wars until April 2017, said Chairman Mac Thornberry (R-Texas) of the House Armed Services Committee during an April 21 speech in Washington.

At that point, if the new President wants more money he can ask Congress for an additional wartime fund.

“The new President has the opportunity to look at those [wartime] activities. Maybe he or she does not want to have a quadrupling of the European Reassurance Initiative, maybe he or she decides it’s hopeless against ISIS and chooses to reduce those OCO funded activities, in which case you don’t need as much money,” Thornberry said.

Even Thornberry admits it’s not the best idea though.

The proposal is raising eyebrows for two reasons.

First, the second fund could create a showdown over the war or funds. Congress has a history of not meeting deadlines on time. If lawmakers can’t agree on appropriating more money, it could put a kink in wartime plans.

It’s not unheard to only partially fund a wartime account, though. When President George W. Bush left office, he only partially funded OCO for 2009, said Justin Johnson, a senior policy fellow at the Heritage Foundation. Bush thought Obama would want to make decisions about troop numbers and other wartime issues and left Obama to request his own funds.

The second issue is over emergency funds in general. OCO is largely considered a slush fund by experts. While the fund’s original intent was for the wars in Iraq and Afghanistan, Congress has used OCO to skirt sequestration laws and pay for things traditionally in the base budget.

That makes it harder for DoD to plan and maintains uncertainty about the funds it might receive every year.

There’s no telling what a second emergency fund might turn into, let alone how OCO would further morph.

Of course, it’s important to remember this is only a bill and still needs to be voted on. Some Democrats have already shown their displeasure about the extra requirements in the bill.

Rep. Susan Davis (D-Calif.), the ranking member on the military personnel subcommittee, said Wednesday that a higher pay rate for active duty military members and an increase in active duty troops could affect readiness, budgeting and hurt the military further if sequestration returns.

“I am concerned that by increasing [pay] above the requested amount we are taking funds away from other critical priorities including readiness,” Davis said, during the April 20 Military Personnel subcommittee markup. “This additional half percent pay raise will provide an E-4 with an additional $11 a month, but that will cost a total of $330 million, which must be taken out of somewhere else in the budget.” 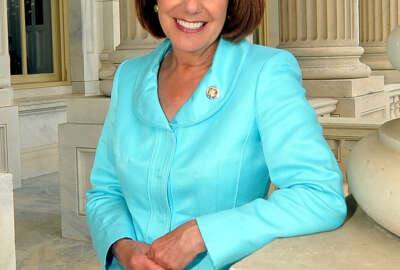