Pentagon awards $58 billion to Humana, Health Net, for next round of TRICARE contracts

The Defense Department settled on two firms to manage the latest generation of its TRICARE health insurance system Thursday, picking Health Net Federal Services and Humana Military for contracts worth up to $18 billion and $41 billion, respectively, over nearly six years.

The vast majority of DoD’s spending under the cost-plus-incentive fee contracts will be passed through to the thousands of private-sector health care providers who take part in the TRICARE system during the life...

The Defense Department settled on two firms to manage the latest generation of its TRICARE health insurance system Thursday, picking Health Net Federal Services and Humana Military for contracts worth up to $18 billion and $41 billion, respectively, over nearly six years.

The vast majority of DoD’s spending under the cost-plus-incentive fee contracts will be passed through to the thousands of private-sector health care providers who take part in the TRICARE system during the life of the contract, which is set to take effect next year. Each firm will be allowed a nine-month phase-in period.

The latest round of contracts — dubbed T-2017, the fourth since Congress created the TRICARE system in 1994 — also consolidates the military’s health care regions, combining the current North and South contracts into a new East region. The Defense Health Agency merged its own North and South oversight offices into one oversight structure on July 1 in anticipation of the change.

The East contract, valued at up to $41 billion, assuming DoD renews all of its annual contract options, went to Humana, the incumbent in the TRICARE South contract, which, as of now, covers most states south of Virginia and east of the Mississippi River, plus Oklahoma, Louisiana, Arkansas and most of Texas.

The consolidation of the two TRICARE territories means Humana will take over responsibility for the rest of the eastern U.S., extending its coverage from about 3.1 million military service members, families and retirees to about 6 million.

“We are very pleased by the DoD’s decision,” Orie Mullen, the president of Humana’s government services arm, said in a statement. “This is a tremendous opportunity for us, and we look forward to providing great access to high-quality, innovative and cost-effective health and well-being services.”

Health Net Federal Services, the incumbent vendor for the soon-to-be-eliminated North region, will take over the smaller contract for TRICARE West. That region’s boundaries are mostly unchanged and encompass most states west of the Mississippi. It’s currently managed by United Health Care, an unsuccessful bidder in the contracts DoD announced Thursday.

Four insurers vied for the East contract, and three competed for the West. If history is any guide, some or all of them are highly likely to submit bid protests to the Government Accountability Office or the Court of Federal Claims.

The current round of TRICARE contracts, known as T-3, dragged on for several years between its initial award in 2009 and the last decisions on bid protests in 2012. Those protests also caused a reshuffling between the major health care providers serving TRICARE at that time and their respective regions.

TriWest was the initial recipient of a 2009 award for the West region, but DoD pulled back its decision after UnitedHealth filed an agency-level protest. The Pentagon then reawarded the contract to UnitedHealth in March 2012.

In the South region, Humana gained its current contract after launching a successful protest against a contract that was first awarded to UnitedHealth. And Health Net holds its current contract for the North region because of a bid protest in which it prevailed against Aetna, DoD’s first pick for that region.

The Defense Department said the new round of contracts would simplify and reduce the costs of its health care benefits — not just because of the North-South consolidation, but because of new requirements for the winning bidders.

The terms of the new contracts require Health Net and Humana to handle all referrals to outside providers electronically. DoD has also said it will require its TRICARE vendors to ensure private providers can interface with the national standards used in the forthcoming commercial off-the-shelf electronic health record it’s currently implementing in its own military treatment facilities as part of the Defense Healthcare Management System. 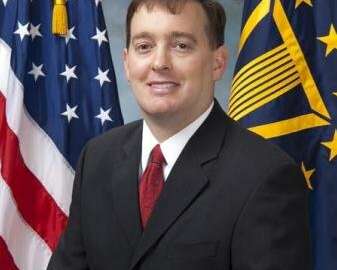