The Chief of Naval Operations is in charge of manning, training and equipping the Navy. And Adm. John Richardson, the current CNO, says that means civilians too.

In a bit of an unusual step for a military service chief, Richardson issued his own framework for improving the health of the civilian workforce on Friday. The new document calls for each of the Navy’s commands to develop their own strategies to support several new high-level Navy-wide... 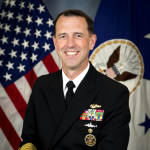 The Chief of Naval Operations is in charge of manning, training and equipping the Navy. And Adm. John Richardson, the current CNO, says that means civilians too.

In a bit of an unusual step for a military service chief, Richardson issued his own framework for improving the health of the civilian workforce on Friday. The new document calls for each of the Navy’s commands to develop their own strategies to support several new high-level Navy-wide goals, including creating an integrated military-civilian workforce, clearly-defined career roadmaps with improved training and development,  a faster, more flexible hiring process and better data analytics for civilian career management.

“One of the lines of effort in our Design for Maintaining Maritime Superiority is to operate as one Navy team,” Richardson said in an interview with Federal News Radio. “But some of the very senior civilians who were helping me think through this said to me, ‘All of the things we’re talking about in terms of strengthening our uniformed team, we could use some of that on the civilian side as well.’ In fact, we may need it there even more, because whereas on the uniformed side you have a nice progression of schools laid out ahead of you as you go through your career — they bring you into the Navy, they train you up on what it means to be in the Navy, and then at each career milestone you’ve got an attendant school to help prepare you for that next milestone —t’s not quite so clear for civilians. So as the chief of naval operations, I decided we needed to put some thought to this.”

The framework includes a “notional” model for a civilian Navy career, emphasizing continuous learning but broken down into four basic phases: entry-level, journeyman, expert and senior leader. It says the Navy will hold itself accountable for improving its ability to put the right civilian hires into the right positions, streamlining hiring and recruiting processes, boosting employee engagement, coming up with a more consistent and equitable performance management system and proactively planning for the succession of Navy workers as they retire.

“Too often, these functions are managed at the individual command level, with little insight into the broader Navy perspective,” the document reads. “While the Navy must continue to provide sufficient flexibility to meet diverse command needs, we must also do more to share best practices and provide effective tools where required.”

But the framework largely shies away from prescribing specific steps for commanders to take. Rather, it details a handful of measurements of success under the headings of four broad goals for the civilian workforce.

“We call this a framework on purpose,” Richardson said. “It’s not a strategy, because it doesn’t talk about the specific balancing of goals and resources and all of that, because one size does not fit all. What it will do is charge each of those separate commands — the labs, the shipyards, you name it — they will be responsible for coming up with a strategy for making sure that the civilian part of their team is as well managed as the military part of their team.”

To ensure they do, the Navy is creating a new Civilian Workforce Advisory Board within the office of its deputy chief of naval operations for manpower, personnel, training and education (N1). The N1 will also serve as the lead advocate on the Navy Staff for the overall health of the civilian workforce and develop a Navy-wide civilian workforce strategy, based largely on the best practices developed by individual commands.

“They’ll make sure we remain united across the Navy at the highest level, and also hold us accountable for reaching the goals we set for ourselves,” Richardson said. “We want this to be much more than just a nicely expressed set of good ideas, we want it to be something that becomes real. So this governance mechanism will be made up of representatives from across the civilian and military workforce so we’ve got a diverse perspective, and then we’ll not only cross-level the best ideas from across the Navy but also make sure we’re making good on the promises we make to ourselves.” 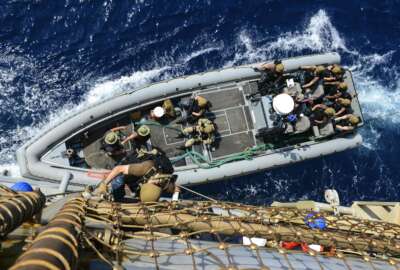 Navy overhauls enlisted personnel system, upsetting many of its sailors 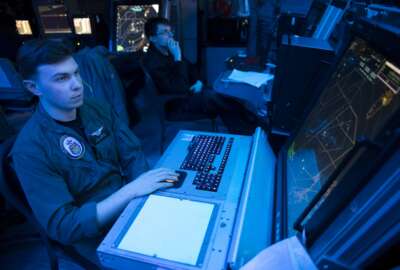