Warning that the U.S. military is beginning to resemble something of a “family business,” Defense Secretary Ashton Carter announced a series of recruiting changes on Tuesday that he said would let the armed services recruit from a broader swath of the American population, rebuild lost ties with local communities and reduce growing misconceptions about military service.

Several of the changes — the latest in Carter’s “Force of the Future” initiative — deal with DoD’s Reserve...

Warning that the U.S. military is beginning to resemble something of a “family business,” Defense Secretary Ashton Carter announced a series of recruiting changes on Tuesday that he said would let the armed services recruit from a broader swath of the American population, rebuild lost ties with local communities and reduce growing misconceptions about military service.

Several of the changes — the latest in Carter’s “Force of the Future” initiative — deal with DoD’s Reserve Officer Training Corps programs, which are already responsible for commissioning about a third of the military’s officers through colleges and universities scattered across the country. But Carter said too many experienced officers suffer negative career consequences by agreeing to serve as ROTC instructors rather than accepting more traditional command assignments.

“This can make the job less appealing to those who want to advance up the ranks, meaning some good officers may choose not to do it,” he told an audience of cadets at City College in New York, noting that there are some exceptions: Gen. Joseph Dunford, the chairman of the Joint Chiefs of Staff, was once an instructor. “But teaching leadership on a college campus is something DoD should reward, and we need to encourage and make it easier for our best people to do so. That’s why I’m directing the military services to ensure their officer promotion and selection boards more appropriately value those who serve as ROTC instructors, and not penalize them for it. And we’re also going to set up a pipeline for officers who did ROTC themselves to give back to the program, and be instructors later in their careers.”

The Pentagon will also increase the number of two-and-three year ROTC scholarships it offers to college students, hoping to attract students who didn’t know about the program until after they started college. And to boost the military’s pipeline of officers with science, technology, engineering and math skills, DoD plans to sponsor high school students to shadow ROTC cadets who specialize in those fields.

Carter said the department will also begin collecting and analyzing more data about which ROTC programs are working most effectively across the country.

“Right now we don’t have a way to know which units are doing great things that others might want to consider adopting, in part because we have so many programs — more than at the end of the Vietnam War,” he said. “We’re going to look at much more than just how many officers commission each year, because quality, and training, and innovative ideas, and things like reaching back into the local community and strengthening connections with the school are important, too. ROTC units that stand out the most each year will be eligible for a new award recognizing their excellence, the Secretary of Defense ROTC Futures Award.”

More broadly, the department will adjust its recruiting and marketing practices to address worries that its current recruits are coming from a shrinking number of geographic areas and a relatively small number of American families. DoD-sponsored research shows people with a parent who has served are twice as likely to join; the same is true of people from rural parts of the country. Currently, only one in three Americans has a family member who’s served in uniform, and about 40 percent of new recruits are from just six states.

“Most of our officers come from northern states, while the vast majority of our enlisted force comes from southern states,” Carter said. “At the moment, military recruiting tends to be most successful in the South, Southwest, and Big Sky Country, and most difficult in the Northeast. That’s paradoxical, though, since the Northeast is among the regions with the highest percentage of young Americans who have the qualifications we require to serve. These geographic gaps present an opportunity for us to draw talent from places where we haven’t been doing so.”

As one way to do that, the department will begin a long-term, coordinated advertising campaign that emphasizes the value of military service as a whole — not just the military service-specific TV ads run by each of the military branches in the year-to-year competition for new recruits.

“We got away from that over the last several years. In some ways, we were a victim of our own success, with so many people signing up after 9/11 and during the Great Recession, so now we’re going to get back into it and start advertising the value of military and public service again from the DoD level,” Carter said. “In doing so, we’re going to reach out and talk to the American people wherever they are, which isn’t just on TV anymore, but increasingly in many different places online. And we won’t just speak to potential recruits. Ultimately, what we’re selling is service: the chance to be a part of something bigger than yourself, that will not only do something good for you, but let you serve others, and then after you’ve served to go on to do something great with the rest of your life.”

The Pentagon is also aiming to increase the number of face-to-face interactions between people already serving in uniform or DoD civilian positions and people who don’t ordinarily interact with the military. Carter said the department would make more use of its existing STARBASE program, a STEM-focused education initiative for elementary school students, and would create a new DoD “speakers bureau” to coordinate addresses by DoD officials to local community groups and other organizations.

Carter said the department also intended a new push to ensure its recruiters have access to high school campuses and information on their students, which is already a legal requirement under the Elementary and Secondary Education Act for schools that receive federal funds.

While it seems many schools are complying with that, recognizing that DoD might offer their students an exciting and impactful career, some others are putting up roadblocks. “This is wrong,” he said. “So as part of a new program to help recruiters, we’re going to survey them to identify where exactly they face impediments to access and what the most useful types of access actually are, so we can educate those educators who may not be complying with the law or who may be making life harder on their students. Our goal here is to better educate schools about our mission, and help them realize they should want to let us in, because it would be a missed opportunity for their students if they didn’t.”

Also, Carter said he’d directed the military services to take a fresh look at potential barriers to recruiting, saying several recruiters have told him they have had to turn away too many promising candidates because of factors like tattoos, marginal physical fitness issues or because they are single parents.

“Some of these things we’ll never be able to compromise on, and we will always have to maintain high standards. But at the same time, these benchmarks must be kept relevant for both today’s force and tomorrow’s, meaning we have to ensure they’re not unnecessarily restrictive. So we’re going to review and update these standards as appropriate.” 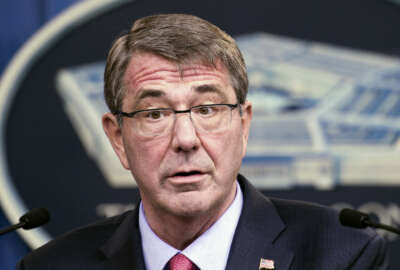 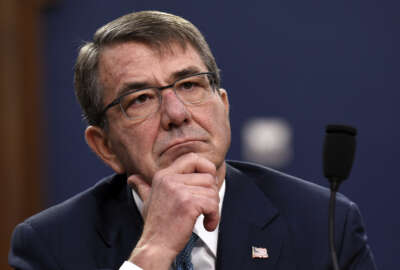 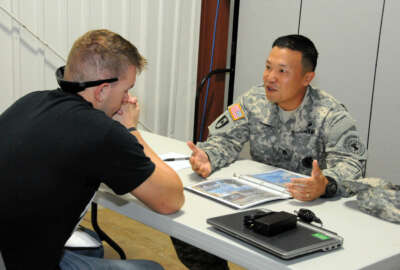