Frank Kendall, the undersecretary of Defense for acquisition, technology and logistics, used his final public remarks as Pentagon acquisition chief Tuesday to argue that DoD has made significant, demonstrable progress in improving outcomes from its procurement system, and that if Congress wants to help, it should largely stay out of the way.

Among the data points Kendall wishes would receive more attention: cost growth in major weapons systems is now at a 30-year low, an...

Frank Kendall, the undersecretary of Defense for acquisition, technology and logistics, used his final public remarks as Pentagon acquisition chief Tuesday to argue that DoD has made significant, demonstrable progress in improving outcomes from its procurement system, and that if Congress wants to help, it should largely stay out of the way.

Among the data points Kendall wishes would receive more attention: cost growth in major weapons systems is now at a 30-year low, an achievement he said was driven by sound internal management practices like tightly-controlled affordability caps and “should cost” management, not by legislative mandates.

By contrast, he said the measures congressional leaders have billed as acquisition reforms — particularly in the last two years’ Defense authorization bills — have not been helpful.

“The Hill has a very imperfect tool to try to improve acquisition results, and it’s a blunt instrument,” Kendall said. “It can change things like organizational structures and set very firm requirements for how we do business. Those are not good tools to achieve the results the Hill is after, but they keep trying. As often as not, what they do doesn’t help. What it does do is create more bureaucracy and regulation, because we have to implement everything that gets put into statute and demonstrate compliance. It adds and adds and adds to the body of regulation that’s a burden to our system. I don’t think it’s a fundamental determiner of results, but it is an overhead cost we have to pay.”

The 2017 Defense bill alone included more than 100 provisions dealing with acquisition, and Sen. John McCain (R-Ariz.), the chairman of the Senate Armed Services Committee, said as recently as Monday that more reform legislation can be expected from the current Congress.

Kendall said many of the provisions were “totally divorced from the reality of new product development,” but reserved some of his most pointed criticisms for one that will split the office he’s about to leave into two separate undersecretary positions — one focused on acquisition and support, the other on research and engineering. DoD sees the final legislation as less worrying than an earlier Senate proposal that would have demoted acquisition management to an assistant secretary post, but Kendall said it’s still a cause for concern.

“The right model is to have one person who’s responsible for the total lifecycle of our programs. I’m not sure how this is going to work out, and I don’t think it’s a good thing,” he said. “One of the things we’ve worked very hard on over the last few years is to have my assistant secretary for acquisition and my assistant secretary for research and engineering work very closely together and focus on the transition of technology into products. If we separate products from research, that’s going to be harder because it’s at a higher level in the bureaucracy now.”

Kendall said he was particularly worried that the incoming administration would appoint “outsiders” with no government experience to staff the new R&D operation.

“We’ve seen this before, when we’ve had people who have no idea how the Pentagon works or how the Defense industry works,” he said. “A couple of the first few undersecretaries for acquisition came in under the idea that we were going to bring in professional managers with commercial industry expertise. Those people have tended to stay for about a year, and at the end of the year they were only starting to understand the jungle they were living in. They were good people with good experience in their businesses, but it wasn’t what we do.”

The occasion for Kendall’s speech at the Center for Strategic and International Studies was to outline a freely available book he’s just released via the publishing arm of Defense Acquisition University. Intended mainly for the DoD acquisition workforce, it is largely a compendium of articles and guidance he has issued over the past several years as the department pursued its Better Buying Power initiative, plus a handful of anecdotes from his 45 years in the acquisition business.

He said that experience has led him to conclude that “Getting Acquisition Right,” as the book is titled, is mostly a function of having a skilled, trained acquisition workforce that behaves ethically and professionally and is empowered to do their jobs.

“Acquisition improvement is going to come from within [the department],” he said. “It is not going to be engineered by Hill staffers writing laws for us, it’s going to be done by the people who are in the trenches every day, dealing with industry, trying to get the incentives right, trying to get the performance right, setting reasonable requirements in our contracts, all of the hundreds of things that require hands-on work by thousands of people that are necessary to get good results.”

Among the themes repeated in Kendall’s speech and his book are the notions that the processes involved in buying products and services are very different in the commercial world when compared to the government sector — all procurements are supposed to be fair to any bidder and all decisions are subject to protest — and that buying and maintaining military systems requires unique skillsets.

“We have people who are trying to sustain systems that were bought as commercial items 30 years ago for which there are no replacement parts anymore. We have people trying to generate a market where there’s no natural competition so that they can bring prices down and get us out of a single-source environment. There are people who are wrestling with very knotty technical problems, including paying for research and development, which commercial customers don’t do.” he said. “Rules-based solutions aren’t the answer to any of those things, it comes down to professional judgement. The one thing Congress can do it make it easier to hire people and compensate them.”

And although he objected to admonitions that DoD behave more like a commercial buyer, Kendall said he was also worried by a trend toward favoring rapid acquisition processes, both on the part of Congress and the military services.

Rapid acquisition has its place, Kendall said, but only in fairly unique circumstances where equipment has to be fielded immediately, where money is no object and where the military is not concerned about the item’s long-term sustainment costs. He pointed to DoD’s fielding of mine-resistant ambush-protected (MRAP) vehicles during a peak of casualties from improvised explosive devices as a wise use of its rapid acquisition authorities.

“There’s this idea that we have an old kind of acquisition and a new rapid kind of acquisition system, and we just need to be doing more of the latter,” he said. “But rapid acquisition means high risk and low quality. When lives are on the line, it’s absolutely the right thing to do, but you end up sacrificing a lot of features when you’re in a hurry. Things like cybersecurity, reliability, maintainability and some of the cost-driving features in manufacturability or the ability to operate in all climates at all terrains. Those are things that our operators want, but they take more time, they take detailed designs, and they take testing.” 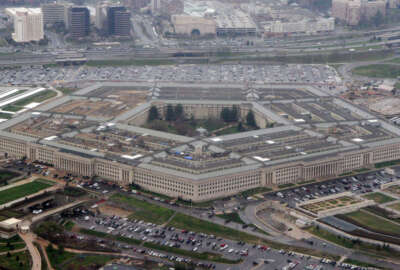