Officials from the Defense Logistics Agency told Congress that they have taken several steps to shore up the integrity of a program that distributes surplus military equipment to law enforcement agencies after the Government Accountability Office demonstrated that it was highly susceptible to fraud.

But the assurances were insufficient for at least two senior members of Congress, who say the Defense Department needs to suspend its transfers of “controlled” military equipment until DLA has completely solved...

Officials from the Defense Logistics Agency told Congress that they have taken several steps to shore up the integrity of a program that distributes surplus military equipment to law enforcement agencies after the Government Accountability Office demonstrated that it was highly susceptible to fraud.

But the assurances were insufficient for at least two senior members of Congress, who say the Defense Department needs to suspend its transfers of “controlled” military equipment until DLA has completely solved the internal control problems GAO identified in a recently-disclosed sting operation.

At issue is one of the two surplus property programs operated by DLA’s Law Enforcement Support Office (LESO). Although the division that deals with state and local law enforcement agencies appears to have more robust safeguards to keep equipment from falling into the wrong hands, GAO showed that it was able to pose as a federal agency that does not exist to get hold of $1.2 million in military gear that’s not available to the general public.

In an audit released last week, the office said its investigators, posing as employees of the fake federal agency, sought and gained approval to participate in the program by corresponding with DLA solely via email. Later, the undercover GAO employees were able to pick up more than 100 pieces of controlled property from DLA warehouses — and in two of the three cases, did so without being asked to show any form of identification.

On July 27, Reps. Adam Smith (D-Calif.) and Madeleine Bordallo (D-Guam), the ranking members of the House Armed Services Committee and that panel’s readiness subcommittee, respectively, said DLA should immediately suspend all of its distributions of controlled property to civilian law enforcement agencies.

“It is absolutely essential that DLA maintain accountability for this equipment. DLA must address the internal control weaknesses identified by GAO and must ensure compliance with 1033 program guidelines, especially validation of the identification of individuals who accept the transferred property,” said Smith, using another name for the LESO program. “We should not allow the 1033 program to continue to transfer controlled property until we know it has fully addressed the identified issues. Our committee will continue its close oversight of this program.”

The items GAO was able to obtain in the persona of its fictitious agency included night vision goggles, specialized gun optics, and simulated pipe bombs and rifles. DLA says the policies it had in place at the time of the sting would have required additional steps if the fake agency had been asking for operational firearms or aircraft.

But Zina Merritt, GAO’s director of defense capabilities and management, said the equipment the office procured from DoD could have been turned into lethal weaponry with commercial items that are easily obtainable off-the-shelf.

“While DLA has taken some steps to address identified deficiencies in the program, it lacks a comprehensive framework for instituting fraud prevention and mitigation measures at all stages of the process,” she said. “DLA officials acknowledge that they have not conducted a fraud risk assessment.”

DLA officials say they fully realize their internal controls weren’t adequate, that they had already started to make improvements at the time GAO conducted its investigation, and have accelerated those measures since becoming aware of the weaknesses GAO found.

For starters, DLA has told all 30 federal agencies that to participate in the program, they’ll have to name an executive-level point of contact at their headquarters to conduct any discussions with DLA about obtaining excess military property, and DLA will insist on signed memoranda of understanding and face-to-face meetings with those contacts at the law enforcement agency’s headquarters to verify that they’re eligible.

Those site visits have already been conducted at 22 of the agencies’ headquarters, and 12 have signed the new MOU, said Mike Scott, DLA’s deputy director for logistics operations.

“Additionally, DLA has strengthened the internal approval process for enrolling federal agencies,” he said. “First, we have designated a federal LEA liaison to manage the application process. Second, DLA will utilize the FBI’s National Crime Information Center (NCIC) database to verify the legitimacy of all organizations. Finally, the LESO program manager is now required to approve all federal applications as a second-level internal review.”

But DLA has yet to finish several of the steps it told GAO that it would implement in response to the audit findings.

The agency is only midway through a comprehensive workforce retraining program that’s designed to make sure that employees, for example, demand identification from purported law enforcement employees who are picking up equipment. Nor has DLA conducted a fraud risk assessment of the overall program, though Scott said the agency’s inspector general is preparing to launch one.

Rep. Carol Shea Porter (D-N.H.) said it’s baffling that the controls were as lax as they were to begin with.

“It seems to me there’s more red tape to open up a donut shop than there is to get this equipment — or at least that there was,” she told DLA officials at a House Armed Services Committee hearing. “I’m glad that you’ve now identified a point of contact and you have all these steps there. But common sense says they should’ve been there at the beginning. The people who drafted this clearly are not competent enough to handle this work. This was a serious job, and they failed the people of this country.”

Scott said there is no evidence that anyone — other than GAO — has ever been able to scam the program and get their hands on excess military equipment without a valid law enforcement need.

Nonetheless, he acknowledged that the problems auditors found are quite serious.

“Our view was that we did have sufficient controls in place. That clearly is not the case,” he said. “But the program has also been reviewed by other external folks as well. There have been previous GAO reports. We’ve had an independent review of the program by the RAND Corporation. It doesn’t make it any better, but the external reviews did not identify these deficiencies. Now that we know them, we are all over it to make sure it never happens again.” 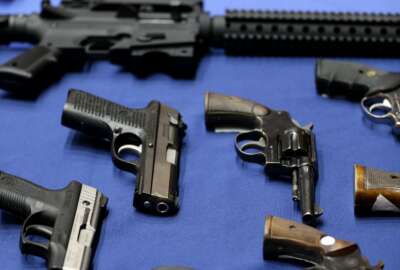 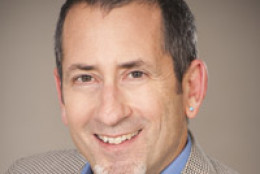 Sometimes the outrage outweighs the offense