The Defense Department is taking what one might call a deliberative approach to the construction of the Cyber Excepted Service, the new, more flexible personnel system Congress authorized for civilian employees who work in cyber defense and some other IT fields.

The Pentagon says it is implementing CES in three separate stages, and the final, full-implementation phase won’t come into play until the end of 2018, nearly three years after Congress passed a measure to let DoD bypass...

The Defense Department is taking what one might call a deliberative approach to the construction of the Cyber Excepted Service, the new, more flexible personnel system Congress authorized for civilian employees who work in cyber defense and some other IT fields.

The Pentagon says it is implementing CES in three separate stages, and the final, full-implementation phase won’t come into play until the end of 2018, nearly three years after Congress passed a measure to let DoD bypass ordinary federal hiring and pay procedures to make it a more competitive employer of cyber specialists.

Phase one started just a few weeks ago, after DoD successfully modified the software in its HR systems to accommodate its first new hires into the excepted service. The first employees were inducted shortly thereafter, and include a relatively small group of workers at U.S. Cyber Command, the Joint Force Headquarters-DoD Information Networks and in the office of the DoD chief information officer.

“It may seem like this has been a slow process, but it’s a significant change for us and we’ve been really hammering away at it,” Maj. Gen. Ed Wilson, the deputy principal cyber advisor to the secretary of defense, said in a recent roundtable with reporters. “We want to start small, and start with what we thought was our highest need, which is U.S. Cyber Command. The way we’ve set it up, it gives us a headquarters function here in the Pentagon, a headquarters function out in the field and a tactical component as well.”

Insight by GDIT: During part 1 of this exclusive webinar series, moderator Tom Temin will discuss ICAM with agency and industry leaders.

In phase two, due to start sometime next year, the department plans to begin extending the CES to current and prospective employees in the military services and in the Defense Information Systems Agency.

During that broader rollout, one of the biggest hurdles the military departments are likely to face is one of education, since none of DoD’s current employees can be forced to move into the new excepted service without their consent, said Gary Wang, the Army’s deputy CIO.

That assessment, he said, is based on DoD’s previous experience with other alternative personnel systems such as the Defense Intelligence Civilian Personnel System, the program the Pentagon has used as one of its models for the CES.

“We need to demystify the process, because a lot of people are very hesitant about moving into an excepted service,” he said. “A lot of the groundwork is going to be about reducing peoples’ anxiety. I say that as someone who’s moved three-or-four times in and out of the intel community. The other area we have to work on is to prevent stovepiping between the two systems, because you have folks that want to be able to move back and forth to kind of provide a different perspective. We want to be sure those impediments aren’t there. We want people to move back and forth between the two systems.”

Officials declined to hazard an estimate as to how many current employees would move into the excepted service or what proportion of the current cyber workforce the CES would represent once it’s fully implemented.

That’s partially because DoD is still in the process of determining precisely which employees should be counted as part of its cyber workforce and coding their positions to accord with the National Institute of Standards and Technology’s Cyber Workforce Framework, an obligation Congress placed on all agencies as part of the Federal Cybersecurity Workforce Assessment Act in 2015.

“I think as we go through this, we’ll find it’s much broader than the IT community,” said Essye Miller, DoD’s deputy chief information officer for cybersecurity. “We need to make sure we’ve got the full gamut covered, including pieces like the legal and contracting community.”

Congress gave the department wide latitude to set its own rules in establishing the new personnel system, and DoD finally published those rules in August, telling Defense components that they should adhere to them as-written and refrain as much as possible from layering on their own mission-or-service-specific caveats.

As to recruiting, the rules bypass the government’s traditional requirement that all available jobs be posted to the government’s USAJobs.gov website, and makes clear that DoD components can advertise postings via “any legal means.” They also set a three-year probationary period and other measures that make it easier for the military to fire civilian employees who don’t perform as expected.

As to pay, the system is largely modeled on the existing General Schedule, but with provisions that officials say are designed to make the CES more “market-based” so that DoD can come closer to competing with private-sector salaries.

The CES, for example, introduces the idea of Local Market Supplements, additional pay incentives that will be set each year by the CIO and DoD personnel officials to reflect both the cost of living in a geographic area and DoD’s demand for specialists in high-demand career fields “that require separate interventions” in support of “the cyber mission.”

Employees who work in the excepted service do not fall under Title 5 of U.S. Code — the body of law that governs almost all other federal civilian employees — but under Title 10, which gives the Defense Department much more control to set its own personnel rules.

Nonetheless, the department has insisted the CES will follow merit system principles and will retain other common features of the civilian personnel system, such as veterans preference.

In a recently published fact sheet, the department also said employees who opt into the new system will maintain the career status they’d achieved under Title 5, and that it would continue to honor existing collective bargaining agreements, personnel protections and appeal rights. 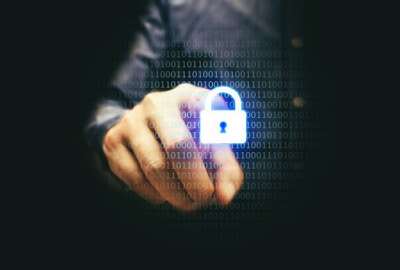