Closing the Gap between Government and IT

Ok, not such an easy question to answer.

Are we heading back to the future where dummy terminals fill every desk? While not the green screens of the 1970s and 1980s, the idea of thin clients and zero clients seems to be growing as virtualization and cloud continue to take hold.

Even though IDC Government Insights predicts cloud spending will drop in 2017, their research shows investment in cloud will rebound in 2018 and continue...

Ok, not such an easy question to answer.

Are we heading back to the future where dummy terminals fill every desk? While not the green screens of the 1970s and 1980s, the idea of thin clients and zero clients seems to be growing as virtualization and cloud continue to take hold.

Even though IDC Government Insights predicts cloud spending will drop in 2017, their research shows investment in cloud will rebound in 2018 and continue to rise to $3.3 billion in by 2021 from $2.2 billion this year.

But virtualization is more than just data centers. It also can enable better security because patching and risk mitigation can be done more easily. It also can open the door to better mobile access to data and apps.

And with virtualization, agencies can move to a single desktop interface, where deploying operating systems or apps becomes a lot easier.

That brings us to the Windows 10 opportunities.

The Defense Department missed its deadline to migrate to Windows 10 by January. But getting 4 million people on one operating system is no easy feat.

DoD’s long-term vision includes cloud, both commercial and government-only versions, better security through initiatives such as installing Windows 10, and moving to the as-a-service concept from tooth to tail.

The combination of cloud, VDI and Windows 10 are giving DoD—and many other agencies– technology trifecta to bring them into the future.

Jason Miller is an executive editor and reporter with Federal News Radio. As executive editor, Jason helps direct the news coverage of the station and works with reporters to ensure a broad range of coverage of federal technology, procurement, finance and human resource news.As a reporter, Jason focuses mainly on technology and procurement issues, including cybersecurity, e-government and acquisition policies and programs.

Mr. Sasala became the Director of the Army Architecture Integration Center in the Headquarters of the Army Office of the Chief Information Officer/G-6 on February 5, 2017

As the Director, Mr. Sasala reports directly to the Army CIO/G-6 and is responsible for ensuring the interoperability and supportability of the Army’s Information Technology Architectures.  He also leads the planning, developing, and implementation of the Army’s Enterprise Architecture, used in decision support regarding governance, policies, compliance, standards, investment strategies, engineering, identification of capability sets, force development, fielding, and blueprints for operations.

Mr. Mark Goodge is a recognized IT professional with more than 22 years of experience leading technology operations and initiatives across large-scale, complex organizations. As the Military Health System’s Chief Technology Officer, Goodge is focused on defining overall technical strategies and managing the creation of a technical architecture that is aligned with business priorities. Additionally, as Division Chief of the Defense Health Agency’s Health IT Innovation and Advanced Technology Development Division, Goodge is responsible for coordinating the research and diffusion of joint, innovative health IT capabilities, tools, and solution sets across the enterprise. Goodge’s resume lists previous C-level positions within military health, including as CTO and director of deployment services for the MHS’ infrastructure office, CIO for the Bethesda National Naval Dental Center, and CTO for the National Naval Medical Center Bethesda. Goodge also served ten years as a Navy Hospital Corpsman.

Manoj has over 19 years of experience in the ‘server based computing’ technologies, which has now evolved to what we call, VDI. 15 of those years were spend supporting the US DoD and Civilian agencies. Manoj Currently serves as the Outside Sales Specialist for Dell’s Cloud Client Computing group enabling and supporting and the Federal Channel partners and their end users, DoD and Civilian agencies.

Manoj has served in many roles over his career as an SE, Sales, PM, Technical Advisory roles, Group VP. Manoj has managed and deployed both large and small scale deployments of various technologies around SBC/VDI and secure end points at DoD and Civilian agencies both CONUS and OCONUS.

Prior to joining Dell via the acquisition of Wyse Technologies, Manoj was the 1st Wyse Federal SE and along with one Sales person grew the Wyse Federal business over a period of 4-5 years, making Wyse the #1 provider of Thin and Zero clients to the US Federal Government. Manoj has also worked at VMWare the leader in virtualization supporting various Civilian agencies helping them to adopt VDI as the secure method for delivering desktops and apps to any user from any device from anywhere.

Troy has over 30 years of experience with DoD information technology operations and over ten years of federal vendor experience.  Troy serves as the Director of Enterprise Engagements for Iron Bow Technologies, focusing on the Department of Defense.

Troy has over 20 years of design, deployment and administration experience with Microsoft applications.  These applications include Exchange, Active Directory, SharePoint, SMS and many others.  Troy has worked with these products on large, medium and small scale environments, to include Federal, State and Local Government and Civilian clients.

Prior to joining Iron Bow in September 2010, Troy spent 10 years as a Systems Engineer and Data Center Architect in both physical and virtual environments. Troy also served twenty one years in the U.S. Air Force as a Computer Systems and Communications Operator.

Troy Massey spent over 20 years in the U. S Air Force IT departments managing the upgrades of IT infrastructure and migrating hundreds of thousands of users across platforms.  He has since moved over to the IT contracting side where he designs, implements and manages migration for both government and commercial organizations. 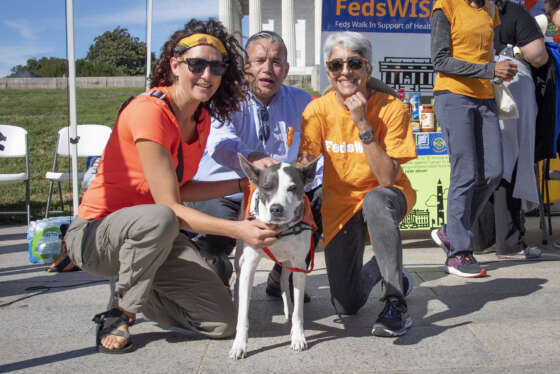 Kicking off the Feds Feed Families and FEDWISH program