From commissaries to travel policy, a few ways a DoD shutdown could differ from 2013

Get the latest news about the government shutdown first. Sign up for our breaking news alerts.

Unfortunately, like most federal agencies, the Defense Department has enough recent experience with government shutdowns that preparing for the possibility of an appropriations lapse required only relatively minor revisions to the guidance the department executed the last time it went through an actual shutdown.

But Defense workers and contractors who experienced the 2013 shutdown may notice a few differences this time around.

For example, in multiple places throughout the guidance DoD issued on Friday, officials make clear it’s entirely possible for a civilian employee to be exempted from furlough and required to work one day, and then furloughed the next.

Like the 2013 edition, the new guidance bases decisions on whether or not employees must be furloughed on whether their jobs involve duties that the military services or agencies have deemed “excepted activities.” But unlike the 2013 version, the latest document emphasizes that those civilians are only allowed to work for as long as they’re actively performing those excepted functions. And officials suggest managers should do all they can to minimize the number of employees they deem exempt from furlough.

“Once the excepted activity work is completed, the individual should be furloughed using government emergency shutdown procedures,” according to the guidance. “If the excepted activity is to be performed intermittently during the day, management should consolidate excepted activities to the maximum extent possible for performance by the fewest number of employees. Management needs to determine if military personnel vice civilians can provide the needed support to the ‘excepted’ activity.”

DoD initially furloughed about half of its civilian workforce at the start of the Oct. 1, 2013 shutdown. Officials have not provided an estimate for how many would be affected by a shutdown this time.

A senior administration official, speaking on a conference call with reporters today, said they had no estimate on how many DoD or civilian agency employees would be furloughed should a shutdown occur.

Another change to furlough policy involves foreign nationals who are working for the U.S. government. The 2013 rules exempted all foreign nationals as long as they were paid with non-U.S. funds, or if they were working under international agreements that expressly forbade furloughs. But the new guidance says those workers can still be furloughed if their agreements involve DoD reimbursement to the foreign nation for their salaries.

The updated document also includes tweaks to the types of government-funded travel that officials have deemed permissible during  shutdown. For instance, in 2013, DoD determined that it could still pay travel costs for servicemembers who were separating from the military. That’s no longer true, unless those travel orders were fully-funded prior to the shutdown.

Also, the new guidance makes clear that virtually anyone who’s traveling on temporary duty at the time of the shutdown must be brought home as quickly as possible, including military members who are traveling for professional military education.

Another change would let at least some commissaries remain open, even though the stores are operated partly with appropriated funds. In 2013, all commissaries in the continental U.S., Alaska and Hawaii were told to close a day after the shutdown began. This time, there’s a blanket exception not just for overseas locations, but for “remote U.S. locations where no other sources of food are reasonably available for military personnel.”

With regard to DoD contracts, as in 2013, work is generally allowed to continue as long as the contract was fully funded prior to the shutdown or if it’s a new contract in support of an excepted activity. But DoD would have to issue a stop work order or terminate the contract if furloughed government personnel are “critical” to the contract’s performance.

For most civilian employees at the Defense Department, the 2013 shutdown furlough was shorter than for those at other government agencies. Within a week, DoD began bringing back its workforce after arriving at a legal interpretation of a last-minute bill to pay servicemembers’ salaries, concluding that it could also cover most of its civilians.

Nonetheless, the department concluded that the shutdown forced it to waste at least $600 million, as measured by productivity lost during the furlough. Across the rest of the federal government, the tab was much higher: $2.5 billion.

The shutdown also left DoD unable to fund myriad day-to-day, but critical functions. Among the most high-profile was its inability to pay death benefits to families of servicemembers killed in the line of duty. As a workaround, officials established an agreement with a nonprofit organization, the Fisher House, to fund those payments during the course of the shutdown.

But the new guidance makes clear that a 2018 shutdown would result in a similar situation: death gratuities would once again be suspended. 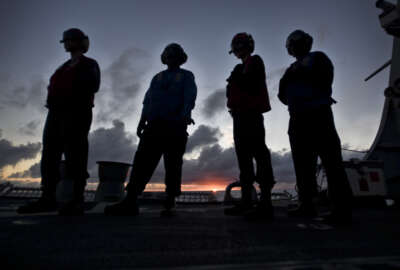 This is what a shutdown will look like for DoD employees 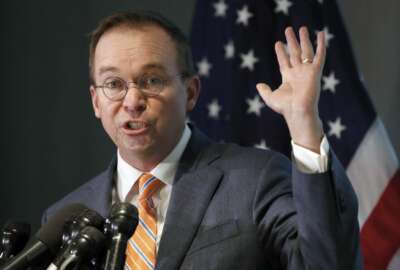 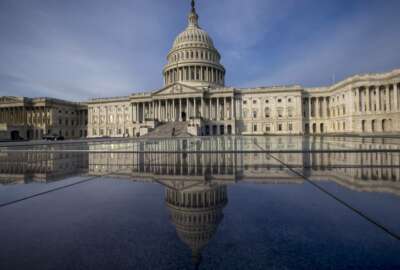 If the government closes, when will you know your work ‘status?’