For years, the federal government has experienced challenges around recruiting young talent, fresh out of college, for information technology jobs. It’s also had some challenges in trying to diversify the federal workforce. Where those areas overlap, the problem can be felt more acutely.

Last year, the Office of Personnel Management reported that women comprised more than 43 percent of the federal workforce. However, the agency also found that in 2015, only about 70,000 women worked in STEM-related career fields in the federal government in 2015.

During an AFFIRM panel discussion Thursday, several women in federal technology management positions called on hiring officials to help broaden the diversity of the federal workforce, and to empower women to climb the career ladder at their agencies.

Renee Macklin, the Commerce Department’s director of IT enterprise services, said a diverse workforce is best suited to take on her team’s mission, which now includes a rollout of shared services across the department.

“I do believe that everybody brings something to the table, and diversity is so important when you’re trying to solve some of the problems that we deal with in technology, because everybody brings a different point of view,” Macklin said. “And no point of view is, ‘This is the only way.’ And I think, when you embrace that,  and understand that you need each other in that whole diversity realm, you get a better solution. ”

Adriane Burton, the chief information officer at the Department of Health and Human Services’ Health Resources and Services Administration, said she’s seen more women taking jobs in technology, but said she hasn’t seen that diversity spread evenly across her agency.

“Especially in the IT field, I see a lot of women programmers. I don’t see a lot of women network engineers and network security,” Burton said. “I know that’s been a challenge for our organization in term of hiring for women in those particular positions. But diversity definitely is important. As a manager, you want to make sure you are looking and evaluating diversity within your organization on a regular basis.”

Stacy Dawn, the assistant director for privacy and security compliance at the Securities and Exchange Commission, said providing mentorship to new hires helps to diversify the higher ranks of federal IT.

“With my direct reports, I ask each of them, when we have our reviews … ‘Do you aspire to get to a position like the one I fill right now?’ And not everybody does. So there’s not a lot you can do for somebody who’s very happy in their position. They could be doing a wonderful job, they don’t want to leave, and that’s fine. We need those people, too,” Dawn said. “But the ones that do aspire, you give them guidance — what training, what books to read, and help them fill out the USAJobs application if they’re not sure how.”

“Have a mentor, but also be one, because I think making that connection is important so that you can pass on the advice that you get. But I also think it’s important in terms of developing the next generation of people,” Angerman said.

Janice Haith, a former deputy chief information officer with the Navy, said the Defense Department has a proven track record of mentorship.

“They train you in DoD to be a mentor. They have various stages at different grade levels, but military trains civilians, civilians train military, because if you work in DoD at the Pentagon, it’s a different flavor than if you work in the military outside of the Washington area. So you have to learn to find a balance with them.”

During her career as a senior executive service employee, Haith said she also learned to work alongside military officials, and vice versa.

“When DoD has a furlough or a shutdown, the military is there, the civilians aren’t, unless you’re exempt or essential. The military can’t do half the work that the civilians do. They’ll basically tell you, ‘I’m not doing anything until the civilians get back, because I don’t know how to do it.’ … The civilian workforce provides that continuity. We’re always there. We’re there when they go into their next duty station or when they’re out there fighting for us,” Haith said. 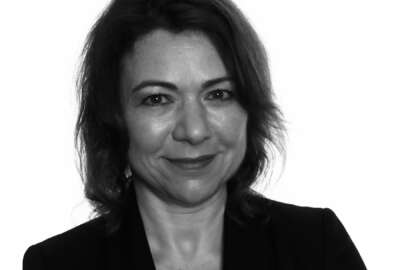 OPM encouraging all feds to become diversity and inclusion ‘practitioners’

State Department preparing to elevate diversity ‘to the next level’ 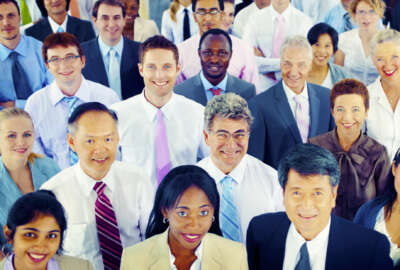