What role career feds can play during the upcoming presidential transition

With one year until Inauguration Day, a smooth presidential transition isn’t only about “measuring the drapes.” The Partnership for Public Service says candidates should start thinking now about their management agendas and the people they want to fulfill them.

But career federal employees have a role to play in the upcoming transition as well.

Civil servants should actively approach the new leadership and remind them what the agency does and the work they do, Josh Bolten, chief of staff to former President George W. Bush, said Jan. 20 at the Partnership’s launch of the Center for Presidential Transition.

“There is a lot that all of us do in each of these government agencies that is not ideological, need not be partisan, and therefore need not be reevaluated or under suspicion, but should actually be encouraged,” he said. “There should be a transition of a lot of the good policy work that goes on in some administrations to others. An administration needs to come in with some humility about the quality of work that has already gone before and should not be thrown [out] with the bathwater.”

The new administration should set aside any distrust of the previous administration and remain receptive to those conversations, as well as the reports and plans agencies prepare for them, Bolten said.

Gloria Parker, a former chief information officer at the Housing and Urban Development and Education departments, worked through two presidential transitions and political party swaps, a process she described as “extremely painful.”

“It didn’t seem to matter how great a job you were doing or all the accomplishments you made, it was all about politics,” Parker said. “My concern is, we lose a lot of really good work and ideas because the politics come into play, and nobody is really paying attention to real achievements that these people have made for the federal government.”

Parker served on President Barack Obama’s transition team and helped write some of the manuals that agencies give to brief the incoming President. She questioned whether new administrations actually read those guidebooks.

“The answer, sadly, is no, they probably didn’t get read, didn’t get paid attention to,” Bolten said.

Career federal employees might have to advocate for themselves and the work they do more than ever before, considering the dialogue Bolten said he hears among today’s presidential candidates.

“Ignorance of the traditional levers of government, and contempt for those with experience using it, seems to be an advantage in the Republican primary these days,” Bolten said. “I’m concerned, at least in my own party, that measuring the drapes will still be a political liability and some of the campaigns may feel it’s their responsibility to remain as ignorant as possible.”

Bolten, and Mack McLarty, chief of staff to former President Bill Clinton, agreed that previous presidential transitions have been unnecessarily long and complicated.

Too often, transition teams spent too much time starting over from scratch, rather than building upon the lessons previous administrations have learned, both men said.

The Center for Presidential Transition is compiling resources, a guidebook and a general timeline to help candidates prepare for a transition — a process that former transition experts say should begin now.

The Center is encouraging candidates to consider this general timeline for crafting their management agendas and considering their leadership:

April 2016: Candidates should announce a transition chairman by the first week of April. The chairman should set up an office by May.

Jan. 20, 2017: The incoming President should have White House staff and the top 100 agency leaders in place.

August 2017: The President should have 300 more political appointees filled by the August congressional recess.

“If you’re prepared — and no one has been — to actually push hard at the beginning, again, going fast may be easier than going slow,” said Max Stier, Partnership for Public Service CEO. “Typically new administrations have been very successful at getting their first wave in. Their first wave, though, is defined as the cabinet and maybe some other individuals. Our proposition is, if you think of your first wave as actually getting teams into agencies as opposed to just the cabinet secretary, you can have a very large multiplier effect.”

Historically, less than 30 percent of a President’s leadership positions are filled by the August recess, according to information from PPS. Nearly 19 percent of those positions stay unfilled throughout the President’s term.

One federal employee at the Federal Emergency Management Agency said she and her colleagues were concerned about the time it would take for their new acting leaders to become permanent ones.

“You will probably once again end up with a lot of acting people in place at FEMA,” Bolten said. “Which organization do you least want to be in transition mode at a time of crisis than an operation like FEMA?”

The Partnership isn’t the only organization pushing an earlier and more comprehensive start to the presidential transition process.

“I think the general public largely understands the need, the common sense, the judgment for an orderly, serious … transition with as much time as you can,” McLarty said. “You have to multitask. You have to run the campaign to get elected, and you have to simultaneously be preparing for the transition to govern if you are.” 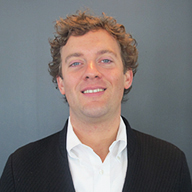 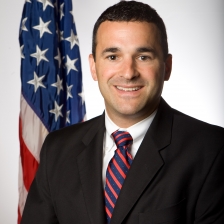