Senior leaders at the Veterans Affairs Department are questioning whether the legislation that was designed to hold senior executives at the agency more accountable and speed up the punishment process is working the way it’s intended.

Agency leaders are proposing changes to the Veterans Access, Choice and Accountability Act of 2014 (Choice Act), namely in the form of legislation to strip agency senior executives of their rights to appeal to the Merit Systems Protection Board when they face disciplinary action.

Senior leaders at the Veterans Affairs Department are questioning whether the legislation that was designed to hold senior executives at the agency more accountable and speed up the punishment process is working the way it’s intended.

Agency leaders are proposing changes to the Veterans Access, Choice and Accountability Act of 2014 (Choice Act), namely in the form of legislation to strip agency senior executives of their rights to appeal to the Merit Systems Protection Board when they face disciplinary action.

“Recent experience suggests that the executive accountability authorities currently available to the Secretary are an ill fit for a department undergoing transformation, and that extending the Title 38 disciplinary and appellate procedures to VA’s career executives would strike a better balance between executives’ due process rights and the secretary’s need to effectively manage his executive workforce,” said the draft proposal obtained by Federal News Radio.

At the center of the VA’s proposal is a move to re-classify agency senior executives from Title 5 to Title 38, meaning that if the department secretary chooses to demote or fire that employee, the punishment is final. Changes to the way the department appoints, onboards and pays its SESers are also included in the proposal.

The VA said it was long interested in re-classifying SES under Title 38, but word of the department’s proposal has grown louder amid the Merit Systems Protection Board’s recent decisions to overturn punishments for three VA senior executives in one month.

“While Deputy Secretary Gibson and I are disappointed in those MSPB decisions, our interest in converting VA executives to a Title 38 employment system pre-dates those decisions and addresses a much broader range of concerns,” VA Secretary Bob McDonald wrote in a Feb. 18 email to the agency’s senior executives, which Federal News Radio obtained.

Government Executive first reported the details of the legislative proposal and McDonald’s letter.

VA Deputy Secretary Sloan Gibson said he recognized from the beginning that the Choice Act didn’t change what his agency had to prove when it brought cases before the MSPB. But he’s surprised by the direction MSPB has taken in the three most recent decisions.

“There is some deferrence, there’s almost a presumption on the part of MSPB that if the charge is sustained, then the punishment follows, and explicitly that the Douglas factors or other extenuating circumstances not be applied,” Gibson said in a Feb. 22 call with reporters. “And yet the MSPB is choosing to do that. We don’t happen to agree with that, but that’s the MSPB. So I would say in that particular respect, no, [the Choice Act] is not working the way I thought or expected it to be working.”

A shift at MSPB?

The VA Choice Act made two specific changes to the Merit Systems Protection Board’s role in the appeals process.

The law establishes a shorter timeline for MSPB to issue a formal decision; Administrative judges have 21 days from the time the appellant submits an appeal rather than the typical 120 days. The law also moved the decision process from the agency’s three-member board to a single administrative judge.

The Choice Act does not change any statutory burdens of proof, MSPB said in a statement on its website.

But William Wiley, an attorney and  former chief counsel to the chairman of MSPB and now co-founder of the Federal Employment Law Training Group, said VA is reacting to a new direction the Board has adopted since 2010.

“The board has stepped into that area and said, ‘Well, no, we don’t see the evidence the same way that the deciding official does. Therefore, we’re going to undo the punishment,'” Wiley said.

Gibson is the deciding official in these cases. He argued that if the VA’s evidence proves the senior executive did commit misconduct, the agency’s punishment should stand, and the judge shouldn’t consider other circumstances to agree or disagree with the VA’s removal or demotion.

In the case of Linda Weiss, the former director of of the Albany, New York Stratton Veterans Administration Medical Center, the MSPB judge agreed she should have done more and acted more quickly to discipline a nurse who received complaints for treating patients poorly. But VA’s decision to fire Weiss was too harsh, MSPB said, considering the evidence and the circumstances.

“I find that the facts and circumstances as presented by the record before me demonstrate that it is unreasonable to remove an employee who has very positively contributed to the agency for more than 42 years for this one offense,” Joseph wrote.

Wiley said the MSPB’s shift in judgment stems from three cases that began in 2010, when the Board began considering whether the agency’s punishment for the accused was consistent with penalties it imposed on other employees who were involved in the same misconduct.

Comparative penalties are one of the 12 Douglas Factors, criteria that supervisors must consider when penalizing an employee for misconduct. They’re based off of the 1981 Douglas vs. Veterans Administration case, which set the criteria as precedent.

In the cases for Kimberly Graves and Diana Rubens, both administrative judges overturned the VA’s decisions because the agency didn’t punish them the same way it penalized other executives who were accused of taking advantage of a VA relocation program.

“The Douglas Factors don’t technically apply to these cases,” MSPB Chairwoman Susan Tsui Grundmann said in an interview on the Federal Drive with Tom Temin. “However, if you note, that one of the administrative judges said she found them informative in evaluating the penalty.”

VA’s push to cut the MSPB out the disciplinary appeals process is in reaction to the “subtle” shift in the Board’s mindset, Wiley said.

“It’s just an example of the level of frustration that the leadership at the VA feels trying to get around this Merit Systems Protection Board and the way it’s been going,” he said. “I say all of this with a heavy heart. I love the Board. I always thought it was a lynchpin of the civil service and served a big function. But it’s really gone down a couple of dark roads in the last four or five years, and this is one of them.”

‘They make the best call they can’

Grundmann said she isn’t surprised by the results the VA is seeing with these Choice Act cases.

The decision process can be an intense one for the administrative judges, who have 21 days to consider thousands of pages of evidence. Judges put their other cases on hold, and a team of attorneys, IT specialists and paralegals support their work on the VA cases, Grundmann said.

“The administrative judges know that they are the final word, and not just for this agency, but overall,” she said. “They make the best call they can based on the facts and the law within the timeframe proscribed. Otherwise, the secretary’s decision to demote or remove stands by default.”

House VA Committee Chairman Jeff Miller (R-Fla.) long argued to cut MSPB from the appeals process, a proposal that was included in the original legislation when Congress began working on the bill in 2014.

If that proposal remained in the bill, the VA could have avoided its current disappointments with MSPB, he said.

“I have much more faith in the VA secretary than I do the Merit Systems Protection Board,” Miller said in a statement. “So when it came time to negotiate the Veterans Access, Choice and Accountability Act, I wanted to cut the MSPB out of the disciplinary process for VA senior executives in order to give the secretary the ability to quickly discipline those who deserved it. Sen. Bernie Sanders (D-Vt.), however, insisted that the MSPB remain involved. In order to pass a law to help veterans suffering from the VA scandal, we had to compromise.”

VA employees are “being disciplined accordingly” using the Choice Act process, a spokesman for Sanders’ office told Federal News Radio, who also defended the inclusion of the MSPB in the legislation.

The Senate Veterans Affairs Committee did not return requests for comment.

Debra Roth, a partner at Shaw Bransford & Roth, said it’s for that very reason that Congress and the VA are reconsidering alternatives to the Choice Act.  She said Congress added the 21-day MSPB appeals process back into the law when detractors said they wouldn’t vote without it.

“It wasn’t intended to give a process where people won,” Roth said. “And when three people won … it freaked them out. … No one is having the discussion of whether the VA made bad decisions. It has to be the MSPB, because we gave them a process that was designed to be a rubber stamp. And that’s what we thought at the time. And it’s now proven to be true, that that’s what they intended at the time. It was a farce. Because as soon as it works, we’re going to take it away.”

The House and Senate Veterans Affairs Committees have included the VA’s legislative proposal in their discussions on a package of veterans legislation. They hope to move forward with a new proposal this year, a congressional staff member said.

But the agency’s proposal will likely face a long and difficult fight in Congress before it passes.

“If there’s one thing that I hope that people would carry away from these three decisions … are the challenges associated with being able to enforce accountability in certain circumstances,” Gibson said Feb. 22. “It is an extraordinarily high bar.” 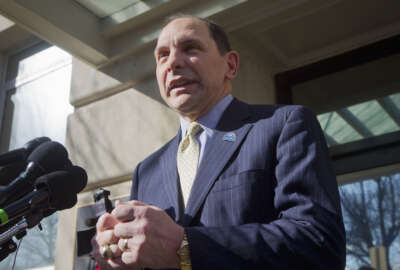 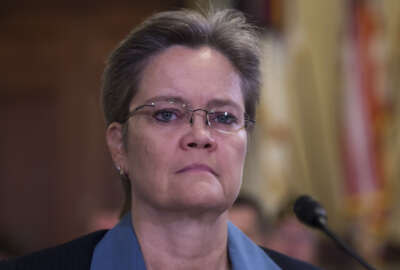