The future of the Digital Accountability and Transparency Act, a law aimed at making government spending more transparent, is getting murkier as the lead agencies behind the implementation struggle to keep deadlines and provide agencies with the guidance they need to adopt the new standards.

During an April 19 House Oversight and Government Reform Committee meeting, senior officials with the Treasury Department and the Office of Management and Budget, told members that the answer as to...

The future of the Digital Accountability and Transparency Act, a law aimed at making government spending more transparent, is getting murkier as the lead agencies behind the implementation struggle to keep deadlines and provide agencies with the guidance they need to adopt the new standards.

During an April 19 House Oversight and Government Reform Committee meeting, senior officials with the Treasury Department and the Office of Management and Budget, told members that the answer as to whether or not the May 2017 full roll-out of the DATA Act was on schedule, was more complicated than a yes or no.

“The little bit more complicated answer, I believe, is we will see between now and then, about how quickly they come along in terms of the quality of their data,” said Treasury Fiscal Assistant Secretary David Lebryk. “All the agencies are through the first four [steps of an eight-step implementation plan]. We have 17 or 18 of the 24 actually come to the sandbox already and actually taken files and put them into the prototype broker. Those who have not, many of them have come back and said they feel pretty comfortable about where they are now. We want them to come in sooner but that has not been a major concern to us yet. … The first time you go through something like this, when you bring data in for the first time, you realize that there are relationships and there are quality of data issues that you need to address. Those who come in earlier are quicker at getting at quality issues and some of the relationship issues that they need to understand across files.”

But when Rep. Gerry Connolly (D-Va.) asked about deadlines being missed, OMB Controller David Mader said that he “couldn’t tell you today that all 24 of those major agencies are going to make it.”

“I think that the readiness reviews that we started last week and the finalization of the guidance and schema will allow agencies to lock down their implementation plan,” Mader said. “I would suspect come the end of July, August, I could probably say with a certain amount of certainty, this number of agencies are surely going to make it, and these maybe are not going to hit that exact date.”

The line of questioning comes with just over a year to go before the May 2017 deadline for the implementation of the DATA Act, and a new report out by the Government Accountability Office that highlights the work that needs to be done to fully realize that implementation.

Returning with a ‘re-plan’

One highlight of the report was a two-part pilot the act required OMB to create, which covers federal grants and federal contracts [or procurements].

The Department of Health and Human Services is handling grants, the GAO report said, while OMB’s Office of Federal Procurement Policy is leading the procurement side with the help of the General Services Administration’s 18F.

The pilot looked at certified payroll data, GAO reported, however, “this narrow focus on certified payroll stands in contrast to the grants portion of the pilot, where HHS will explore several areas in which grantee reporting burden could be reduced.”

Mader said OMB would be returning within 45 days with a “re-plan” of the pilot, “so that we can assure ourselves and you that we’ll meet all the objectives of the DATA Act.”

Mader also agreed to include a year’s worth of information in the pilot, which was requested by Rep. Mark Meadows (R-N.C.)

While the agencies have taken steps toward implementing the legislation,  Sager said, “We have identified challenges related to the standardization of data element definitions and the development of a technical schema that, if not addressed, could lead to inconsistent reporting.”

Agencies reported that lack of funding, tight time frames and issues with guidance are areas of concern.

GAO has nine open recommendations on the DATA Act implementation. They range from a 2014 recommendation to address under-reporting and inconsistencies within USASpending.gov, to a recommendation made in January on the need to finalize technical guidance.

According to the report, the four biggest hurdles for agencies when it comes to the DATA Act implementation are:

Sen. Mark Warner (D-Va.) sent a letter to 37 agencies in early April asking for an update on how they are following the DATA Act and preparing for next May.

Warner introduced the DATA Act in 2013.

Among the things Warner asked agencies was how has implementation to date varied from your expectations, and what challenges have been encountered, as well as what resources agencies anticipate they will need in order to fully implement the DATA Act. 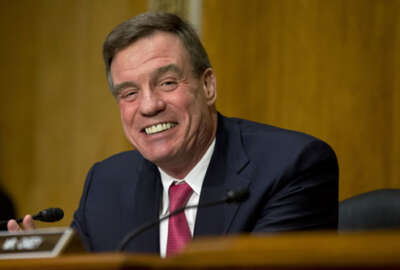 Agencies plow ahead with DATA Act despite big hurdles