The debate over the future of the Veterans Affairs Department has pivoted to the presidential campaign.

Democratic presidential candidate Hillary Clinton and Republican nominee Donald Trump have widely different ideas for changing the VA, which mimic the same divides among the current administration, members of Congress, the veterans community and federal employee unions and groups.

Clinton’s plan puts a heavy emphasis on greater integration between VA and the Defense Department. Her policy plan mentions joint work between the two departments on...

The debate over the future of the Veterans Affairs Department has pivoted to the presidential campaign.

Democratic presidential candidate Hillary Clinton and Republican nominee Donald Trump have widely different ideas for changing the VA, which mimic the same divides among the current administration, members of Congress, the veterans community and federal employee unions and groups.

Clinton’s plan puts a heavy emphasis on greater integration between VA and the Defense Department. Her policy plan mentions joint work between the two departments on several occasions.

First, Clinton would “personally convene the secretaries of veterans affairs and defense regularly in the Oval Office and direct them to develop, execute and report on an effort that integrates their health care operations to create a more efficient and a sustainable system.”

She wants to streamline the DoD and VA health care footprint, as well as procurement and IT activities between the two departments, the policy plan said.

Clinton also came out strongly against measures to move VA health care to a more privatized system, though she suggested she isn’t opposed to purchasing some private, specialized care in cases when veterans can’t access health care quickly enough.

“She will oppose privatization of the VA system, which would undermine our veterans’ ability to get the unique care that only the VA can provide while leaving them vulnerable to a health care market poorly suited to their needs,” her policy plan said.

Trump, however, wants to expand the VA Choice Act and offer eligible veterans the opportunity to find treatment from an outside care provider, echoing suggestions from the VA Commission on Care and a proposal from Sen. John McCain (R-Ariz.).

Clinton’s thoughts on private sector involvement in VA health care seem to echo those of the current administration, which is now actively dismissing the Commission’s recommendation.

“Some have argued…VA can best serve veterans by shutting down VA healthcare altogether,” Secretary Bob McDonald said recently at the Veterans of Foreign Wars annual convention. “They argue that closing VHA is the ‘bold transformation’ veterans and families need, want and deserve. I suspect that proposal serves some parties somewhere pretty well. But it’s not transformational. It’s more along the lines of dereliction. It doesn’t serve veterans well. And it doesn’t sit well with me.”

Clinton would establish a VHA Strategic Oversight and Governance Board made up of health care and management professionals, which would “provide oversight of VHA management processes, monitor accountability, promulgate best practices and ensure the VHA remains true to its mission of putting veterans first,” the plan said. Her suggestion isn’t far off from one included in the VA Commission on Care’s recent report to Congress, which recommended VA develop a board with similar responsibilities.

She suggested reorganizing and restructuring the Veterans Health Administration to focus on its role as a “health care provider, partner and payer” for veterans and suggested VHA look to partner more with existing programs, such as Medicare, TRICARE, the Indian Health Service and other private insurance options.

Clinton also wants DoD and VA to look collectively at their respective health care programs and find ways where they can coordinate and combine them. The ultimate goal, the plan said, is to end years of delays that both departments have experienced in developing an interoperable electronic health record.

The plan mentions DoD-VA collaboration yet again as part of Clinton’s recommendation for closing the veterans disability claims and appeals backlog.

In addition to adding more overtime work to address the backlog, Clinton suggested both departments work together to anticipate and prepare for upcoming waves of veterans claims and adjust resources accordingly.

She also recommended DoD and VA integrate their medical evaluations and use “‘fully developed claims’ from private providers, allowing rules-based automatic adjudication for the simplest of applications and by ensuring veterans have an effective appeals process to make sure the VA gets it right.”

On the issue of accountability, Clinton’s policy plan does not contain as many details.

“From the top leadership to mid-level managers to entry-level employees, everyone at the VA must embody the highest workplace standards,” the plan said. “Supervisors must be empowered to suspend or remove underperforming employees in accordance with due process.”

Trump, however, was more vocal on the issue of accountability in his plan, calling for methods to make it easier for the agency to fire its employees more quickly. 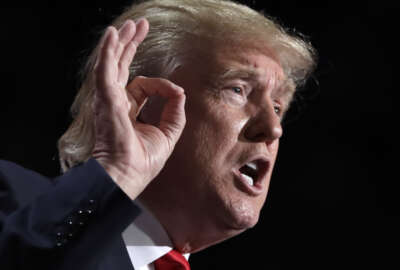 RIFs, a new CIO and 3 other takeaways from VA Commission on Care 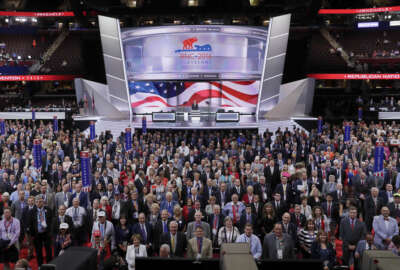