Cuts to EPA’s workforce harm the agency’s mission — or do they?

Environmental Protection Agency employees and workforce advocates say budget-related personnel cuts will severely wound an agency that’s already been cut to the bone, but a new management report from the EPA’s Office of Inspector General warns the agency needs to get a better handle on its workforce and workload if it wants to properly defend its payroll.

For the sixth year in a row, the EPA failed to properly assess its workload — and determine the...

Environmental Protection Agency employees and workforce advocates say budget-related personnel cuts will severely wound an agency that’s already been cut to the bone, but a new management report from the EPA’s Office of Inspector General warns the agency needs to get a better handle on its workforce and workload if it wants to properly defend its payroll.

For the sixth year in a row, the EPA failed to properly assess its workload — and determine the amount of people needed to accomplish that work — according to the fiscal 2017 EPA Management Challenges report.

“The EPA needs to more broadly quantify what its full workload entails so that it can more effectively prioritize and allocate available resources to accomplish agency work,” the report stated. “The EPA’s ability to assess its workload and estimate workforce levels necessary to carry out that workload is critical to mission accomplishment.”

According to the management challenges report, between 2005 and 2017 EPA studied workload issues six times, and spent about $3 million in the process.

“For the most part, the EPA has not used the findings resulting from these studies,” the report said. “According to the EPA, the results and recommendations from the completed studies were generally not feasible to implement.”

The agency launched “limited pilots and surveys” to address workforce workloads, and in January 2016, published a Funds Control Manual. The document included tools to help EPA programs compare hours of work and workload.

But EPA has not implemented the results of the manual, the management report stated.

“In the latest response to this management challenge, the EPA stated that rather than trying to create detailed FTE [full-time equivalent] models, the agency focused its workload analysis on current operations,” the report stated. “The agency found that detailed FTE models created a sense of false precision; quickly became out of date due to changing regulations, requirements and systems; and were overly sensitive to relatively small changes in the inputs.”

The report’s findings broaden the conversation around EPA’s workforce and ongoing budget negotiations.

“Without a clear understanding of its workload, it is unclear whether this decline jeopardizes the EPA’s ability to meet its statutory requirements and overall mission to protect human health and the environment, or if the decline represents a natural and justifiable progression, because the EPA has completed major regulations implementing environmental statutes and states have assumed primacy over most media programs,” the report stated.

Among the things EPA can and is doing to address this management challenge is completing its workforce planning tool. According to the OIG’s report, EPA launched the tool’s pilot in the first quarter of fiscal 2017.

The tool compares needed skills with the current supply of skillsets, “so that competency gaps can be identified and addressed through strategic hiring and training/development.”

The tool is expected to be available to the entire agency by the end of fiscal 2017.

The IG’s report included two other areas where EPA can make improvements. They include enhancement of IT security, and improved oversight of states, territories and tribes.

The office removed one management issue from the list, which related to management oversight for fighting waste, fraud and abuse.

IT security started as a management challenge for EPA in fiscal 2001. While EPA’s Office of Environmental Information strengthened the agency’s network infrastructure, because cyber threats are always evolving, it’s important to highlight the need to “proactively manage and bolster the agency’s cybersecurity capabilities,” the report stated.

The EPA IG directed the agency to make a half-dozen changes to how it addresses cyber issues, including dedicating resources to an Audit Follow-Up Coordinator position within the Office of Environmental Information. The position is important for keeping an eye on audit recommendations and ensuring the agency is taking steps to close them.

In that same vein, the IG instructed EPA to develop a process that ensures open audits are addressed, and corrective actions are started and finished — or at least communicated and reported on within the Audit Follow-Up Coordinator.

Ensuring contractors meet IT requirements is also part of the IG’s recommended actions for the cyber management challenge.

EPA’s inspector general also highlighted an “absence of robust oversight” of states, territories and tribes, when it comes to the implementation of environmental laws.

This kind of oversight has been a management challenge for EPA since fiscal 2008, the IG said, and while the agency has improved its review and measurement of inconsistencies in these areas, it hasn’t always used its authority.

To demonstrate a commitment to this oversight, the report stated, “the agency should show it has the capacity and has developed a framework for addressing oversight issues. The agency also needs to develop a system for monitoring state, tribal and territory oversight effectiveness so that it can work toward demonstrating its progress in correcting this management challenge.”

This year’s budget proposes $2.7 billion in state and tribal assistance grants, compared to the $3.5 billion in fiscal 2017. 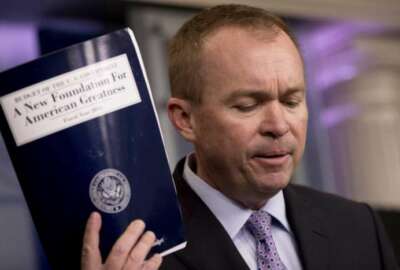 12 key takeaways from the 2018 budget that could affect you