Privatization ‘clearing the runway’ for air traffic control, but unions worry turbulence ahead for FAA employees

Under his new Air Traffic Control Reform Initiative, President Donald Trump said flyers will see improved efficiency and reliability — ditto for the employees behind the scenes.

During his June 5 announcement on the privatization of air traffic control, Trump said employees will be “highly valued” under the plan.

“These are amazing people that know this system so well. And under our plan, they will have more financial security, professional opportunity and far superior equipment,” Trump said from...

Under his new Air Traffic Control Reform Initiative, President Donald Trump said flyers will see improved efficiency and reliability — ditto for the employees behind the scenes.

During his June 5 announcement on the privatization of air traffic control, Trump said employees will be “highly valued” under the plan.

“These are amazing people that know this system so well. And under our plan, they will have more financial security, professional opportunity and far superior equipment,” Trump said from the White House. “Today, we are taking the first important step to clearing the runway for more jobs, lower prices, and much, much, much better transportation.”

The initiative will shift service and “route efficiency” from the Federal Aviation Administration to a non-profit entity. FAA will stay in charge of general aviation safety.

“It’s time to join the future,” Trump said. “That is why I’m proposing new principles to Congress for air traffic control reform, making flights quicker, safer and more reliable.  Crucially, these reforms are supported by air traffic controllers themselves. They’re the ones that know the systems that they want. They know it better than anybody.”

DJ Gribbin, special assistant to the president for infrastructure, said during a June 5 phone call with reporters that the privatization would shift about 30,000 air traffic employees from the government workforce to the non-profit entity, a change that has both supporters and critics.

“We look forward to reviewing the specifics of the air traffic control (ATC) reform legislation so we can evaluate whether it satisfies our union’s principles, including protecting the rights and benefits of the ATC workforce,” NATCA’s Rinaldi said.

Professional Aviation Safety Specialists, AFL-CIO (PASS) National President Mike Perrone said the union opposed the White House’s plan for privatization because it was a “risky” and “unnecessary step at this pivotal point in its modernization.”

“True progress is being made through Next Generation Air Transportation System (NextGen) programs,” Perrone said in a statement. “Breaking apart the system to establish a monopoly will take the focus off the substantial progress already being made. This would slow down enhancements and possibly compromise safety to fix a system that’s not broken. The FAA employees represented by PASS ensure that this country’s National Airspace System is operating safely and efficiently every day. Stripping air traffic control from the federal government will only introduce uncertainty and risk.”

NextGen is the FAA’s modernization plan for air traffic control. Critics of NextGen say it’s taking too long to see progress, but opponents of the privatization, like the American Federation of Government Employees (AFGE), said the system “can only continue to modernize through stakeholder collaboration and consideration of the entire aviation industry and community.”

“A private corporation operated as a monopoly and run primarily by the airline industry will be unable to move forward at the same pace,” AFGE said in a May letter to the House Transportation and Infrastructure Committee.

Congress needs to sign off on the plan. The Associated Press reported that House Transportation and Infrastructure Committee Chairman Bill Shuster (R-Pa.) has proposed using NavCanada as a model.

Shuster could not get enough support to get his privatization bill to the House floor last year, but the AP reported that Trump officials point to the bill as a good starting point.

The AP reported that Democrats have mostly been against the privatization plan, pointing to issues like airline computer system failures as proof that perhaps industry isn’t ready for a major modernization overhaul.

John Thune (R-S.D.), chairman of the Senate Committee on Commerce, Science and Transportation, in a statement, called for “bipartisan support as well as a consensus among the aviation community,” to get legislation through Congress.

Gribbin said removing oversight out from under FAA’s purview would help in situations where controllers report on internal incidents.

Gribbin also said NATCA’s support stems from their belief that under this new system “[air traffic employees] will have a better quality of work,” which can be motivation to help close the staffing gap.

The AP reported that union officials have complained that the FAA has been unable to close staffing gaps at some of the country’s busiest airports.

AP reported there are about 50,000 airline and other aircraft flights a day in America.

A monopoly or a fresh start?

According to the president’s proposed fiscal 2018 budget, the non-profit entity would begin to take over air traffic control in 2021, “with a cap reduction in discretionary spending of $72.8 billion, and reduction in aviation excise taxes of $115.6 billion.”

A 13-member board would provide oversight for the non-profit, and would include members of unions, general aviation stakeholders and government representatives.

The privatization effort is part of an overarching $1 trillion investment in infrastructure proposed by the Trump administration, and kicks off a week of related events for the president. They include stops in Cincinnati to discuss ways to improve shipping freight through inland waterways, and a visit to the Transportation Department headquarters in Washington, D.C., to talk about permitting reform as it relates to infrastructure projects.

The Associated Press contributed to this report. 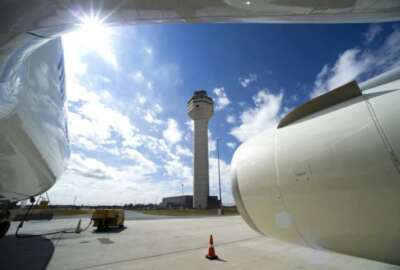 Privatization ‘clearing the runway’ for air traffic control, but unions worry turbulence ahead for FAA employees 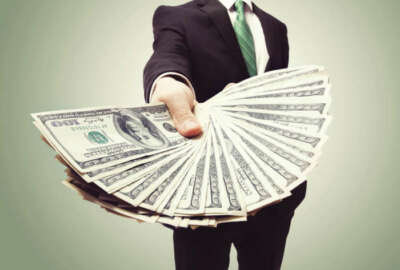