You’ve heard of the retirement wave (or retirement tsunami), but what about the classified records avalanche?

“The government — at least the intelligence community — has been growing leaps and bounds since 9-11, and more and more records are being produced, especially electronic records, and right now we’re...

You’ve heard of the retirement wave (or retirement tsunami), but what about the classified records avalanche?

“The government — at least the intelligence community — has been growing leaps and bounds since 9-11, and more and more records are being produced, especially electronic records, and right now we’re still in a pretty much paper world,” Bradley told Federal News Radio in a recent interview. “So what’s going to come down the pike is worrying, because there’s going to be an avalanche of records. The government’s got to figure out a way to be able to handle that stuff, because I and many of my colleagues in this work are Jeffersonians, in the sense that we believe that democracy is best safeguarded by having the best educated population we can. That means letting people know what their government is doing and has done. And I worry about as we go forward in time, as more and more records become available, how we’re going to be able to get those records to the American people.”

Bradley’s warning comes after ISOO’s 2016 annual report to the president, which includes about 39,000 original agency classification decisions — a 27 percent decrease from fiscal 2015. Agencies reviewed roughly 248,000 pages and declassified about 117,000 of them in their entirety; roughly 92,000 in part, and decided to keep 38,000 of those pages classified in their entirety.

“The numbers haven’t fluctuated a lot over the last few years,” Bradley said. “Agencies are paying more attention to classification, declassification, and they’re also putting a little more money into it. They’re writing better guides so the people who do this work can follow it, and also, they understand there’s more public interest in what the government is doing.”

Agencies also declassified about 39 million pages of “historically valuable records” out of more than 96 million pages.

“I worry about what historians will face 50 years from now when they write the history of what’s going on now, what kind of records they’re going to have, whether they’re going to have access to them at all,” Bradley said. “Even once they’re declassified it doesn’t mean they’re going to go on the shelf that day. It takes a a long time to get the things ready to go to be able to be accessible. So there’s many, many steps to this.”

Not a zero-sum game

Bradley said ISOO has several experimental pilot programs going on across the country to help in the classification effort, such as one conducted with the University of Texas, which uses algorithms to more quickly search documents.

“The hope in all this lies in technology” Bradley said. “There’s got to be more money put into it. You hear the president rightfully talk about reforming our infrastructure in this country. Well, classification and declassification is its own infrastructure. It’s very antiquated, and it’s not getting any better. So we need a new way of looking at this stuff.”

If you ask an agency like the Central Intelligence Agency [CIA] to focus more on classification, they’ll ask whether you’d rather the agency combat terrorism or spend money on looking at what happened during the Bay of Pigs,” Bradley said.

“The answer obviously is we all want to be protected, but we also need to have our history,” he said. “It’d be nice to be able to do both. I don’t think it’s a zero-sum game, but that’s the way it’s often approached. I’d like to see that paradigm change.”

Bradley, who served as the last legislative director for Sen. Daniel Patrick Moynihan (D-N.Y.), chairman of the Commission on Protecting and Reducing Government Secrecy, said perhaps it’s time for another commission to look at the classification issue.

Bradley said the 27 percent decrease in total number of original classification decisions made shows that the 1,200 or so people with classification and declassification authority are taking their responsibilities more seriously and “trying to actually look at this stuff.”

Part of the reason for this improvement in decision-making is that there is better training on Executive Order 13526, published in 2009, which governs classification, Bradley said.

Agencies also  have classification guides, which not only give them more direction, but hold agencies more accountable for their classification decisions.

“It’s not just, ‘Oh, I think this should be [classified],’ you actually now have to give a reason for it,” Bradley said. “You have to think it through.”

These agency guidebooks are also in the process of going through updates, which are done every five years. Bradley said the process requires going line by line through the guides, and any changes must be approved by everyone; agencies can’t just make changes and self-approve them.

“In a perfect world, we would have fewer guides that are more detailed and then automate those guides and then take a lot of this away from human beings, but we’re still quite a bit aways from being able to do that because of the money and the technology,” Bradley said.

And agencies also don’t always see eye to eye on whether or not something should be classified, or have the same cultures regarding information.

The State Department, for example, relies on confidential information, Bradley said, while the CIA might not use it at all.

“There is a recognition that each agency is different,” Bradley said. “The problem is that the executive order is pretty clear about what’s top secret, what’s secret, what’s confidential. What we’re trying to do is at least follow that.”

Bradley said for his short and long-term goals, he’d like to see the report include information that not only informs readers, but makes them think.

“I’d like to see them be a little more user friendly,” Bradley said, for both the average reader and especially for policy makers who want to be able to pull out one sheet of paper and see a short list of important things to know from the latest report.

In the long term, Bradley said he’d like to see some tweaking of the executive order, if not “wholesale reform,” though he acknowledged that will take time and effort, and after all that work is done, thanks to technology’s rapid development, by the time a new EO is written, it will be time for another one.

“The United States, unlike a lot of countries, at least makes an effort to get this stuff out, and although we may not do it as well as some people like, or as quickly, there is a system and there is a lot of time and money and effort put into it,” Bradley said. “Can we do better? Absolutely. Do we need to do better? Absolutely. Do we need more resources and money? Yes. Do we need more big brains looking at this, and coming up with technology that can speed us up? We’re going to have to, or we’re going to drown in our own material.” 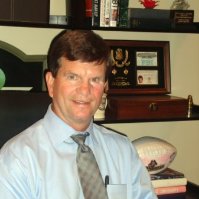 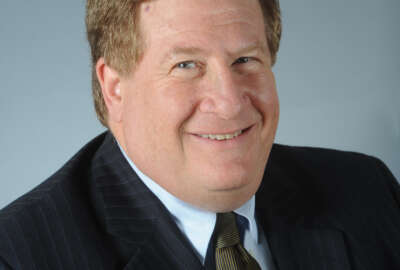