Subscribe to Federal Drive’s daily audio interviews on iTunes or PodcastOne
How much does a question cost?

Thanks to a new online resource from the Council of the Inspectors General on Integrity and Efficiency (CIGIE), you can get the answer. CIGIE’s Oversight.gov is a new one-stop shop that brings together the work of 73 federal IG offices, offering stakeholders — and fellow federal auditors — the opportunity to see real-time inspector general reports and recommendations.

“One of the very important benefits of...

How much does a question cost?

Thanks to a new online resource from the Council of the Inspectors General on Integrity and Efficiency (CIGIE), you can get the answer. CIGIE’s Oversight.gov is a new one-stop shop that brings together the work of 73 federal IG offices, offering stakeholders — and fellow federal auditors — the opportunity to see real-time inspector general reports and recommendations.

“One of the very important benefits of this site is for the public to see what kind of work their watchdogs are doing, because ultimately that’s who we are as 73 inspectors general,” said Michael Horowitz, Justice Department IG and CIGIE chairman, in an interview with Federal News Radio. “We’re there to make sure that taxpayer money is being wisely used, appropriately used, not wasted, and that government programs are being run effectively and efficiently.”

Insight by Genesys: Federal News Network reporters take a look at efforts at Customs and Border Protection, the Defense Information Systems Agency and the Veterans Affairs Department to share insights on how agencies are tackling the CX challenge.

Oversight.gov launched Oct. 1, the first day of fiscal 2018, and notably, the site included information from fiscal 2017. That launch date was chosen on purpose, Horowitz said, so that visitors to the site even on the first day of the fiscal year could see the IG community identified more than $26 billion in potential cost savings for 2017.

“And if they go there today they can see that the new bar graph has started for this fiscal year for the IG community, and we have at this time over $1 million in identified question costs a couple days into the fiscal year,” Horowitz said. “I’m guessing that number will rapidly increase given each year we identify about $20 billion [in cost savings]. I would assume that number will jump substantially as IGs start putting in their reports and start issuing their new fiscal year reports.”

Annual cost savings is just one area highlighted on the site’s front page, along with the number of uploaded reports, and IG recommendations. Horowitz said those focal points were a product of more than a year of planning and development for what the oversight online resource would offer to users.

Horowitz said there are about 6,000 reports and that number will continue to grow as more reports are added.

“The idea of the site is, and this is how it is now working, IGs have committed to when they post a public report on their own website, they will simultaneously post the report to Oversight.gov,” Horowitz said. “And so stakeholders that follow individual IGs will continue to do that, but they’ll also be able to go to this website and see the work of the other IGs that they might not be following regularly where in the past they would have to go to 73 different websites to find.”

The site is less than two weeks old, but Horowitz said plans are already in motion to expand the site.

One of the things CIGIE plans to do in the next few months is to build a new webpage off the site that highlights oversight of disaster assistance.

“That’s something we began at the Council of IGs after [Hurricane] Katrina and continued that through other disaster funding that has occurred, most recently the Sandy funding,” Horowitz said. “And we’ll build a website that will have content on it that allows the public to see how their money’s being used for that disaster assistance and what kind of oversight we and others are providing in that space.”

Horowitz said there is also a new Twitter handle, @oversightgov, which alerts followers when a new report is posted to the site.

The idea for the site started a few years ago among Horowitz, CIGIE Vice Chair and National Science Foundation IG Allison Lerner, and then-Postal Service IG David Williams. Horowitz said discussion started about the need to bring together the IG community, so that stakeholders could go to one place and see the work of the 73 inspectors general who publicly issue reports.

“It became a team effort with the Postal Service OIG, which had and has a very strong tech team that had already built the platform we could use and work off of, which led to the building of the guts of the site, the IT architecture of the site, as well as web design along with a working group of IGs that came together to in essence form a steering committee that moved us forward and we plowed ahead,” Horowitz said. “We spent the last 18 months working to build this site, slowly growing as a community in terms of posting information to the site.”

But the path wasn’t without its hurdles. Not having direct appropriations was a challenge for CIGIE, which is why it relied on the Postal Service’s IG tech team for help building the site. Horowitz said another of the first challenges was deciding on “common business terms” for when users came to the site’s dashboard.

“What were they going to see when they typed in ‘Oversight.gov’ and went to that landing page,” Horowitz said. “And then what kind of functionality could we build in to the site that would enable users to do what we want which is to not only see what our reports said and what they found, but also try and understand and appreciate the breadth and scope of the work of the IG community and the kind of work we do across the community. So we wanted to build a landing page that’s laid out in nice, clear ways how much a question costs; in other words how much money did we believe our recommendations found could be saved, if the agencies implemented our recommendations.”

The result is a place where users can read the IG community’s most recent reports, the most reviewed reports, and fine tune their search for a particular topic. Users can even click on a map of the U.S., to highlight reports for a particular state or more localized area.

“In these times when the federal government needs to identify cost savings given the deficits, given what kind of funding restrictions agencies are dealing with and Congress is looking through the appropriations process to figure out which programs to fund and which programs maybe shouldn’t be funded … this is a tool that will allow them to go to the website, one webpage and look and see what programs are working, compare programs to one another. They can type in a search term like ‘opioids,’ in dealing with opioid crisis, and see which IGs have issued reports on those subjects and what they’ve found,” Horowitz said.

In a statement from Sen. James Lankford (R-Okla.) who was chairman of the subcommittee that heard the Oversight.gov idea, the senator called the website “an important step forward to ensure transparency and accountability in our government.”

“I applaud the council for their commitment to developing this website that will make it easier for the American people to monitor whether federal agencies are operating in an open and efficient manner,” Lankford said in a statement.

Sen. Heidi Heitkamp (D-N.D) who also sat on that subcommittee, said in a statement that the site will make sure federal agencies are “responsive when waste, fraud, and abuse occurs, and that they are working to address outstanding issues.”

“It’s a good day for taxpayers when their government is more accountable and transparent,” Heitkamp said.

Horowitz said aside from stakeholders like the public and policymakers, the inspectors general community is also going to benefit from best practices and lessons learned that are shared through the site.

“What I think is particularly interesting for all of us in the IG community is it allows us to see what our fellow IGs are doing day in and day out,” Horowitz said. “What processes substantively — and process-wise — what their reports look like, what’s the design, what’s the substance. All the things we all want to know about but it wasn’t any more possible for us than it was for the public to follow 73 pages simultaneously.”

Horowitz said the hope is to get more users to the site to get a feel for the opportunity and oversight power it offers, which in turn could drive up support. How dynamic the site is in the future largely depends on funding, Horowtiz said.

“Some of these other things that we’d like to do, like an open recommendations page, and a more dynamic disaster assistance working group page would require greater substantive administration by CIGIE,” Horowitz said, “and right now at least we don’t have the staff to do that.” 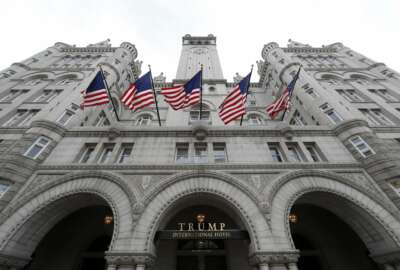 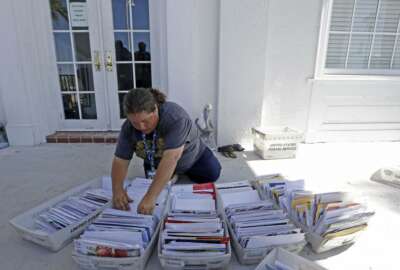