The Trump administration’s proposal to more than double the Census Bureau’s current budget next fiscal year sounds more impressive than what the increase will really mean for the agency, census experts warn.

Under President Donald Trump’s spending proposal for fiscal 2019, the Census Bureau stands out as one of the few federal nondefense agencies that would receive an increase in funding — and by quite a lot....

The Trump administration’s proposal to more than double the Census Bureau’s current budget next fiscal year sounds more impressive than what the increase will really mean for the agency, census experts warn.

Under President Donald Trump’s spending proposal for fiscal 2019, the Census Bureau stands out as one of the few federal nondefense agencies that would receive an increase in funding — and by quite a lot. The budget proposal would increase the bureau’s funding to $3.8 billion, an increase of more than $2.3 billion from current spending levels.

While the spending increase fits a well-rehearsed pattern for the Census Bureau, the Center on Budget and Policy Priorities found that this ramp-up for 2020 pales in comparison to the spending trends of previous population counts.

In preparation for 2010 count, Arloc Sherman, a senior fellow at CBPP, found that Congress increased spending on the Census Bureau by 79 percent between 2006 and 2008.

Similarly, CBPP found that ahead of the 2000 census, lawmakers increased the agency’s budget by 143 percent between 1996 and 1998.

For these comparisons, Sherman used Trump’s proposed $1.68 billion budget for Census in FY 2018, but said the president’s FY 2019 spending plan also “falls well short” of what the agency needs to ensure a successful count.

Phil Sparks, the co-director of the Census Project, told Federal News Radio that ongoing continuing resolutions have put the agency in a tough position that the president’s FY 2019 budget doesn’t fully alleviate.

“You can see it’s short already coming into this fiscal year, and we’re worried that a fair and accurate census is jeopardized if the planning and funding for the decennial census in 2020 is shortchanged,” Sparks said Tuesday.

Decreases in funding have already forced the Census Bureau to reduce the scope of its field tests, which it will conduct this April. The agency originally meant to test its new Census Enterprise Data Collection and Processing program (CEDCaP) in rural West Virginia and suburban Washington state, but had to cut those tests due to the budget shortfall.

Instead, it will hold its one and only large-scale field test in Providence, Rhode Island.

“If it doesn’t go well, there’s really no way to make this up. They’re not going to be able to do any more tests because the test results themselves won’t be available for six or eight months, until the next fiscal year,” Sparks said.

In planning for the field test, Sparks said the Census Bureau intends to test its new IT programs, but won’t be able to test the effectiveness of its advertising, community partnerships or outreach on “hard-to-count” areas, which he said could lead to significant undercounting of African-American and Hispanic populations.

“It’s not only a one-time test, but it’s also foreshortened because they’re not doing the full test,” Sparks said.

If the Providence test goes well, Census will be able to report its level of confidence with its new IT to Congress and the Trump administration. But if the test doesn’t go well, Sparks said the agency will have little choice but to revert back to paper forms, and would serve as a repeat of the 2010 census.

Around this time in the 2010 ramp-up, Sparks said the Census Bureau tried testing handheld electronic devices to help enumerators take the census, but ultimately scrapped the project.

“Frankly, it was a complete failure, and a billion-dollar failure at that,” Sparks said, adding that in terms of the last count, Census remains ahead of the curve in testing its new IT.

However, the 2020 count still remains on the Government Accountability Office’s list of high-risk federal programs.

Sparks said the reason the Census keeps pushing new technology for its decennial counts ultimately comes down to two things — money and accuracy. A digitally driven census count, if properly orchestrated, could save the agency billions of dollars, he said.

“It should be good news for the American taxpayer if it works out, but we’ve got to make sure that our national policymakers come up with enough money in order to make it work. And so far, the signs are not good, that the Congress and the president have shortchanged the census ramp-up process,” Sparks said. 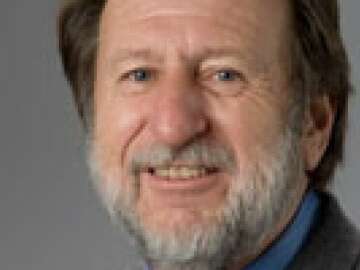