The Trump administration seeks to privatize the Postal Service as part of the sweeping government reorganization plan it unveiled Thursday, which may bring with it a significant pay and benefits changes to more than 600,000 USPS employees.

The White House’s plan for the Postal Service offers a sneak peek into upcoming recommendations from the postal task force that President Donald Trump stood up through an executive order in April.

The Trump administration seeks to privatize the Postal Service as part of the sweeping government reorganization plan it unveiled Thursday, which may bring with it a significant pay and benefits changes to more than 600,000 USPS employees.

The White House’s plan for the Postal Service offers a sneak peek into upcoming recommendations from the postal task force that President Donald Trump stood up through an executive order in April.

The Trump reorganization plan also seeks to consolidate certain agencies or spin off some programs from one agency to another. For example, the proposal seeks to significantly shrink the Office of Personnel Management

Many USPS stakeholders, including Postmaster General Megan Brennan, the postal unions and commercial mailers, have long sought to address the agency’s financial challenges.

“USPS’s current model is unsustainable. Major changes are needed in how the Postal Service is financed and the level of service Americans should expect from their universal service operator,” the reorganization policy states.

This proposal would restructure the Postal System’s business model before transforming it into a privately held corporation.

“USPS privatization through an initial public offering (IPO) or sale to another entity would require the implementation of significant reforms prior to sale to show a possible path to profitability,” the plan said.

In addition, USPS owes an another $15 billion to the Treasury Department’s Federal Financing Bank.

A privatized postal operator, the White House plan proposes, could cut costs by delivering mail fewer days per week and to more central locations, instead of door-to-door delivery.

The Trump administration’s proposal also calls on the Postal Service to revisit its labor agreements with postal unions.

“Freeing USPS to more fully negotiate pay and benefits rather than prescribing participation in costly federal personnel benefit programs, and allowing it to follow private sector practices in compensation and labor relations, could further reduce costs,” the plan states.

Since 2001, first-class mail, one of the Postal Service’s most profitable products, has declined by 40 percent, while marketing mail has fallen by about 10 percent in that time.

The Postal Service has reported 11 straight years of financial loses, and posted a $1.3 billion loss for the second quarter of fiscal 2018, more than double the loss it reported for the same period last year.

“Despite a significant decline in volume in the internet age, the size of the delivery network has continued to grow to meet expectations of the current operating structure. USPS can no longer support the obligations created by its enormous infrastructure and personnel requirements,” the plan states

The path to privatization comes as a surprise to some postal unions.

National Association of Letter Carriers President Fredric Rolando said the White House’s postal task force, which is expected to release further recommendations in August, had made no indication that it would seek to privatize USPS.

“NALC has long been committed to working with all of the stakeholders and not one has floated the idea of privatization except private shippers, who would love nothing more than to see the Postal Service dismantled,” Rolando said in a statement.  “Now that we know that this administration and its Task Force will make recommendations on reforms to achieve OMB’s privatization goals, NALC will work tirelessly with other stakeholders and Congress to oppose this faulty privatization plan every step of the way to preserve this public institution, which is based in the Constitution.”

Mark Dimondstein, the president of the American Postal Workers Union, said the White House’s plan was a “draconian” measure.

“Privatizing the Postal Service is not in the public interest and would be nothing more than a raid by corporate pirates on a national treasure,” Dimondstein said in a statement.

“Ultimately, it will be for Congress to decide whether the best path to financial sustainability is to preserve the Postal Service status as a government institution focused on our mission of public service, while giving us more authority to meet our responsibilities, or whether a profit-maximizing corporate model is preferable,” Brennan said in a statement. We will continue to work with all parties, including the Presidential Task Force established to conduct a comprehensive assessment of the Postal Service, to address these significant public policy issues.” 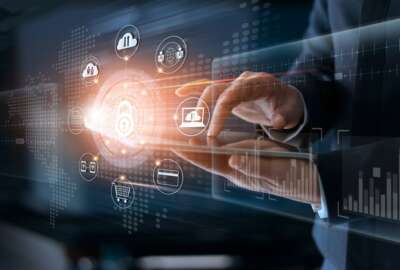