Back in the not-so-good-old days some Scrooge-like employers fired long-time employees — some with 29 years of loyal service under their belt — just before they were eligible to retiree and collect a pension.

Now at least in one case, the Justice Department waited until 26 hours before then-FBI Deputy Director Andrew McCabe would have been retirement eligible to fire him. The Attorney General said McCabe “had made unauthorized disclosure to the news media and lacked candor — including under oath — on multiple occasions.”

McCabe said the attack on his credibility is only “one part of a larger effort not just to slander me personally, but to taint the FBI, law enforcement and intelligence professionals more generally.”

Political-media Washington, which loves a good fight from afar, immediately dug in.

To the left, McCabe is a hero who is only did a good job for more than two decades. His dismissal is, they argue, a warning shot to other career employees who anger the White House.

To the right, McCabe is representative of a “dark government” that often acts against the best interests of the American people and which refuses — or foot drags — carrying out policies of the president who happens to be Donald J. Trump.

To members of the federal workforce here and around the world, the McCabe firing — whether they approve or are horrified by it — is a work-related math problem. The media said that by being fired early McCabe would lose “a substantial” part of his lifetime annuity, and that it would be deferred rather than effective immediately.

To experts in the federal retirement system it seems to boil down to this: right or wrong, his choices now are to take the government to court or get another federal job and work a couple of days, or months, or even years. That, they say, would make him eligible for an immediate civil service annuity. Several members of Congress have reportedly offered him a temporary job under the Federal Employees Retirement System (FERS) that would fulfill his service requirements.

So we went to John Hatton, the National Active and Retired Federal Employees Association (NARFE) deputy director for Advocacy. Here is what he said:

“When McCabe was fired just prior to turning 50 years old, he became ineligible to retire on an immediate annuity under a special provision that applies to law enforcement officers and some others. That provision allows a law enforcement officer to retire when separated from service after becoming 50 years of age and completing 20 years of service.

“Because McCabe separated from service prior to becoming 50 years of age, he is not eligible under the provision. The provision also provides a greater annuity calculation than the typical federal annuity, as the annuity would multiply years of service and the highest three years of pay by 1.7 percent instead of 1.1 percent. Law enforcement officers also pay a greater percentage of their salary to their retirement than other federal employees due to this different annuity calculation.

“Now, some members of Congress reportedly have offered McCabe a job in their personal offices. If he went back to work for a member of Congress, or in any FERS-covered position for that matter, he should be able to retire with an immediate annuity under the special law enforcement provisions. At that point he would be applying for an immediate annuity as he would be separated from service, which includes service for a member of Congress or another federal agency, after becoming 50 years of age and completing 20 years of service as a federal law enforcement officer.

“Another expert said the fact that McCabe was fired for cause, because he is under the law enforcement officers (LEO) version of the FERS program, might make him ineligible at least initially for a higher annuity and might not be eligible for the FERS-Social Security gap payment. So should McCabe take a short-term federal job, or go to court? ‘I’d do both,’ the expert said.

“Bottom line: while this is a major political drama to most people, folks who work for the federal government say it has important — and lifetime — financial implications now. And maybe for other feds in the not-to-distant future.”

Deinophobia is the fear of dinner parties or dining. The fear usually manifests itself as a type of social anxiety or as a specific phobia. 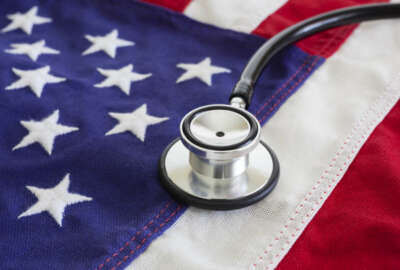 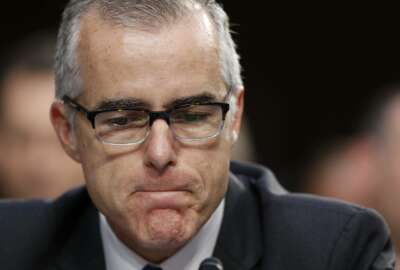