New Navy goal: Move most IT systems to cloud by 2021

The Department of the Navy’s top acquisition official laid out an aggressive IT modernization goal for the Navy and Marine Corps on Thursday: the services should move just about all of the all of the applications they currently host in traditional government data centers to the cloud in three years or less.

The target laid out by James Geurts would represent an acceleration of the five-year timetable...

The Department of the Navy’s top acquisition official laid out an aggressive IT modernization goal for the Navy and Marine Corps on Thursday: the services should move just about all of the all of the applications they currently host in traditional government data centers to the cloud in three years or less.

The target laid out by James Geurts would represent an acceleration of the five-year timetable Navy officials envisioned when they initially embarked on their “cloud first” strategy last year.

Geurts, who was sworn in in December as the assistant secretary of the Navy for research, development and acquisition, framed the cloud push as part of a broader message of “intent” he says he’s tried to communicate to naval acquisition professionals since his Senate confirmation: the procurement process needs to become much more agile, including by delegating more authority to the field, using alternative acquisition processes Congress has already authorized, and adopting innovative commercial technologies as they were designed instead of layering government-unique requirements atop them.

The details of how to implement the accelerated cloud transition will fall mainly to Victor Gavin, the deputy assistant secretary of the Navy for command, control, communications, computers, intelligence, and space.

Speaking the day before to an audience mainly made up of Navy IT professionals, Gavin said the biggest challenge the Navy faces is a cultural one, including how to disseminate an understanding throughout its organizations about what “the cloud” is, and what it is not.

“We tend to continue to talk to cloud as a thing,” he said. “It’s not simply a data center that is hosting our applications, it is a new way of doing business, and that new way of doing business requires us to have new skill sets ourselves to manage our applications in that environment, to manage our security in that environment. It’s going to require new roles for us, and it’s going to require us to get out of certain roles. Those become very hard conversations for us, but we’re going to have to overcome them as we digitize the Navy.”

As a general matter, the cloud first mandate applies to almost everything. Mission owners should find a way to move their applications to commercial cloud providers unless there’s a good reason not to.

But the potential exceptions are few, said Rear Adm. Danelle Barrett, the Navy’s chief information officer. They’re likely to be reserved for such sensitive missions as nuclear command and control and ballistic missile defense.

“We want to take advantage of all of the big data analytics and the tools and the capability that commercial cloud will offer, buying it as a service,” she said. “If we’re going to get to the next level of using our data for operational effects that we can’t achieve today, we need to be able to leverage those kind of tools in a capacity that we can’t match within DoD, nor should we try to. There is going to be an uptick on the cost when you move to the cloud, but our hope is that there will be a return on investment once it settles because of competition between cloud service providers. But we’re not just going to the cloud because we’re going to save money. We’re going to the cloud for the operational effects we can’t achieve by ourselves.”

To speed up its cloud adoption, the Navy has also decided to decentralize its process for matching up legacy IT system owners with commercially-provided cloud environments.

For the past two years, that “brokerage” role has been performed exclusively by the Navy’s program executive office for enterprise information systems (PEO EIS), but  a memo Barrett signed recently gives CIOs at eight different Navy organizations their own authority to broker cloud services on behalf of the customers they already serve. 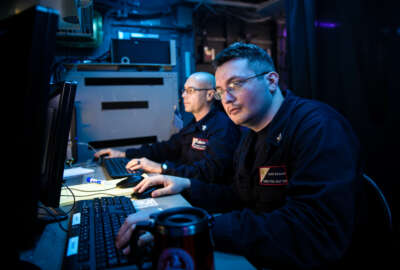 Navy pivots to ‘decentralized’ approach to cloud migration, with new brokers throughout its organization 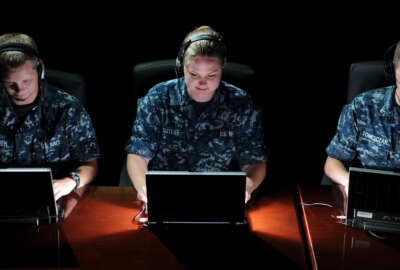 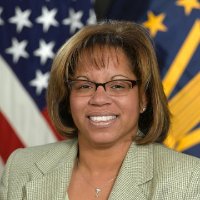 Navy preps cloud-first strategy as next step in modernization efforts