This story was updated Wednesday, Sept. 21, at 9:20 a.m., with information about the winner of the Service to America People’s Choice Medal.

A team from the Centers for Medicare and Medicaid Services will take home the top honor tonight at the 15th Annual Service to America Medals (Sammies) ceremony sponsored by the Partnership for Public Service.

Paul McGann, Dennis Wagner and Jean Moody-Williams will receive the Federal Employee of the Year Medal, in recognition of the public-private initiative they created to improve patient safety and reduce readmissions into hospitals. Their work saved an estimated 87,000 lives and resulted in 2.1 million fewer medical errors and a savings of $20 billion. 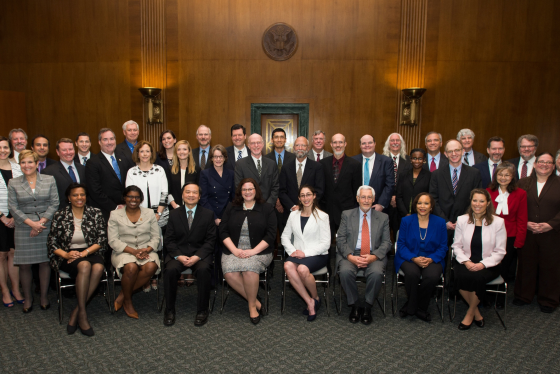 The Partnership for Public Service recently announced the finalists for the 2016 Samuel J. Heyman Service to America Medals.

“It’s an extraordinary event and it’s an extraordinary set of people that we recognize,” Max Stier, the Partnership’s president and CEO, told Federal Drive with Tom Temin. “I can’t think of anything that we do that makes me more joyous and proud of doing the work I’m doing.”

The Partnership will honor the eight winners and all 32 nominees Tuesday night at a gala ceremony hosted by “House of Cards” actor Michael Kelly and Stephanie Ruhle of “Weekend Today Show” and MSNBC.

“These are extraordinary people,” Stier said. “This is a crazy time. We’re in the political silly season and the reality is that whoever wins, they will depend upon the career civil servant that stock our government for their success. If we could have more people like the ones we’re recognizing at the Sammies, we would have better government and that’s what we’re seeking.”

In addition to the awards already announced, the Partnership presented the Service to America People’s Choice Award Tuesday night to Edward Grace and the Operation Crash Team of the U.S. Fish and Wildlife Service. This is the second time that the public has had the opportunity to vote for this award. All 32 nominees were eligible for the honor.

“I don’t know of any other group that has accomplished more and is more modest about it than the people we honor through the Sammies, and that stands out, the sense that it’s about team, it’s about serving the public and it’s not about themselves,” Stier said. “That’s just phenomenal. They’re doing so many amazing things for the public and they’re doing it for the right reasons.”

Anyone can nominate a person for a Sammies award, either by going to the Partnership’s website or the Service to America website.

“When you know of someone who’s doing great work, that’s a great way of showing that you believe that what they are doing is important,” Stier said. “That’s primarily how we get our nominations, through colleagues, through bosses, through leadership in agencies, all over the place. We get somewhere close to 500 of them.”

To choose the winners from the nominees, the Partnership has a selection committee of judges made up of industry CEOs, members of Congress and leaders of non-profits and foundations.

“The idea is to spread the word,” Stier said. “The truth is, every single one of the finalists is a winner, but this evening we’re going to be recognizing a subset of those for the extraordinary work that they do.” 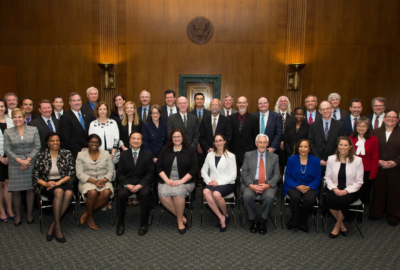 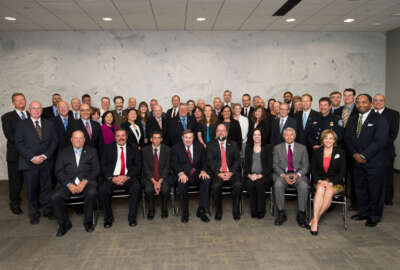