Inside the Reporter’s Notebook is a biweekly dispatch of news and information you may have missed or that slipped through the cracks at conferences, hearings and other events. This is not a column or commentary — it’s news tidbits, strongly-sourced buzz, and other items of interest that have happened or are happening in the federal IT and acquisition communities.

As always, we encourage you to submit ideas, suggestions and, of course, news to Jason via email. 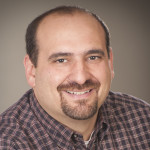 Jason Miller: Where, oh where, have my federal executives gone?
Download audio

Remember Where’s Waldo? from the late 1980s? Well, lately the federal community is playing that game with a growing number of federal officials.

When someone goes on administrative leave, the rumor mill heats up across the federal community and agencies respond with the ubiquitous, “We can’t comment, it’s a personnel matter,” or “Yes, [fill in the person’s name] is still an employee at the agency and we have no other details.”

The latest example is Joe Ward, the now former director of the Interior Business Center.
Multiple sources say Ward has been “reassigned” or put on “detail” as the deputy to the Interior University Chancellor.

Emails to Ward have not been returned.

The Interior press office confirms he’s still an employee at the agency and Ward is listed at the IBC director on the website.

But soon after the news of the first cyber breach at OPM broke, which included data stored on IBC databases, Ward was moved out of the IBC director’s position.

DHS CDM program gets a boost after bid protest win

The long and twisting road that is the Homeland Security Department’s continuous diagnostics and mitigation (CDM) program got a nice jolt earlier this month. The Government Accountability Office resolved a bid protest that has impacted the implementation of new cyber tools and services.

GAO denied Hewlett-Packard Services’ protest of the $29 million award the General Services Administration made to Knowledge Consulting Group in March to provide DHS headquarters with a variety of continuous monitoring tools. Under the deal, DHS and its components will be the first agency to receive advanced tools, including McAfee’s vulnerability manager and ePolicy Orchestrator tools, ForeScout’s CounterACT’s tool for network access control and Splunk’s big data analytics software.

She is moving to industry as a strategic business partner at Federal Management Partners.

“It will be my job to be constantly scanning the federal employment horizon to figure out which issues and ideas will be emerging next so that FMP can preposition itself to help federal agencies with their emerging human capital needs, focusing on the truly strategic,” Buchholz said, in an email to Federal News Radio.

Buchholz has been the NASA CHCO for four years and in the government for 34 years.

While she is leaving government, several federal executives are finding new positions.
Ray Cook will be appointed as the new chief information officer of the intelligence community. The Director of National Intelligence James Clapper announced President Barack Obama’s intent to appoint Cook on July 23.

The never-ending talk about cloud computing makes it seem like agencies have fully bought in and everything is going to the cloud.

But a recent event with several federal technology executives showed just how far cloud and open source have to go.

Stan Kaczmarczyk, the General Services Administration’s director of cloud computing services project management office, said on July 21 at the GovExec and Red Hat cloud conference in Washington, that pick up on the infrastructure-as-a-service (IaaS) blanket purchase agreement has been decent, but not anywhere close to the government’s estimate of $76 million when GSA awarded almost five years ago.

Kaczmarczyk said the BPA has awarded about $55 million in contracts over really the last 3 1/2 years because it took time for the vendors to receive cybersecurity approvals.

He said GSA is hoping to extend the BPA, which ends in October, for another six months as the agency figures out its plans for the next generation of cloud contracts.

“We have a couple of things we are considering new contracts for,” Kaczmarczyk said.