1987 — that was the first time the Office of Personnel Management tried to update its retirement systems.

Over the last 29 years, there has been failure after wrong turn, after change of direction, after smart pauses to reassess the path forward, after new strategy, after failure, after… well, you get it. Federal retirement counselors and OPM’s folks in Boyers, Pennsylvania, where the retirement processing office works, continue to wait for modern technology. And federal...

1987 — that was the first time the Office of Personnel Management tried to update its retirement systems.

Over the last 29 years, there has been failure after wrong turn, after change of direction, after smart pauses to reassess the path forward, after new strategy, after failure, after… well, you get it. Federal retirement counselors and OPM’s folks in Boyers, Pennsylvania, where the retirement processing office works, continue to wait for modern technology. And federal retirees and soon-to-be retirees continue to hope and pray their paper files make it to the right person for processing. Right now, the retirement backlog stands at just over 14,000 as of May 2016.

So when OPM announced it was hiring a new chief information officer and one of its top priorities would be to modernize the systems that process federal employee retirements, the surprise on the press call was audible.

“I think it will be a reinvention of the system and really bring it into a much more modern and automated age with more automation, process and access to our client base,” said Clif Triplett, OPM’s senior cyber and information technology adviser at OPM, during a conference call with reporters on June 1. “Today the system is quite a number of years old, significantly riddled with manual processes. Actually, the number of systems they have would probably be almost shocking in the limited number they have and how much they have to do manually. Our history is paper documents. We want to move to a digital age so the interaction with the retirees, the processing of the change requests and the calculation of benefits and such, I think we will start almost from scratch, looking at the process and how automation can streamline it, make the government more efficient and deliver a much higher level and superior quality of service to our constituency.”

Triplett’s optimism and can-do attitude is exactly what this project needs.

But it’s not new. We’ve heard this type of excitement and optimism before.

Back in 2006, when OPM awarded Hewitt Associates a 10-year, $290 million contract to modernize the retirement system, then-OPM Director Linda Springer said the technology would simplify the maintenance and transfer of records.

Two years later, OPM canceled Hewitt’s contract and said it would move on without the company after it failed “to deliver a functioning retirement calculation engine in support of RetireEZ.”

Prior to that, from 1997 to 2001, OPM developed plans and analyses, and began developing business and security requirements for the program. However, in June 2001, it decided to change the direction of the retirement modernization initiative.

And problems date back to 1987, when OPM spent eight years planning for the modernization effort before an independent review led the agency to terminate its strategy in 1996.

Even under the Obama administration, OPM has changed direction several times over the last six years. In 2010, then OPM Director John Berry promised to take on short-term projects to fix specific parts of the system.

In 2011, OPM hired a chief technology officer to oversee the program, only to change direction again in 2012 with a new plan and strategy to address the growing backlog of claims and implement new technology.

Then, former Director Katherine Archuleta promised a new strategy for IT modernization, only that never took off because of the massive cyber breach OPM suffered in June 2015.

OPM did award a contract in late 2015 to AINS for an enterprise case management system (ECMS) in the cloud to automate federal retirement and investigative processes. But that $24.1 million deal is a small part of the larger effort that is needed.

So here we are, in 2016 with a new acting director, new IT advisers and a soon-to-be new CIO trying once again to move what has been an immovable boulder.

Triplett said while he doesn’t know much about what happened during previous attempts, he believes OPM is prepared to take on the retirement systems modernization challenge.

“I think the leadership in place is well experienced. We are not talking about a crew that doesn’t understand what it is. They’ve gone through some of the challenges that retirement system goes through through the cycles of the year,” he said. “We have the technology already in place to receive it. We have control and understanding of the systems that currently operate it, and we are going through this very deliberate engineering and estimation process. These are solid practices. We have a solid leadership team this time.”

Lisa Schlosser, the acting CIO at OPM, said empowering the CIO under the Federal IT Acquisition Reform Act (FITARA) also will make a big difference because the governance and oversight structures are better than in the past.

“With those components together, the governance, the process and the technology, I think OPM is poised to approach these types of system development differently than in the past,” she said.

Does FITARA and new leadership really mean things are different this time around?

Linda Rix, co-CEO of Avue Technologies and a former OPM executive, said large-scale IT projects across the government — not just at OPM — suffer from common mistakes.

“You tend to see the same requirements for the same business processes that keep resurfacing. It complicates projects like retirement systems modernization because agencies want custom code instead of trying to be adaptive with someone else’s system,” Rix said. “The issue for OPM, and more broadly in the government, is while OMB has been pushing cloud first, and innovation with organizations like GSA’s 18F, at the end of the day what makes it very difficult is the business processes currently in place are not adaptive enough to take advantage of innovation. Projects die under their own weight because there are always different rules and processes that aren’t applied to take advantage of more modern and innovative technologies.”

She said over the years OPM has “sort of paved the cow path repeatedly” when it comes to retirement systems efforts.

“They a need strong and visionary leadership to say we are going to improve on a large scale business processes and make sure we are not lagging behind the technology curve in this effort,” Rix said. “The leadership of that initiative not only has to have good technology vision, but also an in-depth understanding of the business processes so they can challenge as to whether something has to be done like it’s always has been done.”

Rix said too often projects have someone who is good with technology or someone who understands the business end, but not both. That leads to mistakes, cost overruns and other problems because the manager isn’t well rounded enough to control the requirements and scope of the project.

“The other thing OPM needs to look at with the retirement systems modernization project is to make sure they are responding to the end user, the retirement counselors in agencies. The more efficient they are and the more efficient the back end system is, the better the process works,” she said. “OPM shouldn’t focus on their internal business processes and force everything to feed that process. OPM could delegate more authority out and streamline the process and make it more efficient. That change in perspective is what I would look for to see if it’s a serious effort instead of doing back office and automation of business processes.”

So that leads us back to 1987, and the almost 30 years that followed — does OPM have the wherewithal to change its business processes?

Does OPM have the visionary and technical leadership to reinvent how the agency processes retirement claims?

And most of all, will the new CIO, Triplett and others take the time to study the litany of mistakes of the past so as not to repeat them? 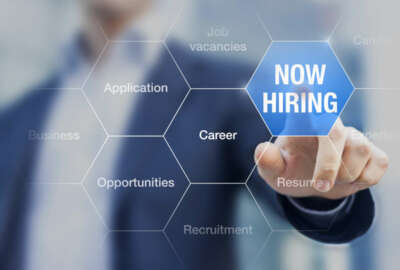 OPM in search of IT transformation expert

OPM plots steps to modernize retirement system IT in 2015