But the recent success of governmentwide multiple award contracts such as OASIS, and the acceptance of a similar approach for the recent $11.5 billion Human Capital and Training Solutions (HCaTS) procurement and the soon-to-be released solicitation for Alliant 2, there is a growing recognition that this may be the future of federal contracting for multiple award, indefinite delivery, indefinite quantity vehicles.

By the way, GSA is expected to release the Alliant 2 request for proposals on or about June 20. GSA released a pre-solicitation notice on June 3. But the coverage of that is for another week’s notebook.

The reason for the optimism about this major change comes from several factors. GSA’s success is one. Add to that, the Defense Department submitted a legislative proposal to Capitol Hill to remove price as an evaluation factor, and there is language supporting this concept in the 2017 Defense Authorization bill currently working its way through Congress, said Alan Chvotkin, senior vice president and general counsel at the Professional Services Council.

Section 825 of the House version of the NDAA included a provision to let DoD “carry out a pilot program under which innovative commercial items may be acquired through a competitive selection of proposals, resulting from a general solicitation and the peer review of such proposals.”

In the Senate’s version of the NDAA, Sen. Tom Carper (D-Del.) submitted a similar provision, but the leadership refused to let it be debated.

Carper’s amendment would have DoD, GSA and the Homeland Security Department to use an unpriced evaluation approach in a pilot program for a contract not worth more than $10 million.

Jeff Koses, the chief acquisition officer at GSA, said at the ACQUIRE conference sponsored by 1105 Government Information Group, that his agency philosophically agrees that the strongest competition happens at the task order level.

GSA is using the authorities in the Federal Acquisition Regulations to take reduce the focus on price. Under OASIS and HCATS, which is under protest by 26 unsuccessful bidders, contractors were asked to rate themselves against a pre-determined set of criteria and the highest rated vendors won a spot on the contract with price not being a major factor.

GSA expects to take a similar approach with the Alliant contracts.

DoD also is starting to look at this concept at the functional domain level.

Ken Brennan, DoD’s deputy director for Services Acquisition in the office of Defense Procurement and Acquisition Policy, said at the ACQUIRE conference that it’s very early in the policy development process where there are only informal and general conversations going on about how this could work for the Pentagon.

But, Brennan said, there is an interest and a growing recognition of where price evaluations matter the most.

The idea of an unpriced schedule or contracts where price is not an evaluation factor is the type of innovation that senior contracting executives are looking for.

One of the major findings in the recent survey by Grant Thornton and PSC highlights an expectation that innovation will increase over the next two-to-three years.

“We need to do better job defining what we mean by innovation and how to define it,” Chvotkin said. “There is no centralized comprehensive strategy for pursuing innovation from government or contractors.”

The 2016 survey was the 8th biennial edition of the survey.

Not surprisingly, the biggest barrier to innovation is the lack of skills among the acquisition workforce and the fear of bid protest.

“Acquisition workers’ inexperience means they tend to focus on compliance and don’t understand the flexibilities in the FAR,” the survey stated. “As a result, they tend to be overly risk averse out of fear of protests or punishment, rather than trying new and different things.”

In the same vein, survey respondents said oversight and compliance requirements got worse over the last two years, but they also expect it to level out over the next two-to-three years.

Respondents said the inventory of service contracts, the overuse of executive orders to mandate changes in federal procurement and responding to so many data calls were among the biggest compliance burdens government and industry face today.

Read more of the Reporter’s Notebook by Jason Miller. 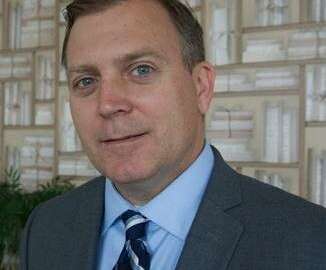 26 protests of $11.5B training contract kicks off busy summer of IT

Jason Miller: What will GSA’s next big governmentwide acquisition contract look like?