The original group of disruptors at the General Services Administration’s 18F is getting smaller by the month. Hillary Hartley, the deputy executive director and creative director, is leaving a few months before her term was to expire.

In an email to staff obtained by Federal News Radio, Hartley said her last official day is April 7.

“This has been the best job I’ve ever had, with the best group of people I’ve ever known,” Hartley said in the email to staff. “Four years ago, we had dreams that felt noble, but kind of impossible, and it is only because of you (and our amazing #alumni) that is now a reality.”

GSA’s 18F organization provides digital and consulting services to federal, state and local governments to help those entities focus on user needs and take advantage of iterative or agile development.

Hartley said she is headed to Toronto, where she will be taking a new leadership role with the province of Ontario.

Hartley has become at least the third senior 18F official to leave in the last few months. She acknowledged the turnover in her email, saying it was a bit above the normal attrition rate. While 18F received an exemption from the hiring freeze, Hartley said the organization isn’t bringing new people on and it’s feeling the stress of recent departures.

“Rob [Cook, Technology Transformation Service commissioner] is clearing blockers and helping GSA and the White House understand our long-term value, and Dave [Zvenyach, 18F acting executive director] has worked his [butt] off to get 18F into a position to be able to withstand both IG reports, the presidential transition and internal leadership changes,” Hartley wrote. “We’ve got new business coming in and you all continue to ship like there’s no tomorrow.”

Hartley joined 18F in December 2013 after spending the previous six months as a Presidential Innovation Fellow.

In her email, Hartley said 18F would hire a new deputy executive director and creative director, and in the meantime, Sarah Milstein and Victor Udoewa are filling in for her in separate roles.

Along with Hartley, former 18F executive Aaron Snow found a new job in industry quickly. He joined cBrain North America as its chief operating officer, the company announced March 9. You may recognize the company cBrain because it’s where 18F founder and the first executive director Greg Godbout landed after he left the Environmental Protection Agency in May 2016.

Snow’s term at 18F also ended a bit earlier than expected on Feb. 28. He was a central figure in a scathing IG report about a series of misdeeds by 18F executives.

And there is more news about another GSA executive finding a new home. Jim Ghiloni, the deputy assistant commissioner of the Common Acquisition Platform, joined Wolf Den Associates as its director of strategy and management consulting.

“Although I wasn’t looking to leave government, I was attracted to Wolf Den’s unique position in the information flow,” Ghiloni wrote in a message to Federal News Radio. “Wolf Den supports over 185 commercial and federal customers, from the smallest to the largest, and across the entire spectrum of Defense, civilian, and intelligence missions — and they do it from the position of unbiased, trusted advisors, with a practitioner’s perspective. It’s a pretty big change, but so far, it’s been wonderful.”

Ghiloni said he believes his experience during his 17 years at GSA, particularly managing programs such as the Alliant and OASIS governmentwide acquisition contracts, has prepared him to play a new role in the federal market. 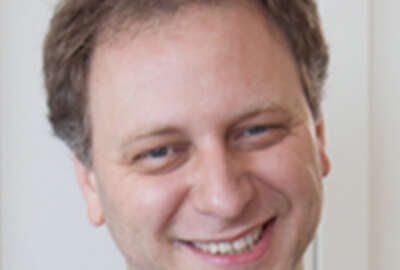 A central figure in 18F IG report to leave government 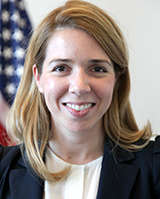