Three memos trying to bust contracting myths weren’t enough. Neither was a proposed rule in the Federal Acquisition Regulations.

But maybe, just maybe, the Homeland Security Department has found a break in the wire that has stopped the government and industry from effectively talking about, sharing and solving problems.

DHS is about to hold its fourth Reverse Industry Day on June 28 in Washington, D.C. as part of its Acquisition Innovation in Motion (AIiM) initiative.

Three memos trying to bust contracting myths weren’t enough. Neither was a proposed rule in the Federal Acquisition Regulations.

But maybe, just maybe, the Homeland Security Department has found a break in the wire that has stopped the government and industry from effectively talking about, sharing and solving problems.

DHS is about to hold its fourth Reverse Industry Day on June 28 in Washington, D.C. as part of its Acquisition Innovation in Motion (AIiM) initiative.

“I wanted to get the government in the audience and industry up [on stage] sharing their perspective. What drives them? What motivates them? How do they view our solicitations? Not for the purposes of critiquing, but for our learning, so we could understand their perspective, we could put ourselves in industry’s shoes and have a better conversation. We are making that progress,” said Soraya Correa, the chief procurement officer at DHS, during the recent ACT-IAC Management of Change conference. “I now have program managers who pick up the phone and say, ‘I’m not real sure. I think we should talk to industry, but I don’t have a solicitation. Can we do that?’ That’s a great question. I’m like, ‘Yes, let’s go. Let’s have a conversation.’ You don’t need a piece of paper, and in fact, you are better off, because there is nothing to protest.”

The concept of holding a reverse industry day slowly is becoming a popular way to break down these barriers in a way no other idea has before.

The IRS, the Defense Department and the General Services Administration are following in DHS’ footsteps in how they are reaching out to industry.

The IRS held a reverse industry day in April.

“This learning event is designed to increase transparency, hear industry’s perspective and experience in working with the IRS (and government as a whole), and understand how levels of industry engagement affect prices, innovation, and competition,” the IRS’ notice in FedBizOpps stated. “The event will provide IRS’ acquisition workforce an opportunity to learn about the issues that are most important to industry when doing business with the IRS.”

GSA is working with the Professional Services Council to hold a reverse industry day on July 10.

Marc Pearl, the president and CEO of the Homeland Security and Defense Business Council, said his organization first proposed this concept to DHS in 2015 and has seen the interest grow.

“All of them came to us because of their interest in not just having industry talk to them, because sometimes that’s too freeform, and they wanted an open opportunity so industry can be honest with government about challenges,” Pearl said in an interview with Federal News Radio. “The concept of having the government in the room, like being a fly on the wall, to be able to have this opportunity to simply listen to what a private-sector gate review is like, or a ‘bid-or-no-bid’ discussion would look like. For government to see the roles play out and understanding the point of view of the CEO or the business development lead or the small business liaison or general counsel is invaluable.”

Pearl said reverse industry days are more than a panel of government contractors complaining about the federal acquisition system, but a deeper view into areas such as debriefs, acquisition planning through early engagement and the eventual decision to bid on a solicitation.

“The mock discussions help the government understand what industry considers when bidding on an RFP given the profit margins are slim, the costs can be significant in terms of people, time and resources,” he said. “Going through that in an unscripted way lets people in the room, whether acquisition and procurement experts or program managers, policy people and the legal counsel understand industry’s perspective.”

At the IRS session, industry addressed three topics: the acquisition timeline, the bid-no-bid decision and how they interpret solicitation requirements.

During the interpretation of requirements panel, for instance, industry executives provided anecdotes around RFP language, what the government wrote, how vendors read it and what the reality was for the contractor.

GSA and PSC are planning on similar topics but substituting the acquisition timeline for a discussion on debriefs.

Pearl said the mock reviews and industry day discussions also include businesses of all types, selling both products and services to the government.

“It’s all about bi-directional communication. How do we encourage engagement during the business planning strategy? How can we identify the problem and encourage people to talk through challenges and get a collective group of people, including industry and academia, to discuss potential solutions?” he said. “That is not being done enough today. But industry is excited about these opportunities not to have tell agencies they are doing something wrong individually, but what concerns they have about the acquisition process without the fear of making the government customer mad.”

Correa said the government doesn’t always understand what they are asking to buy.

“They know their business better than we do,” she said. “One of the reasons I am very adamant about industry engagement and getting out as early as possible to the industry is because I do think it’s a little arrogant that we think we know more about how industry is going to sell that product or service, or how they will price that. I ask them, ‘How do you price that?’”

Pearl said, in the end, these reverse industry days are about how vendors and agencies can innovate the acquisition process.

“The fear of failure is real and there is no reward system for trying something new, so that’s why these reverse industry days are so important and why we’ve been cheerleaders for them,” he said. “The more the government hears about things they can try, things in the long run that we think will result in fewer protests because companies are not making investments in procurements that are faulty, and something that leads to a more effective and efficient way to do procurement, the more people will improve their processes by learning from others who tried something.” 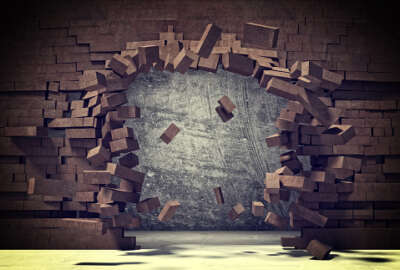 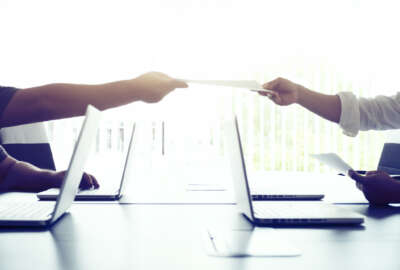 OMB memo count: 31 over last 12 months, including 2 new ones