How DHS got strategic sourcing right

The Homeland Security Department has had a rough couple of weeks around procurement. But despite losing a bid protest for a $1.6 billion cloud computing vehicle and having to cancel its $1.5 billion contract for agile development services, DHS certainly can take solace in the fact that its efforts around strategic sourcing and category management are among the best in government.

The agency’s growing and broad acceptance of the concepts behind category management is leading...

The Homeland Security Department has had a rough couple of weeks around procurement. But despite losing a bid protest for a $1.6 billion cloud computing vehicle and having to cancel its $1.5 billion contract for agile development services, DHS certainly can take solace in the fact that its efforts around strategic sourcing and category management are among the best in government.

The agency’s growing and broad acceptance of the concepts behind category management is leading to a type of efficiency rarely seen in government. So much so that, DHS should be a model for how strategic sourcing works within an agency rather than the governmentwide approach that has struggled.

Jaclyn Smith, the director of the Strategic Sourcing Program Office in the Office of the Chief Procurement Officer at DHS, said the agency has 83 contract vehicles and 26 others in development under its category management program.

Smith, speaking at an AFFIRM panel back in April, said she had to build credibility with the contracting officers and mission areas so they know the goal wasn’t to take money away, but let them move funds from buying common goods and services to mission areas.

“Category management still is at the early stages, we are building that momentum and credibility. It’s getting folks to understand it’s more broad than strategic sourcing,” she said. “It’s actually how they should be managing the goods and services, how they can be more efficient, and how they can align with the marketplace so they are thinking forward with their capability instead of just at the time of the buy.”

To that end, Smith said her office with working with the DHS chief information officer’s office to set up an IT category management working group.

“It’s aligning our procurement organization, and there are nine major procurement organizations, with our CIO organizations, and the enterprise architects are at the time, we are at the able,” she said. “We are talking policy impacts. We are talking about how you are fulfilling now and shifting from ‘OK, this contract is up for recompete, and just because it’s up for recompete, it doesn’t mean we need to recompete it in the same manner that we did before.’ What is driving us? Where is the future? Where are we going and how can we effectively get there? What we found is there are certain stovepipes across any organization and we trying to break down barriers to be more successful.”

Smith said the working group’s goals are two-fold: improve DHS and align their efforts with the governmentwide category management approach.

The first meeting happened in late April where leaders created teams of functional experts to work on these four areas and make policy recommendations for future efforts.

“It’s been easy for me from a strategic sourcing perspective and our successes in savings to say, ‘hey folks this is why we all want to be at the table and get together, there is a benefit, a value proposition,’” Smith said. “But in the same token, we have a lot of data calls and a lot of information that we need to share. GAO has been highly interested in what we are doing in the software world or with certain other policies. So this is in our best interest to get our act together collectively because we need to meet all of these requirements.”

IT services accounted for 40 percent of that all spending under strategic sourcing, while IT hardware, software and professional services made up another 47 percent.

“We may see the mission needs a more focused vehicle versus just a large omnibus type of contract,” she said.

She pointed to the enterprisewide computing services contract and a recent request for proposals for agile delivery services called SEAD as examples of this change in thinking.

“I’ve had a lot of supplier engagement discussions where I’m pushing industry to tell me where they are going as an organization and where are they positioning their research and development dollars? What is it they know about that I don’t yet and how could it be useful?” she said.

As the Trump administration continues to push agencies to buy commodity products in a more efficient manner, DHS’s model should be strongly considered for its support of small business, for not limiting competition and still getting better prices. 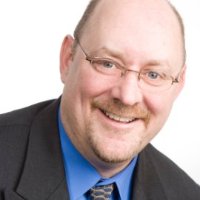 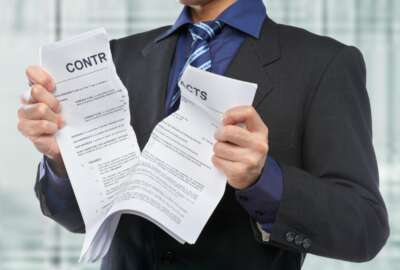 DHS’ internal assessment of its $1.5B agile contract: ‘significant errors and missteps’

Inside the Reporter’s Notebook: A deeper focus on strategic sourcing, boosting acquisition and cyber workforces