The award of the Enterprise Infrastructure Solutions (EIS) telecommunications contract to 10 vendors sounded the starting gun of what traditionally has been an arduous, costly and sometimes contemptuous transition process to a new governmentwide contract.

Even though the General Services Administration has been providing telecommunications services to other federal agencies for 50-plus years, transitioning from one contract to the next has rarely gone as expected.

“I think everyone is drawing a deep breath, but the...

The award of the Enterprise Infrastructure Solutions (EIS) telecommunications contract to 10 vendors sounded the starting gun of what traditionally has been an arduous, costly and sometimes contemptuous transition process to a new governmentwide contract.

Even though the General Services Administration has been providing telecommunications services to other federal agencies for 50-plus years, transitioning from one contract to the next has rarely gone as expected.

“I think everyone is drawing a deep breath, but the real work is about to start. Agencies, the companies and GSA will be real busy,” said Bob Woods,  president of Topside Consulting and a former GSA official who worked on the FTS 2000 contract and has followed the federal telecommunications market for 25 years. “I think as people go through these competitions, they learn something from it, and while I know the fear of transition is a natural thing, you have to manage that fear. Yes, agencies will have their challenges, but the real challenge will be to keep it moving and making progress. Like the others before, EIS will have its difficult moments.”

This is why Bill Zelinski, the deputy assistant commissioner for the Federal Acquisition Service’s IT category management at GSA, has been calling the EIS awards a “race to the beginning,” as in the beginning of the journey.

We all know what happened with the transition to the current Networx contract. But the transition to Networx from FTS-2001 was arduous and costly. The Government Accountability Office estimated agencies spent $395 million more and took 33 months longer than expected.

Zelinski said GSA has learned from its past challenges when it comes to transition.

“We have been working on transition for quite a while with agencies. Even if we didn’t know who the awardees were and we didn’t have the contract awarded, we definitely knew there was work that needed to be done by the agencies to prepare for the transition. As part of that preparation, we did have each agency complete a transition plan and all have submitted their plans,” Zelinski said, during a briefing with reporters on Aug. 2. “You have various plans in different places. Overall, what we received from agencies are good starting points and we continue to work with them to refine those plans, to really validate the inventories and services that they’ve listed in their plans, and to really make sure that everything that needs to be in the plans to handle transition is in there.”

But the reason to fear the transition is less about all the planning agencies have been doing, and more about the experience of Networx.

In many regards, GSA didn’t expect so many agencies to issue complex statements of work (SoW) under Networx and do more lift-and-shift type of deals.

But agencies saw an opportunity to modernize their infrastructure and the massive change in technology from FTS 2001 to Networx drove agencies to use the SoW process.

GSA should expect agencies to do the same this time around, with the evolution of technology between Networx and EIS, as well as the continued strong emphasis from the Trump administration for agencies to modernize their technology.

Zelinski said GSA didn’t develop EIS with IT transformation in mind, but is working with the White House’s American Technology Council’s effort to develop a report on modernization.

“We have been involved in discussions with the group that is drafting that about what EIS is and what it does. I have a lot of confidence that the way EIS was structured in the sense of keeping current on all of the guidance to agencies, whether on cybersecurity requirements or other ones, we have ensured we are in lock step,” he said. “From the perspective of being able to on-ramp new providers or new and emerging technologies without having to go through major contract modifications or changes, allow us to be able to keep in lock step as the emerging requirements come along. I’m comfortable that where we are today, we can deliver on what does come out of that modernization report, and I’m comfortable that the capabilities that are here and present on EIS will allow for those agencies who want to have significant modernization and transformation on network converged capabilities that EIS will not just be an outstanding vehicle, but can and should be a preferred vehicle for those purposes.”

“It gives agencies a broader range of innovation, and more choices and other solutions than typical carrier solutions,” he said.

Zelinski said this is why GSA has spent so much time with agencies, working through the EIS transition team, and has paid close attention not repeat the mistakes of the past.

He said three big things came out of the Networx lessons learned:

Zelinski said he believes GSA has addressed all three of these lessons through its work over the last few years.

Deirdre Murray, a principal at Deirdre Murray & Associates and a former industry executive at several federal telecommunications providers, praised GSA for its work to prepare for EIS.

“GSA smartly leveraged the collaboration tools and platform, such as GSA Interact, and creatively tapped the collective expertise of government and industry through regular engagement with trade/professional associations,” Murray said.

Woods said the fact several agencies have issued requests for information well before GSA awarded EIS is a good thing for transition planning. He said it’s not something he remembers being done before the transition to any of the other new telecommunication contracts over the last 25 years.

Zelinski said it will take at least another six months before agencies can begin awarding task orders under EIS, but they can start releasing solicitations or other contracting documents fairly soon.

He said the delay in making task order awards comes back to the need for vendors to get their back-office systems certified that they meet federal cyber standards.

There are other things to watch as well as the transition. Will any agency try to go off on their own and award a telecommunications contract and not use EIS? The Treasury Department tried to do that in 2005. Congress and the Office of Management and Budget came down hard on them, forcing Treasury back to Networx.

Zelinski said he was unaware of any plans by OMB to make EIS a mandatory source. GSA does plan to seek a “best in class” designation for EIS in the coming months.

Will there be a protest? Industry observers say there were only 11 bidders, one dropped out and 10 won. But because of the complexity of the bids, there could be a reason for one company who won one geographical region, but not another to protest.

So now that the government has reached the end of the first stage of EIS, the three-year countdown clock starts on GSA, the 10 vendors and their agency customers with plenty of eyes watching the numbers tick down.

Are concerns over the transition to the new telecom contract warranted yet? 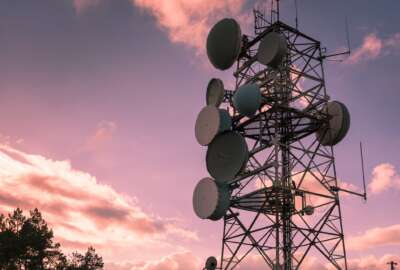