GSA to close down reverse auction platform after 5 years

Look back over the last say 25 years and see if you can remember the last time an agency publicly admitted defeat with a program or project and decided to move on. Don’t think about a contract that failed or even an act of Congress ending a specific program, but focus on a service offering that just...

Look back over the last say 25 years and see if you can remember the last time an agency publicly admitted defeat with a program or project and decided to move on. Don’t think about a contract that failed or even an act of Congress ending a specific program, but focus on a service offering that just couldn’t make it.

It’s hard to find one. Right?

This is why the General Services Administration’s decision to shut down its reverse auction tool on Dec. 31 is significant.

GSA is pulling the plug after just over five years.

“GSA has made the difficult decision to decommission our Reverse Auctions (RA) platform. Unfortunately, the platform did not prove to be financially viable,” Erv Koehler, the acting deputy commissioner of the Federal Acquisition Service, wrote in a note to GSA agency customers and industry partners on Aug. 7. “Our focus now is to ensure the platform is shut down in an orderly way. As such system operations will conclude at the end of Fiscal Year 2018, which means the RA platform will not be available for either the creation or management of auctions after Sept. 30, 2018. Auctions with end dates after Oct. 1, will be allowed to conclude as scheduled. GSA will maintain RA system access for users through Dec. 31, allowing for the retrieval of auction-related documents.”

What’s even more surprising is that fact that Koehler wrote the note to announce the decision. Koehler, who when not acting deputy commissioner is the regional FAS commissioner in Atlanta, spearheaded the reverse auction platform so he launched it and shut it down.

A GSA spokeswoman added: “Decommissioning GSA’s Reverse Auctions will allow GSA to refocus resources and personnel to support other critical growth areas in the Federal Acquisition Service. Our customer service directors are working with current RA vendors and customers to find the GSA tools, platforms and programs that best meet their specific acquisition needs.”

That last sentence from the spokeswoman really is at the heart of why the reverse auction platform ultimately failed. Experts say GSA’s tool never did enough to meet customers’ specific acquisition needs.

Reid Jackson, the CEO of Compusearch, which  runs the FedBid reverse auction platform, buying the company in 2017 —said GSA’s decision caught him by surprise but customer agencies clearly wanted more from the platform.

“We ran into competition from GSA’s account managers at agencies who had competitively awarded contracts with FedBid and it seemed to us GSA was actively competing,” Jackson said in an interview. “There are different models for reverse auctions. GSA was running more of a self-service portal where agencies posted things like they do on eBuy. FedBid is more of a full-service portal where we help buyers recruit sellers and drive competition to the marketplace. This statement by GSA is perhaps evidence that what buyers are looking for is more full service offering to drive competition, save time and actually reduce procurement action lead time. We think buyers want a more comprehensive service offering than a self-service portal.”

GSA says on its reverse auction website that it has awarded $249 million through the platform across 31 agencies.

Tim DiNapoli, GAO’s director of Contracting and National Security Acquisitions, said only a very small percentage of the reverse auctions in the federal marketplace went through GSA’s platform.

“It is worth mentioning that GSA started the initiative some five years ago. It seems to me that despite their efforts, the use of the platform never seemed to pick up enough steam or visibility to make it, in GSA’s eyes, a viable proposition relative to the costs of providing the services or diverting the staff resources from other priorities,” he said.

To some, it was unclear why GSA even got into the reverse auction game in the first place.

One former federal procurement official, who requested anonymity because their current company still does work with the government, said the market spoke years ago about which platform they liked better.

“The GSA tool didn’t have all of the functionality, features and ancillary services that some industry providers offered. The economics of it weren’t any more compelling than using existing tools,” said the former official. “I really hope that the lesson learned here is when GSA or other service providing agency sees an opportunity to improve a technology, service or tool provided by industry already they try to partner with industry to benefit all partners.”

The former official said GSA didn’t work with FedBid or Compusearch, which had its own reverse auction tool before it bought FedBid, to create an integrated offering, and instead tried to compete with the vendors.

“It was clear from the initial look and feel of GSA’s tool that it was modeled after existing reverse auction platforms and used the same characteristics and terminology,” the former official said. “Despite the time GSA took to improve the tool and an aggressive marketing of it, the vast majority of government buyers chose the industry option over GSA’s option. I think this also points to some overriding concerns around GSA’s services in general. I think that with all of the industry and government focus on trying to bring innovative technology to government buyers, this strange imbalance exists where GSA too rarely thinks creatively about how to partner with industry. The reverse auction tool is an example of a missed opportunity to improve service delivery.”

Compusearch’s Jackson said the reverse auction market seems to have settled into a good rhythm and understanding. He said FedBid has seen a 10 percent growth in 2018 over 2017, and for the first time in the last five or so years lawmakers didn’t include any new provisions in the Defense authorization bill targeting reverse auctions. The last memo from the Office of Federal Procurement Policy around reverse auctions came in 2015, and agencies, including GSA, are successfully using reverse auctions with little or no fanfare.

“It is one of many available tools and as such there are places where it makes a lot of sense when buying commercial items,” he said. “Now people are understanding the right sorts of acquisitions that lend themselves and what don’t. I think during the first 5-to-10 years of reverse auctions people may not have understood that as well and may have applied reverse auctions where it wasn’t the right tool.  I think we’ve moved beyond that.”

Jackson said most agencies use reverse auctions for commercial auctions below the simplified acquisition threshold (SAT) of $250,000, and use traditional solicitations for more complex goods and services.

The former federal procurement official said they give GSA a lot of credit for deciding to shut down the reverse auction tool because too often agencies continue to “throw good money after bad for fear of embarrassment of admitting failure.” 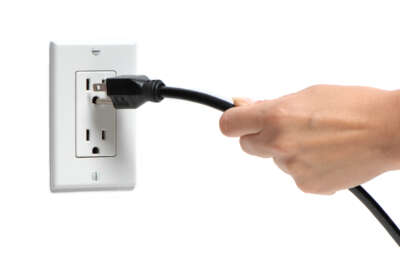