The Senate Tuesday rejected the House’s idea to pay for transportation infrastructure upgrades in part by changing how the Thrift Savings Plan calculates the average interest rate of the G-Fund.

Senate leaders agreed in principle on a new six-year highway authorization bill that would include three years of guaranteed funding for the trust fund. But Democrats voted against a motion for cloture because of concerns that they haven’t had time to read the entire bill,...

The Senate Tuesday rejected the House’s idea to pay for transportation infrastructure upgrades in part by changing how the Thrift Savings Plan calculates the average interest rate of the G-Fund.

Senate leaders agreed in principle on a new six-year highway authorization bill that would include three years of guaranteed funding for the trust fund. But Democrats voted against a motion for cloture because of concerns that they haven’t had time to read the entire bill, meaning the highway fund remains in limbo.

The Senate version of the bill agreed upon by some leaders didn’t include a provision that the House floated to change the G-Fund interest calculation to a three-month average instead of a four-year average.

House lawmakers estimated that change would’ve raised about $32 billion over 10 years. The House passed a five-month extension of the current version of the highway fund last week, but didn’t include the G-Fund provision.

“The Senate has soundly rejected this proposal, and this should be the last time such a proposal rears its ugly head,” said Richard Thissen, president of the National Active and Retired Federal Employees Association. “At a time when federal employees, retirees, job seekers and their families are reeling from news that their most personal information and financial data have been compromised, it is unconscionable that some members of Congress would consider targeting the retirement security of this very constituency to pay for completely unrelated legislation.”

Thissen added this proposal would’ve had a “devastating effect on those in the TSP” while not coming close to providing the necessary funding for the highway transportation bill.

“In reality, the estimated $32 billion in savings resulting from this change would not have been realized. The plan called for the Federal Retirement Thrift Investment Board to divest $21 billion of L Fund holdings from the G Fund, and it would have advised TSP participants to divest as well, drastically reducing G Fund holdings and any resulting savings,” he said. “In addition, such divestment would actually have increased the public debt, as the Treasury Department would have been forced to find the cash necessary to convert G Fund securities to other assets held in TSP accounts.”

If the proposal were in effect today, it would drop the G Fund’s rate of return from 2.25 percent a year to 0.02 percent, said Kim Weaver, external affairs director for the Federal Retirement Thrift Investment Board, which operates the TSP.

“That would make the G Fund virtually worthless for our participants,” she said recently to Federal News Radio.

The G Fund now is the safest and most popular option for TSP participants. Nearly 45 percent of the TSP’s $450 billion in holdings is invested in the G Fund.

Jessica Klement, NARFE’s legislative director, said in an interview on In Depth with Francis Rose Tuesday that the challenge is once an idea is on paper and has a number attached to it, like the G-Fund change did in the idea floated by House budget writers in March, it’s hard to get lawmakers to focus on something else.

“I think this is good news for the 4.5 million TSP participants,” Klement said. “The optimistic part of me says we won this battle, but the pessimistic side says the war isn’t over yet.”

While the battle over the G-Fund seems to be finished — for now at least — lawmakers are considering whether to authorize private collectors to go after unpaid taxes.

The National Treasury Employees Union said in a release late Tuesday that it strongly opposed the provision in the highway bill.

“The use of private collection agencies (PCAs) to collect tax debts has repeatedly been shown to be a waste of taxpayer dollars,” said NTEU President Colleen Kelley. “The Treasury Secretary currently has the authority, but has chosen not to enter into such contracts.”

NTEU said the IRS brought in private collectors in the mid-1990s and again in 2006. Nine years ago, some estimated that the use of PCAs would bring in $2.2 billion in unpaid taxes. NTEU said after the program ended in 2009, it netted a loss of almost $4.5 million.

“If a taxpayer’s case gets assigned to a PCA, the taxpayer effectively has fewer options than other, mostly better off taxpayers,” Kelley said. “To offset the cost of funding the highway bill by letting PCAs — which will pocket up to 25 percent of what they bring in — loose on these taxpayers in not right and should be rejected.” 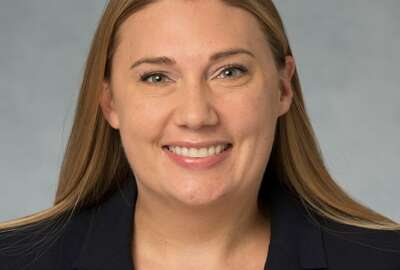 Jessica Klement: TSP is under attack from Congress again