EPA reimagines IT management, services for first time in 15 years

The Environmental Protection Agency is reorganizing its chief information officer’s office for the first time since 1999.

The goal is to create a modern office that takes advantage of current and emerging technology and trends.

“We want to have a structure that allows us to implement and apply our agile principles and practices,” said Ann Dunkin, the EPA chief information officer. “Another really big issue for us is meeting the needs of our internal customers. We have two needs. We want to do a great job helping the public and providing resources to the public, which in our case much of that is the regulated community, our co-regulators, the states and tribes. And then also provide an excellent experience to our staff inside the agency. One of the things we learned as we looked at this reorganization, our organization was too complex to really serve our customers in the agency, so we wanted to be able to serve them better.”

Dunkin, who came to EPA in August 2014, but didn’t become CIO until February 2015 — Congress held up her nomination to be assistant administrator for environmental information and CIO — said EPA realized it needed to update its CIO’s office for some time.

But a combination of staff buyouts and other challenges delayed any real progress beyond putting ideas to paper.

“Very shortly after I arrived, we had the first serious conversation about it and it was quite apparent to me that we needed to change when we started talking about it. Currently we have offices ostensibly focused on collecting data and disseminating data, but those initial concepts which don’t really work well today had gotten muddied over time and offices were very mixed up and the work load is very uneven between the various offices between the breadth of the work across the various offices,” Dunkin said. “We put together a reorganization team composed of folks from both our D.C. office and from our office in Raleigh, N.C., which is where we have our second largest IT group. They conducted hundreds of interview meetings. They met with every employee in OEI who wanted to meet with them. They met with every program office in every region in the organization. They met with former CIOs, former senior officials in the agency. They talked to [technology research firm] Gartner and talked to CIOs and other folks across other companies. They meet with tremendous numbers of people to understand not only what the issues were for the staff and what the issues were for our internal customers, but what the trends were for organizations and for emerging technologies across the government.”

New IT offices at EPA

Dunkin said it was a long — sometimes a frustratingly long — process, but the final outcome gave them an understanding of what the organization needs and perhaps most importantly, buy-in from the staff and leadership for the changes.

At the same time, Congress was working on the Federal IT Acquisition Reform Act (FITARA), which also is ushering in major changes to how agencies structure federal CIO offices.

While EPA was ahead of the law, Dunkin said FITARA is giving her agency additional momentum to look at relationships and accountability across the mission and back-office areas.

The biggest change for EPA’s external customers will be a focus on providing digital services. Dunkin brought on Greg Godbout and shifted Robin Gonzalez to lead the new Office of Digital Service and Technical Architecture.

“That group will have a tremendous impact on programs like e-enterprise and e-manifest and how we work with states, tribes and other regulated communities,” Dunkin said. “The other office that is really going to be heavily engaged in that space is the Office of Information Management because that’s the office that will continue to build, manage our shared services, continue to be a key owner of the exchange network and a partner with the states and tribes.”

She said Digital Service and Technical Architecture is a new office, while OIM will refocus its efforts on building relationships and supporting the enterprise portals.

For internal customers, Dunkin said she is splitting the Office of IT Operations and Planning into two separate organizations. She said the reorganization will refocus the IT Operations office and give the manager a clearer line of sight to the needs of the mission areas.

Second, Dunkin is creating an Office of Customer Advocacy, Policy and Portfolio Management with a customer experience team embedded in that office.

“I describe that as every assistant administrator and regional administrator gets their new best friend from OEI. That person is really designed to be a business partner, not someone who will just troubleshoot or take orders, or be the go-between between the region or program office to tell operations what’s going on,” she said. “It’s someone who will strategically plan and partner with each group so they can understand what they are doing now, what are their future needs and how we set up systems and processes to support those groups and steer them to existing services in addition to creating new services.”

A third shift in her office is setting up the new Office of Enterprise Information Programs, which brings standalone programs like e-FOIA, e-Rulemaking or e-Discovery under one organization to improve how they are managed and deliver services to internal and external customers.

“We end up with one more office than we we have now, but a very different look to all the offices except for security office, which remains mostly unchanged. But they pick up privacy responsibilities and our business operations group looks mostly the same, but we will centralize a few things to get some synergies,” Dunkin said.

She added said the changes didn’t require more staffing or new funding, but a shifting of employees and skillsets.

“I think it’s probably true that no IT organization has all the right people at any time. We do have a number of vacancies so we’re really trying to target the vacancies to the jobs where we have the greatest need,” she said. “We are going to have a combination of things going on. Vacancies where we have identified high level needs and we fill those jobs. We will have people who are changing jobs and there is some cross-training that goes on between the previous person and the new person where they bring them up to speed on their work. And I’m sure there will be some folks where there is a real need for specific training and skill set, and we are more than happy to do that. We could not move everybody to everywhere they wanted to be because we need some stability in the organization, so we are committed to continuing to help people grow and develop and let people move into new positions over time and provide the training necessary to do that.”

Dunkin said she still must complete the consolidation of operations strategy for the new organization and develop new position descriptions for employees who have different roles. 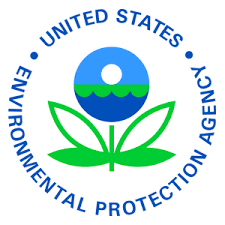