In the autobiography of a famous newspaper editor published a few years back (more of an auto-hagiography) the detail I remember is how, upon becoming managing editor, he undertook the task of thoroughly learning all of the steps in the production process.

In the days referenced, newspapers were printed in letterpress technology. It took many more steps, by many more craftsman, using many more pieces of mechanical apparatus, than today.

Understanding all the machinery would give him, or any editor, a better feel for when in the day stories or layouts could be changed and how to push fine detail through a heavy, complex system. By understanding a process, you can use it more effectively than if it’s just a black box.

The government, despite decades of information technology spending, still operates like a 19th century machine. Anyone coming into authority over and hoping for results from such a complex and delicately calibrated system needs to know what happens between idea and execution.

Getting things done through a bureaucracy is like operating a steam locomotive. If you don’t twist this knob just so, or push that lever to exactly here, or add just the right amount of coal, the train won’t make it up the next hill, or even out of the station. Or the boiler will explode.

Similarly, it takes people — people  with knowledge, skill and planning — to get new plans through government. Otherwise, the bureaucracy will grind everything into dust. Sometimes intentionally, somethings through inertia.

If President Donald Trump wants his regulatory, immigration, environmental or any other priorities to have any solid outcomes, he’ll have to master the federal machinery. No president can work all the levers personally, but they have to understand how the system works. Then put trusted, competent people at the controls, including his own Office of Management and Budget.

Take, for instance, modernizing the government’s sometimes old IT. The Obama administration installed a succession of highly visible chief information officers. They wrote detailed policy plans, set deadlines, engaged the agency CIOs and Congress, and talked about the agenda in public time after time. And even all that barely moved the needle on COBOL code retirement, lowering the ratio of maintenance to development spending, or consolidating redundant data centers. How much less would have happened without sustained technology leadership that got its hands oily in the machinery.

The President has ordered into place a new approach to regulation, asking for retirement of two for every one rule an agency proposes to issue. Regulatory reform might be sound public policy, but in reality nothing will get done without the people in place to continuously push this agenda at the agencies. The White House will need a fully functioning Office Regulatory Affairs. The OIRA administrator requires Senate confirmation, so there’s that challenge. But right now OIRA doesn’t even have a website.

To be sure, some regulatory rollbacks will be controversial and demand real debate. The EPA’s water and air plans come to mind. All rules have some basis in governing philosophy, and many do good. Yet surely among the accumulated pages of rules — the government issues 2,500 to 4,500 new rules every year, according to the Office of the Federal Register, covering 70,000 or 80,000 pages — people can agree on something to retire. But it won’t happen spontaneously. Someone in the White House might want to review this handy summary rule-making published by the Congressional Research Service.

Then there’s cybersecurity. The world is waiting for the Trump administration’s policy specifics here. Agencies have made progress in doing continuous monitoring, getting the Homeland Security Department’s Einstein 3 systems installed and in establishing mobile security. Cybersecurity, too, is a dance among agencies, overseers like the Government Accountability Office, and Congress. The administration needs to get people in place on that dance floor too.

An old management aphorism runs, “You don’t get what you expect. You get what you inspect.”  I’d add, you also need the inspectors. 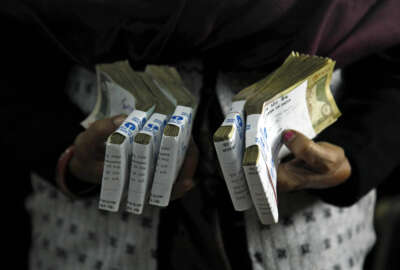