The other big wedding: VA and Cerner

Acting Veterans Affairs Secretary Bob Wilkie and Meghan Markle have something in common. They’re both taking a plunge. Both believe they have a better-than-even chance of success.

Mazel tov to the prince and Ms. Markle. They’ve certainly got a great starter house. But marriage is always a leap of faith. Do your homework, so it’s not like holding your nose and jumping into murky water.

Wilkie sounded eager to tie the knot with Cerner. The $10...

Acting Veterans Affairs Secretary Bob Wilkie and Meghan Markle have something in common. They’re both taking a plunge. Both believe they have a better-than-even chance of success.

Mazel tov to the prince and Ms. Markle. They’ve certainly got a great starter house. But marriage is always a leap of faith. Do your homework, so it’s not like holding your nose and jumping into murky water.

Wilkie sounded eager to tie the knot with Cerner. The $10 billion, 10-year deal was initiated by former Secretary Robert Shulkin. He balked at the last minute. But now the department had decided to move on a new electronic health record.

So will VA and Cerner have an enduring relationship like Queen Elizabeth? She and Philip have been married nearly 70 years. Or will VA-Cerner go the way of Charles and Diana? That one was off from the beginning and ended in divorce.

Cerner’s, er, engagement with the Defense Department is off to a rough start. Deployed at four West Coast locations, the EHR still doesn’t quite work. Software at this scale never works perfectly when you first install it. It’s not as if Cerner doesn’t know what it’s doing. The publicly traded company earned revenues of $5.1 billion in 2017. It’s growing and it’s profitable. It reports 27,000 user organizations in 35 countries. Neither DoD nor VA are betting on an unknown startup.

Therefore I think it’s too early to pronounce judgment on the DoD implementation or make bad predictions for Veterans Affairs.  The technical challenges won’t surprise anyone. For example, repurposing terabytes of legacy data to fit Cerner’s MHS Genesis formats.

Integrating the people and the new systems will probably present the toughest challenge, though. Both departments have large and skilled staffs devoted to the legacy systems. Many a VA employee has spent a career perfecting functions in Vista.

Here’s a twist: Cerner gets 72 percent of its revenue from support, maintenance and services. That implies organizations buying its products climb into bed with it. My question is whether DoD and VA are married forever to Cerner for support, maintenance, and new applications. Or whether  VA Vista and DOD Ahlta employees will pivot to MHS Genesis. The new system employs different languages, database structures, communications protocols.

Programmers, like other professionals, go through stages. At some points in life, they’re eager to learn the latest language to stay current. At some point that gets old and they retire or stay content to maintain legacy systems.

Beyond the programmers and maintainers, the departments also have tens of thousands of users. Doctors also have much in common with mortals. They dislike having procedures changed for them or being told what to do.

Federal agencies have rarely succeeded at simultaneous environmental and technology transformations. Yet this is what both VA and DoD have signed up for. When I last spoke with Shulkin, I told him MHS Genesis would take 20 years. I believe that. I’ve been watching IRS modernization for 25 years and it’s not done.

The other day before I interviewed the Air Force major general responsible for logistics technology. I mentioned that I still remember when the Air Force was wrestling with CAMS-REMIS and TICARRS in the 1990s. Maj. Gen. Cedric George laughed and said CAMS-REMIS is still around!

The requirement for matching DoD and VA health records adds another variable. That’s the whole point of VA signing Cerner. As they each labor to replace their own systems, someone will have to track that variable.

Marriages may be made in heaven, but they’re carried out down here in the trenches. 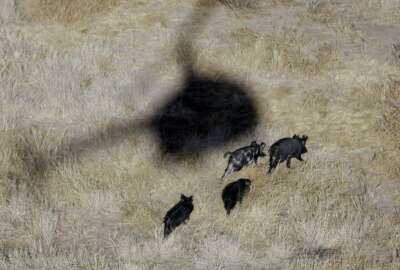