Like many provisions in the president’s other workforce executive orders, federal employees may not notice immediate changes from the White House’s third EO on collective bargaining.

But in the short term, federal labor unions are feeling the burn of all three orders now — at a time when trust between them and the administration was already tenuous.

Unions and experts in the federal community now say they fear these executive orders have shattered an already shaky relationship...

Like many provisions in the president’s other workforce executive orders, federal employees may not notice immediate changes from the White House’s third EO on collective bargaining.

But in the short term, federal labor unions are feeling the burn of all three orders now — at a time when trust between them and the administration was already tenuous.

Unions and experts in the federal community now say they fear these executive orders have shattered an already shaky relationship between the administration and federal unions and pose a murky path forward for the president’s civil service modernization efforts. Any changes of real consequence may require legislation — and support from Democrats in Congress.

But if the administration does want to improve its relationship with the unions, said National Treasury Employees Union President Tony Reardon, these new executive orders, along with a proposed pay freeze and changes to federal retirement, aren’t the best way to begin.

“If Dr. Pon believes that there is a difficult relationship between labor [and management] — given the fact that the administration, and he’s a part of that administration, are doing those things — he is exactly right,” Reardon said in an interview earlier this week. “There is a problem in the relationship.”

Two of the largest federal unions have sued the Trump administration now over two of the president’s executive orders. Federal News Radio has explored the impacts of those orders on accountability and official time earlier this week.

Here’s what federal employees should know about the president’s third EO on “Developing, Efficient, Effective and Cost-Reducing Approaches to Federal Sector Collective Bargaining.”

If negotiations last longer, agencies should consider taking the matter to the Federal Impasse Panel or Federal Mediation and Conciliation Service.

If bargaining is still delayed or an agency believes the union isn’t negotiating in good faith, the agency can either file an unfair labor practice complaint or propose a new contract, memo or other change in agency policy.

The latter option is the move the Education Department took earlier this year, when it ended negotiations with AFGE representatives and announced its plans to implement its own document.

“There clearly was a set of facts there where the negotiations was prolonged over a very long period of time,” a senior White House official said last week in announcing the three executive orders. “That is a situation that does occur with a lot of these contracts, which does create expenses, it creates delays and it’s difficult to manage.”

In addition, the EO also allows agencies to request the exchange of proposals to quicken the negotiation process.

For Tobias, this approach may not achieve the intended result. In his experience, bargaining unit employees may approach the agency’s changes with less interest than if they had been discussed and debated with employee feedback.

“Agencies develop these changes, announce them to the unions and the only recourse the union has is to initiate its right to bargain,” Tobias said. “It results in more time in face-to-face bargaining, longer implementation time and less enthusiastic implementation.”

“It is our position that the CBAs that are currently in place remain intact, and they will remain in effect until they are reopened at the scheduled … or as they expire,” Reardon. “If we were to hear from an agency that they want to open up a contract now, before it’s actually supposed to be renegotiated, we will resist any such thing.”

Trump’s new executive order does establish a Labor Relations Group, made up of the OPM director, staff and individual agency representatives. No labor unions will participate.

The Labor Relations Group will work together to develop sample language that agencies can propose to include in collective bargaining agreements. In addition, the organization will develop ground rules for negotiations, which the administration envisions would speed up the bargaining process and translate as a best practice. Together, agency representatives in the group will help the OPM director find governmentwide approaches to common bargaining issues.

But the administration says these tactics, combined with the suggested negotiation timelines, will ultimately shorten the collective bargaining and negotiation process altogether.

According to the Trump administration, government spent $16 million on salaries for union negotiators in 2016.

Trump abolished the similarly named Federal Labor-Management Relations Council last year, when he revoked an Obama-era executive order that established both the council and union-agency partnerships. Unions representatives, along with the OPM director, sat on the council. 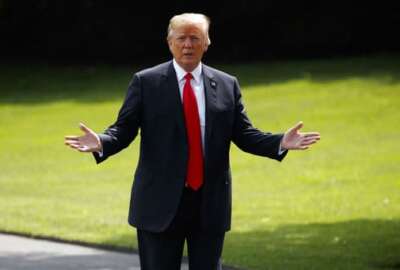