In a move that’s been long-discussed and much anticipated, Veterans Affairs Secretary David Shulkin announced his intention to move VA to a commercial, off-the-shelf electronic health record and turn the page on a new chapter toward achieving interoperability with the Defense Department.

VA will abandon its own, existing Veterans Information Systems and Technology Architecture (VistA) and adopt MHS Genesis, the same EHR system that DoD is deploying. All patient data will reside in one common Cerner...

In a move that’s been long-discussed and much anticipated, Veterans Affairs Secretary David Shulkin announced his intention to move VA to a commercial, off-the-shelf electronic health record and turn the page on a new chapter toward achieving interoperability with the Defense Department.

VA will abandon its own, existing Veterans Information Systems and Technology Architecture (VistA) and adopt MHS Genesis, the same EHR system that DoD is deploying. All patient data will reside in one common Cerner Millennium system.

“It’s time to move forward, and as secretary, I was not willing to put this decision off any longer,” Shulkin said during a June 5 press conference in Washington. “When the Department of Defense went through their acquisition in 2014, they looked at a large number of factors and did a lot of work. The acquisition process, starting from requirements to contract award, took 26 months. We simply can’t afford to wait that long when it comes to the health of our veterans. Because of the urgency and critical nature of this decision, I’ve decided that there is a public interest exception to the requirement for full and open competition in this technology acquisition.”

Shulkin signed a “determination and findings” (D&F) form, which grants special permission for VA to issue a direct solicitation to Cerner Corporation for the acquisition of MHS Genesis.

“This D&F action is only done in particular circumstances when the public interest demands it, and that’s clearly the case here,” he said.

The D&F simply allows the department to begin discussions with Cerner Corporation, Shulkin said. He couldn’t provide a timeline for when VA will begin implementing the new EHR, nor an estimate of how much the project will cost.

Discussions with Cerner on the implementation plan, cost and timeline should take between three to six months, Shulkin said.

“This is the beginning of the process,” he said. “Those discussions are going to be intensively occurring. We’ve brought on extra help, many from the Department of Defense, because we are now working on this together in a way that we’ve never done before to be able to help get to those answers quicker than if VA were to do this alone.”

VA is one of the few civilian agencies that could receive a boost in funding, according to the president’s 2018 budget request. But the budget includes a $215 million cut to IT spending in the department in 2018.

Shulkin told lawmakers in May that he’d likely need to return to Congress to work with appropriators after he decides on the department’s direction for a new EHR.

The department will also decide how other vendors and thought leaders can lend their expertise, Shulkin said.

While the department will adopt the same EHR that DoD uses, the VA system will have additional capabilities so it can achieve interoperability with its community health partners.

“VA clinicians will be very involved in how this process moves forward and in the implementation of the system” Shulkin said. “If [we’ve learned] anything at VA, it’s that if you don’t do this with clinical involvement, it won’t work.”

He told lawmakers soon after confirmation as secretary that he planned to decide by July 1 whether VA would partner with a contractor to take over VistA or whether the department would adopt a new commercial solution altogether.

“I didn’t come to that decision lightly,” he said. “I’ve spent the last several months since becoming secretary reviewing numerous studies, reports and commissions on this topic, including the recent Commission on Care report [that] recommended moving toward an off-the-shelf product. I’ve spent time talking with our clinicians in the VA, and as you may know, I actually use the VistA system myself as a practicing physician in VA.”

There are no lack of studies and opinions on the topic.

Shulkin said he reviewed several studies from the VA inspector general and Government Accountability Office on the department’s EHR. He spoke with chief information officers and met with chief executive officers from some of the major health systems across the country to get their feedback on where they see health IT moving.

At least seven blue ribbon commissions have asked the department to begin thinking differently about its approach to IT, and Congress has urged both VA and DoD to work more closely together for 17 years.

Shulkin’s decision represents a significant shift in thinking for the department, which had once publicly lobbied DoD that it adopt VistA as the military health system’s own EHR.

“We’re essentially eliminating some of the silos and turf battles,” he said during a White House press briefing. “Frankly if you put the veteran and the service member first, you would come to the conclusion that we’ve come to today. Nobody likes to give up power and control over their system.”

In hearing after hearing, lawmakers have shown their frustration with VA and its approach toward VistA. Congress disputed VA’s assertion that it and DoD had met a 2014 congressional mandate to make their respective health data interoperable with one other’s IT systems. Currently, that information is available in read-only mode.

And veterans health care and VA IT acquisition has been on GAO’s high risk list since 2015.

A group of VA clinicians built VistA as one of the first electronic health records in the country, when they began developing the system, without authorization, in the basement of the department in the 1970s. Shulkin called those original VistA developers “courageous” for their work.

And he acknowledged VA’s past role in the EHR and said he was proud of the department’s tradition of finding IT innovations. But he said the landscape has changed.

“That was a long time ago, and our VistA system today is in major need of modernization if we’re going to keep pace [with] what’s happening in health care and all the advances that are going on, not only including clinician needs and technology, but also cybersecurity,” Shulkin said.

VA will also leverage some of the same architecture, tools and processes that DoD is already using to secure and protect its own data.

Shulkin said his concerns about cybersecurity was one of the biggest reasons why he made the decision to adopt DoD’s EHR. 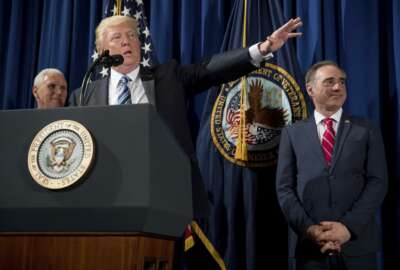 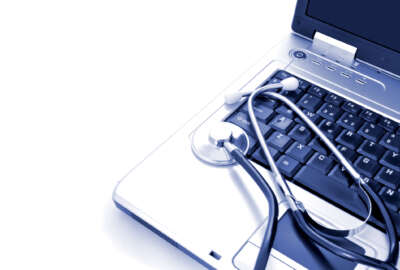