An additional $2 billion for the Veterans Choice Program isn’t the only provision lawmakers rushed to pass before leaving Friday for the August recess.

Under the House Veterans Affairs Committee leadership, lawmakers managed to find a solution that replenishes the Veterans Choice Fund with an additional $2.1 billion dollars and invests in key VA functions.

An additional $2 billion for the Veterans Choice Program isn’t the only provision lawmakers rushed to pass before leaving Friday for the August recess.

Under the House Veterans Affairs Committee leadership, lawmakers managed to find a solution that replenishes the Veterans Choice Fund with an additional $2.1 billion dollars and invests in key VA functions.

In addition, it authorizes leases for 28 major medical facilities, a long-awaited action that the department has asked Congress to take for years.

House lawmakers were on an incredibly tight deadline to find a way to continue the Choice program before the money runs dry in the next two to three weeks. An attempt that only appropriated additional Choice funding failed during a 219-186 vote on Monday after veterans service organizations called for a solution that included a concrete plan to invest more resources into VA and the department’s own modernization.

The Senate must pass the bill before Aug. 15, the date that VA told Congress that the program’s funds would run dry.

The legislation buys members of Congress about six months more to redesign the Choice Program. VA Secretary David Shulkin has already offered a glimpse of his own vision to change the program.

Shulkin praised House lawmakers after it was apparent they came to agreement on new Choice legislation.

“This will allow VA to bring new facilities closer to where Veterans live, and those facilities will bring increased convenience and access to VA health care,” he said Thursday of the House agreement.

The bill’s passage earned praise from VSOs who had raised their concerns over the House Veterans Affairs Committee’s previous attempts to pump more money into the Choice program.

The legislation also earned approval from the American Federation of Government Employees, which has been a staunch critic of recent efforts to change accountability procedures at the department.

“Infusing our nation’s largest healthcare system with $1.4 billion for hiring, workforce improvements and the authorization of 28 new leases that increase the department’s internal capacity to deliver care will make a huge difference at a time when the VA is facing nearly 50,000 vacancies nationwide,” AFGE National President J. David Cox said in a statement. “With the VA now more able to gather data in recruitment, retention, and staffing, there will finally be some transparency, but it’s not enough.”

Here’s a look at a few other key provisions in the bill.

The bill establishes an industry exchange program for executives and employees in the Veterans Health Administration and Veterans Benefits Administration to spend no more than one year at a private-sector company or organization that administers health care or comparable benefits.

The VA secretary will pick between 18 to 30 eligible employees from VHA and VBA to participate in the exchange program. In return, private-sector executives will spend about a year working within the department, the legislation said.

The program is similar to the industry-exchange the Trump administration proposed and asked that Congress include in the 2018 National Defense Authorization Act.

Some agencies, like the Office of Personnel Management, have deployed public-private exchanges on a small scale to fill critical positions.

This legislation gives VA one year to set up the program.

It expands the direct-hire authority for critical positions at the department, including medical center directors.

The bill charges VA to encourage military medical professionals to transition to a position with the department. In addition, the legislation lets the department use excepted service appointments to bring students and recent graduates into certain VA positions.

It also requires the department to develop a promotional track system for certain kind of technical experts to advance their careers.

Finally, the bill tasks the VA to develop a single database that tracks vacant positions at the department. VA should specify whether the vacant position is mission-critical, difficult to fill or a mental health professional.

The legislation encourages the department to use the database to find qualified applicants to fill those difficult-to fill jobs or long held vacancies.

In addition, the bill charges the VA secretary to conduct annual performance plans for political appointees at the department.

Performance plans will be similar to the evaluations that VA career senior executives already receive, the legislation said.

Evaluations will determine how well political appointees recruit, hire and retain top talent, engage and motivate employees, train and develop them for future leadership roles and hold them accountable.

The bill also authorizes the department to develop and conduct a standard exit survey for career employees who leave VA.

It also charges the Comptroller General at the Government Accountability Office to evaluate VA succession planning. 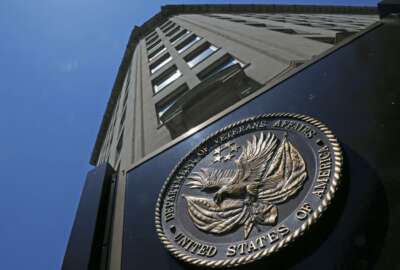 As the Choice program runs out of money this year, VA reiterates need for a redesign