Subscribe to Federal Drive’s daily audio interviews on iTunes or PodcastOne
The Veterans Affairs Department is preparing to award its contract with Cerner Corporation for a new electronic health record in the next month or so.

The award comes after the department announced its decision abandon its own, existing Veterans Information Systems and Technology Architecture (VistA) and adopt MHS Genesis, the same EHR system that DoD is deploying. All patient data will reside in one common Cerner Millennium...

The Veterans Affairs Department is preparing to award its contract with Cerner Corporation for a new electronic health record in the next month or so.

The award comes after the department announced its decision abandon its own, existing Veterans Information Systems and Technology Architecture (VistA) and adopt MHS Genesis, the same EHR system that DoD is deploying. All patient data will reside in one common Cerner Millennium system.

“We released to Congress, to you, a 30-day notice of award of a contract,” VA Secretary David Shulkin said of the EHR during Wednesday’s Senate Veterans Affairs Committee hearing. “We are keeping on the timeline that we talked about. We’re marching forward. We have the principles. I have some updates to share with you on the strategic IT plan, because I think we are making a lot of progress with that.”

Shulkin signed a “determination and findings” (D&F) form back in June, which grants special permission for VA to issue a direct solicitation to Cerner Corporation for the acquisition of MHS Genesis.

Initial discussions with Cerner were expected to take three to six months, Shulkin said when he announced his decision in early June.

Shulkin said part of the department’s IT strategic plan will include a sunset of 80 percent of VA’s current projects under development.

“By concentrating on some specific IT modernization initiatives, like [electronic health record modernization, financial management business transformation], etc., and leveraging cloud and digital platforms, the 80 percent reduction of ongoing development projects is expected to occur within 18 months, which is part of the overall IT modernization roadmap,” VA Press Secretary Curt Cashour wrote in an email.

VA will migrate or stop 240 out of 299 current projects, Cashour added.

A government source familiar with VA said the department is ending development on projects that aren’t going anywhere. The plan is to shift those funds to the new EHR, the source said.

It’s still unclear just how much the new electronic health record will cost, but VA’s IT office faced a $215 million budget cut in the president’s fiscal 2018 proposal.

Shulkin told lawmakers in May that he’d likely need to return to Congress to work with appropriators after he decides on the department’s direction for a new EHR.

The EHR project is a massive undertaking for VA. The department has more than 100 versions of VistA. Those versions exist because VA hospitals largely had the freedom over the past 40 years to change the software to conform to the standards their leaders and doctors wanted to see, former VA IT executives have said.

The department has also outlined the broad principles it envisions it will need in a new EHR, in addition to the other tools and pieces it may need to complement the Cerner system.

“We haven’t gotten to defining which specific tools they are yet, and how we’re going to meet those needs,” Shulkin said. “We’ve talked about the days of VA being a software developer are over, and we’re going to be looking at off the shelf, current technologies. There’s going to be a lot more definition on that.”

This all comes as the VA’s current chief information officer and acting assistant secretary for information and technology, Rob Thomas, announced his retirement next month.

Thomas, who has 35 years of federal experience, took on the CIO position in January, after Laverne Council left because of the change in administration.

VA has been struggling to fill the position since then. Shulkin said during a June budget hearing that a candidate for the CIO position withdrew his name but did not offer a more detailed expansion.

“I need help,” Shulkin told reporters after Wednesday’s hearing when asked about the leadership vacancies. “This is a big, complex organization. I need the best team possible. I need my nominees, all my political appointments to clear through the vetting process and then to go through their confirmation if it’s required. And I need additional people from the private sector who want to come and serve their country to get in touch, because we need the A team on this.” 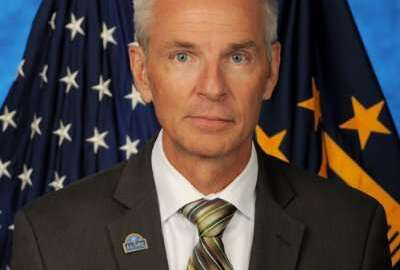