Key to a successful career: Showing up

They say not all who wander are lost. It was only through developing a relationship with both defense and mathematics from an early age, that this former fed found her ticket to the field of analysis.

They say not all who wander are lost. It was only through developing a relationship with both defense and mathematics from an early age, that this former fed found her ticket to the field of analysis.

On this episode of Women of Washington, host Gigi Schumm welcomed Christine Fox, assistant director for policy analysis at Johns Hopkins University’s Applied Physics Laboratory. Fox left APL for five months in early 2014 to serve as acting deputy secretary of Defense, but she has since returned.

Until fourth grade, Fox traveled the world alongside her father as he served in the Navy. Being an only child could have had an effect on the positive encouragement her father gave her for pursuing a career in the STEM field.

While pursuing her graduate degree in mathematics at George Mason University, Fox started working for a small defense contractor. The job required programming that she said was a bit problematic and made her and computers “uneasy colleagues.”

But it was the door to the analysis and national security communities.

“The start wasn’t perfect and I really questioned whether I had made a mistake,” she said.

From 1981 to 2005, Fox worked her way up from a research position to president of the Center for Naval Analysis. She said she was one of only four women to work at CNA at the time.

“I wasn’t happy alone in my office with a computer,” she said. “I needed to be doing analysis that helped people do real things. I liked working with operators [and] with people that had a mission and I liked the thought that the analysis I was doing could enable them to do that mission better.”

Fox said the job at CNA was perfect for her because of the partnerships. It gave her the opportunity to grow in the field and find her niche.

Some of that came from the encouragement of not only her father, but also her leaders. At the beginning of her career, women held very limited roles in defense. In fact, they weren’t even allowed to go to sea.

But she said her leaders recognized something in her, and gave her the chance to prove herself.

“I did have occasions when I was working in the field where there were naval officers who were not used to having a female analyst assigned to them … they would say point blank, ‘You don’t belong here’,” Fox said. “And so I encountered those kinds of things. But even then because I had sort of like … the support of my father in school and I had the support of my leadership at CNA at the time … that didn’t stop me.”

Barriers started to fall away after about six months and Fox was the first female analyst assigned to Miramar (former San Diego Naval base, now assigned to the Marine Corps). She said they weren’t necessarily welcoming at the beginning either, but she thrived in this environment during the Cold War.

In fact, Fox was the inspiration for Maverick’s (Tom Cruise) love interest in the movie Top Gun.

“I had absolutely no ability to vote,” Fox said about the character. “But the positive aspect of it was the fighter guys, the community I worked with every day … actually helped tell the screenplay writers that the character needed to be taken seriously.”

She said she had just started at the Applied Physics Laboratory when the White House called and offered her the job.

“I truly believe when your nation calls, you have a responsibility to serve. On the other hand, I had just left (DoD) and had just started at APL and it had been a difficult transition,” she said. “I just didn’t know.”

After some deliberation, she accepted the job as acting deputy secretary until they could find someone to permanently fill the position. It the second highest position in the DoD and a lot of responsibility. Fox said she wasn’t sure how to handle the job, but after talking with former Defense Secretary Chuck Hagel, she decided to just embrace the temporary position.

“I just went forth and did the job,” she said. “Because you never know how long it going to be before the real deputy is confirmed. It was more than twice as long as we thought when I first went in.”

Her current position at APL requires developing new strategies and projects surrounding analysis and national security. A lot of this entails both being prepared and just being willing to show up and put in the long, hard hours to understand the ever-evolving technology.

“I mean, the full spectrum of things and the technology today in my view is exploding just incredibly fast and not just in the government or in the labs, but very much so in the commercial sector,” Fox said. “So I think that today the biggest challenges we face are in the filed of technology.”

Being openminded both in her career and in her life have helped her thus far.

“Don’t get too discouraged when you’re sitting in your office with your computer and think you’ve made a terrible mistake,” she said. “I think it’s really important to hold on to that [advice] because everybody inevitably will face barriers, men and women, it doesn’t matter.”

Fox said that if you want to do something in your life, you shouldn’t let anything stop you from showing up to win. 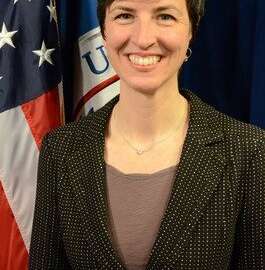 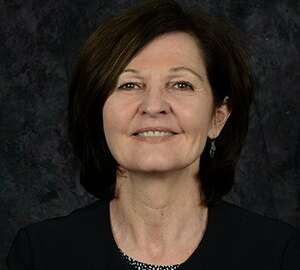 Engineering a career in the intelligence field 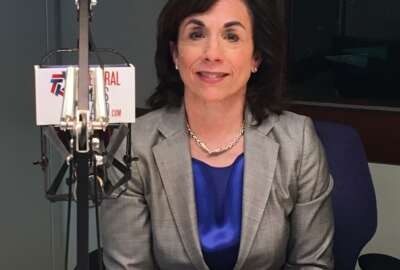